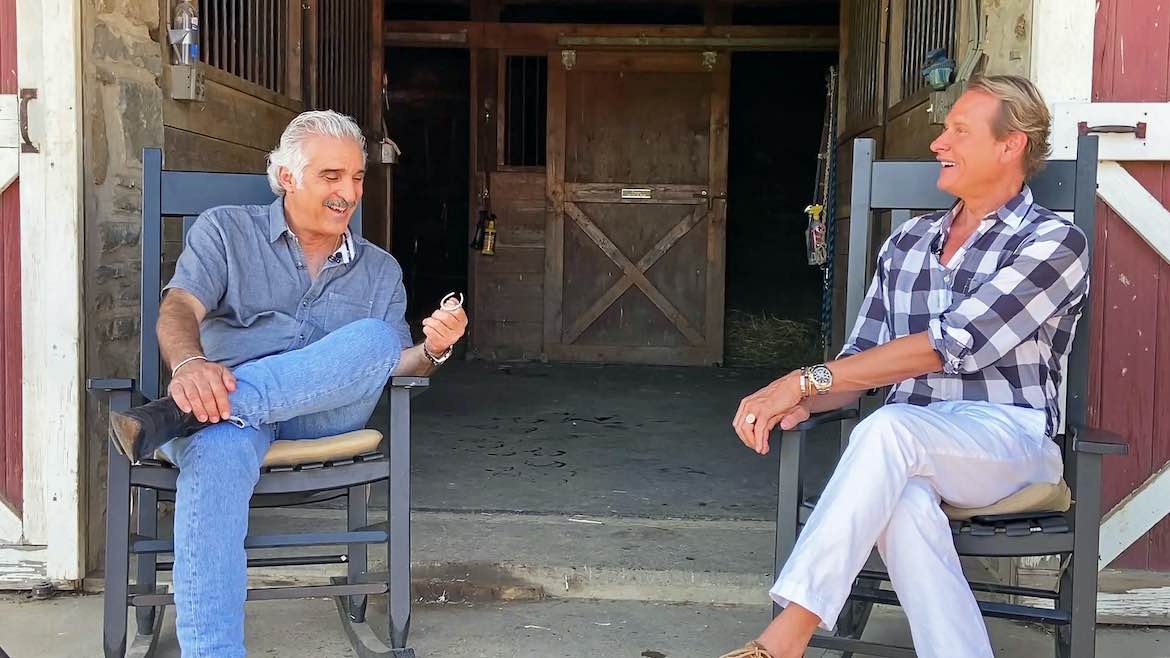 Producers of Antiques Roadshow planned to create a memorable episodes for the series’ 25th season, but no one suspected it would turn out quite this way.

Faced with the production constraints created by the coronavirus pandemic, the team at Boston’s GBH “created a new idea that could be satisfactorily accomplished yet still meet our goal of of teaching history with material culture,” said EP Marsha Bemko Friday at the Television Critics Association virtual winter press tour.

Throughout the show’s long run on PBS, the touring production convened big events and invited people to bring family heirlooms and other collected bits of history and art. Appraisers shed light on the history and estimated value of exceptional items. But with limitations on indoor gatherings and guidelines for social distancing and mask wearing, the traditional production model wasn’t workable in 2020.

This season, instead of recording appraisals of antiques and collectibles owned by people like you, the Roadshow will present “Celebrity Editions,” taking viewers into the homes of actors, musicians, authors and comedians.

Pivoting to this new approach meant postponing delivery of the new episodes until early May. The 25th season opened in January with “vintage episodes and one themed special,” according to publicist Hannah Auerbach.

Producers had to work the phones to find celebrities with interesting collections who were willing to invite the Roadshow into their homes during the pandemic. The show’s appraisers helped to identify prospective participants, Bemko said. “We cold-called.”

“The fact that these folks let us into their lives is a really generous move,  and they had to have a good reason for doing it,” Bemko said. “We made sure we gave them a good reason. We told them we’d answer any questions they asked us, or we’d sure as heck try.”

In trying to find stars from all walks of life with different types of collections, the Roadshow took some surprising detours.

Leno, for example, is widely known for his impressive collection of autos and motorcycles. As he described some of these items during a phone call with Bemko, the comedian mentioned that he had just bought a home in Newport, R.I.

“He was driving by it, stopped by and bought it with everything in it, including the ketchup,” Bemko recalled. “So I said to him, ‘Geez, what’s in there?’ He says, ‘I don’t know.’ And so that’s the story.”

“We helped him explore his Newport house that he bought with furnishings, Asian artworks, paintings — you name it,” Bemko said.

When Leila Dunbar, an appraiser on the series since it began, visited the New York townhouse of musician and actor Blades, she discovered his passion for comic books. “He has the two most important comic books of all time,” she said, referring to Detective Comics 27, which marked the first appearance of Batman, and Action Comics No. 1 with Superman.

Many participants had unique items related to their careers as entertainers. But, like the people who bring their family treasures to Roadshow events, they had little intention of selling them.

“Most people don’t actually do anything with their items,” Bemko said. “Most of what we see that’s worth an enormous amount of money has been inherited. The day you sell it, you can’t afford to buy it back.”

“A fair price [for a dealer] to pay you is half of what it’s worth,” she said. “There’s always a cost to auction if you could find it again. So you don’t find people, unless they have desperate need, selling their objects. They go home. They protect them. They may insure them now.”

In another press tour session, producers of Great Performances discussed how the shuttering of theaters and concert halls brought new productions to PBS.

The filmed, modern-day version of Romeo & Juliet on Great Performances debuting April 23 had been planned as “one of the biggest shows of the year in the Olivier Theatre,” said director Simon Godwin.

But in the wake of the pandemic, England’s National Theatre pitched Great Performances on the idea of turning the play into a stylized film, explained David Horn, series EP.

“We have been developing a relationship with the National Theatre with the intense interest in getting more Shakespeare on the airwaves here,” Horn said. “It was just one of those things that grew out of the pandemic.”

In May, Great Performances will present a new adaptation of Anton Chekhov’s Uncle Vanya starring Toby Jones and Richard Armitage. After the play was forced to close, the cast assembled to film the production at the Harold Pinter Theatre in London.

The next season of Great Performances at the Met, which begins March 19, also adapted to closure of the Metropolitan Opera. Instead of several full-length productions, the series will present 12 new recitals by opera stars performing in historic and picturesque locations, starting with Renee Fleming at the Dumbarton Oaks Estate in Washington, D.C.

Correction: An earlier version of this article incorrectly reported that Antiques Roadshow delayed the debut of its 25th season until May, but series began delivering “vintage episodes” in January and will debut its first celebrity editions in May. In addition, due to an error in the transcript for the Roadshow’s TCA session, the article mistakenly identified humorist John Hartman as a “Celebrity Edition” guest. Humorist John Hodgman will appear in the episode.