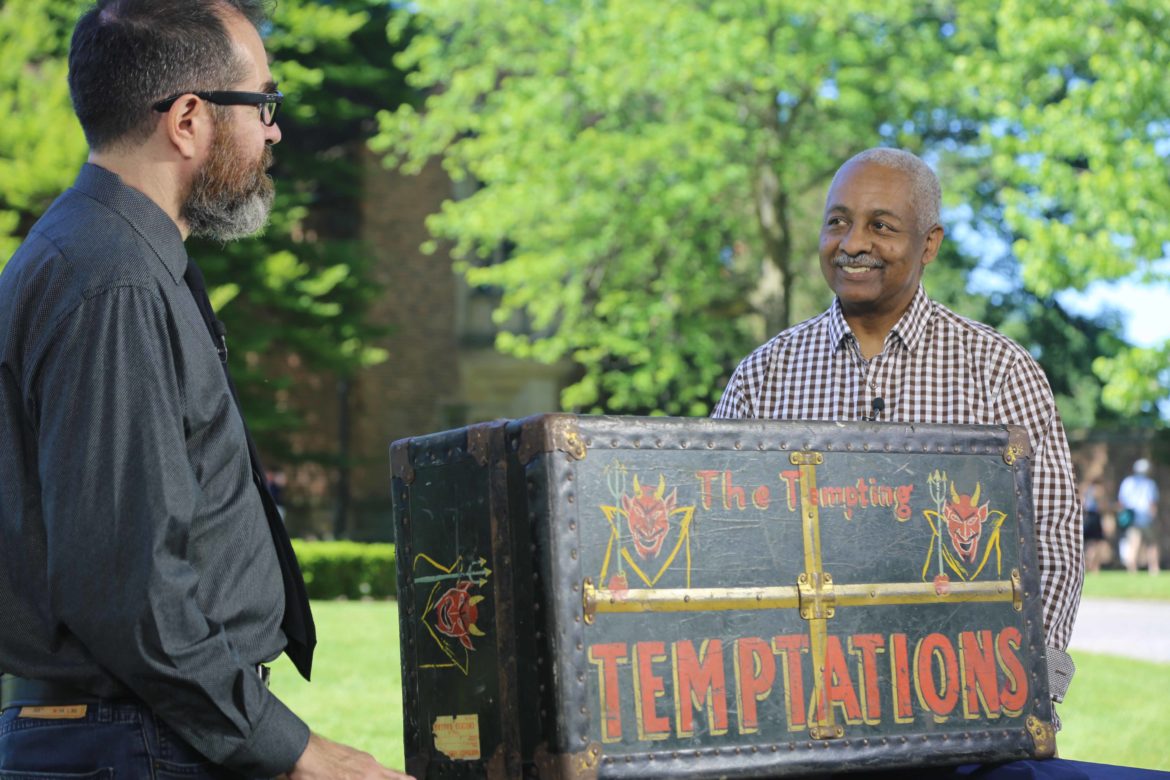 A PBS series designed to deliver moments of genuine surprise has a new one in store for viewers come January.

The 23rd season of Antiques Roadshow introduces a new format of appraisals filmed in and outside historic locations. The change complicates the production but adds a new twist and visual appeal.

Marsha Bemko, EP at producing station WGBH in Boston, said she is always looking for ways to refresh Antiques Roadshow without tampering with its basic appeal. “We’re making changes so that you’ll still love it,” she said. “The core doesn’t change, but if you watched from the first season you’ll see it’s a different show now.”

PBS and stations have long relied on Antiques Roadshow to attract and retain viewers in prime-time and repeat airings. Roadshow leads PBS’ schedule on Mondays, delivering two back-to-back episodes on the second–most-viewed night of the week, but its average season ratings have been slipping, according to a recent analysis by TRAC Media Services. Producers and programmers are hopeful that the format update will turn that around.

Audience research has guided previous changes to Antiques Roadshow, Bemko said, pointing to a 2016 decision to drop field-reported segments in which host Mark Walhberg toured historic locations. Minute-by-minute ratings had shown “a little dip” in viewership during those segments, Bemko said. “I want to make sure we have no dips. My goal is to make a show where you don’t have time to go to the bathroom.”

The decision to begin staging the Roadshow in outdoor locations took time to implement. Two PBS executives who worked with Bemko to make it happen — Beth Hoppe, chief program executive, and Mike Kelley, programming SVP for business affairs and content operations — both departed for other jobs this year. Producers of the original Antiques RoadShow at the BBC also advised Bemko’s team. 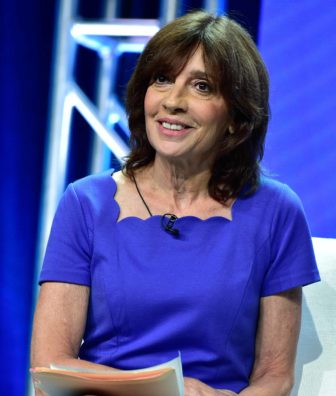 The BBC team moved their production into historic locations more than a decade ago.  “They were very helpful and supportive,” Bemko said. “We know each other’s pleasure and we know each other’s pain. The kinds of challenges we have are mirrored over there.”

The longstanding practice of filming the show in convention centers requires little variation from venue to venue, while each historic location is unique, Bemko said. Shooting outdoors meant developing contingency plans in case of bad weather, but “these are challenges worth confronting,” Bemko said. “There’s a lot more preproduction that goes into it.”

Even so, the added complexity of production hasn’t altered the number of episodes to be delivered; Antiques Roadshow is producing 26 new shows, including its 500th episode, for season 23.

The number of cities included in a Roadshow tour typically determines how many new episodes will air in a given season, according to Demee Gambulos, publicist for the show. A five-city tour typically results in 24 to 26 new episodes.

Programs in the 23rd season were filmed at Churchill Downs in Louisville, home to the Kentucky Derby; the historic Hotel del Coronado resort in San Diego; the Philbrook Museum of Art in Tulsa, Okla.; Meadow Brook Hall, outside of Detroit; and Ca’ d’Zan, the John and Mabel Ringling Museum of Art in Sarasota, Fla.

“This is History Channel meeting ‘Who Wants to Be a Millionaire.’” — Leila Dunbar,  ‘Roadshow’ appraiser

For the 2019 tour that begins in April, Antiques Roadshow will travel to the Desert Botanical Garden in Phoenix; the McNay Art Museum in San Antonio; the Crocker Art Museum in Sacramento, Calif.; Bonanzaville in Fargo, N.D.; and the Winterthur Museum, Garden & Library in Winterthur, Del. Episodes produced from this tour will make up the 24th season debuting in 2020.

The new format also incorporates interviews with appraisers, an element that Bemko is testing, and the short “snapshots” that have already worked to improve pacing of each episode. Producer Adam Monahan scours the crowded venue in search of items “that are cool and totally entertaining,” regardless of their appraised value, Bemko said.

The heart of each program remains the expert appraisals of the variety of antiques, collectibles and memorabilia that locals bring to Roadshow tapings. Each two- to three-minute segment connects a Roadshow visitor’s story of family history or discovery to American history and culture, building up to a big reveal of an item’s estimated value. “This is History Channel meeting Who Wants to Be a Millionaire,” said Leila Dunbar, a sports memorabilia expert from Washington, D.C., and Roadshow regular who appeared on the very first episode in 1997.

Antiques Roadshow is one of the building blocks of PBS’ broadcast schedule, drawing a cumulative audience of 8 million viewers each week, according to Nielsen data cited by Bemko.

“It is the most watched ongoing prime-time PBS series and one of the few shows in the PBS schedule for which the viewer knows exactly what to expect each week,” said Ron Bachman, senior director of programming at WGBH.

But its 1.66 household season average from the 2017–18 season marked a 5 percent drop from 2016–17, according to TRAC Media’s analysis, presented during American Public Television’s Audience Summit last month in Baltimore. TRAC examined season-to-season averages for all PBS prime-time series and pointed to declines in Monday-night viewing as a source of concern.

Kristen Kuebler, director of client services, noted that the household seasonal average for Antiques Roadshow had declined 21 percent since 2012–13.

A conference attendee asked why the show was losing viewers.

“It’s a format that’s been used for many, many years,” said Keith York, director of business development. “It’s probably just starting to lose favor with audiences. … That tends to happen to these series that have been on for that many years.”

Also, Roadshow’s ratings don’t get much of a boost from time-shifted DVR viewings, York said.

“I know the Roadshow people are excited about the new format,” Kuebler said. “It sure looks prettier, that’s for sure.”

Bemko acknowledged the ratings slippage in an interview with Current. She attributed the cause to the enormous proliferation of original programs now available to viewers. “I don’t think there is a veteran show on television, whether it’s on PBS or the networks, that hasn’t experienced the same thing,” she said. “But I do believe that our decline is less than what others have experienced.”

Indeed, TRAC Media’s analysis showed double-digit ratings declines for all but four prime-time series: Finding Your Roots, American Masters, Great Performances at the Met and Secrets of the Dead. Those series have limited footprints in PBS’s national schedule. Seasonal household averages for Independent Lens and POV, the independent film series that follow Antiques Roadshow in the Monday-night feed, are down 21 percent and 6 percent, respectively.

Antiques Roadshow is popular with donors, and the production tour offers stations special opportunities to build relationships with those fans, according to station managers.  A small number of tickets to each local event are set aside for host stations to use in their fundraising. 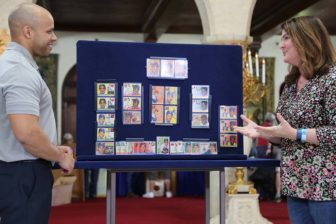 Two stations that hosted the 2018 tour made the most of it by hosting special events when the tour came to town.

The Roadshow’s visit to Churchill Downs coincided with a celebration of KET’s 50th anniversary, said Todd Piccirilli, senior director of marketing and communication at the Kentucky network. The episodes taped at the racetrack will premiere in May, creating a fresh tie-in with the 2019 Kentucky Derby, he said. “We look forward to doing community preview events,” he said.

“Wherever we can do those kinds of events and show a Kentucky connection, it enhances how people feel about KET and public television,” Piccirilli added. KET often hears from the show’s fans. “I know it’s been around for a while, but people still love it.”

Detroit Public Television President Rich Homberg described Antiques Roadshow’s return to his city as “one of the most important things in my life.” The taping allowed him to cultivate major donors, including “a person of very, very significant means” who enjoyed the event “just like … a little kid in a candy store.”

Roadshow’s relationship with member stations is mutually beneficial, Bemko said. “We need them,” she said. “They have to recruit 125 volunteers. Their promotion team works with us to do a lot of advance work. They really work hard to make this a success.” In exchange, Bemko appears at an event on behalf of the host station.

The production tour draws people to events that are unique to local public television stations. Those opportunities have made Bemko instantly popular with attendees at the  PBS Annual Meeting, she joked. Now the hunt for outdoor venues offers a new way to land a tour stop.

“Everybody’s sending us ideas for venues,” Bemko said. “We’re delighted to have them as we build a new database for outdoor venues.”