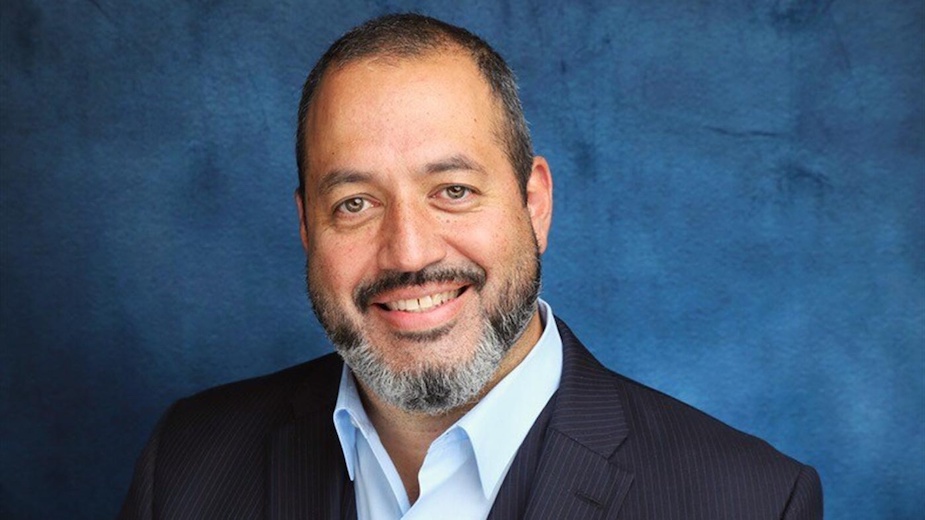 Hugo Balta is no longer employed at Chicago’s WTTW, with the TV station citing the former news director’s roles at outside media outlets and violations of newsroom standards as reasons for his departure.

“We don’t ordinarily comment on personnel matters but we will address Hugo Balta’s public statement. Balta is no longer with the organization,” a spokesperson for WTTW told Current. “This is the result of his undisclosed conflicts of interest related to his operational and editorial roles at other media outlets, which violated the terms of his employment. In addition, he repeatedly violated the WTTW News Standards he committed to uphold and which govern the newsroom he headed.”

The spokesperson declined to specify which news standards Balta violated or to provide details about his alleged conflicts of interest.

Balta told Current that he was “unfairly terminated” after colleagues raised concerns with management over posts he had made on social media. One Instagram post showed Balta doing shirtless push-ups with his son. In another, Balta danced in his boxers in an homage to the famous Tom Cruise scene in Risky Business. Other posts dealt with social and political issues.

According to Balta, WTTW CEO Sandra Cordova Micek also took issue with an op-ed he had written for another news outlet and his work with a Latino-focused media organization. Balta said he declined to accept a severance package and did not sign a nondisclosure agreement because he wanted to publicly tell his side of the story. He said he is considering legal action.

“Signing such an agreement, because of my silence, would be taken as an admission of guilt, which I did not feel to be true,” he said. “They could spin it whatever way they want, but I was unfairly terminated. I’m proud of the work I’ve led, collaborated and done individually this past year.”

Balta joined the station last year as news director and as EP of the nightly news program Chicago Tonight. He later became the host of Latino Voices, a weekly program that premiered on WTTW last year.

Balta also served two terms as president of the National Association of Hispanic Journalists, most recently from 2018–20. He owns the Latino News Network, a collective of online news sites that cover Hispanic and Latino communities in New England, and was publisher and executive editor for one of its news sites, CTLatinoNews.com.

News of Balta’s departure from WTTW was first reported by Media Moves, a publication that covers Latinos in the media industry. Details of the conflict between Balta and newsroom staffers were first reported Friday by Chicago media writer Robert Feder, who later reported on Balta’s exit.

Balta told Current that the conflict between him and colleagues began earlier this month. WTTW host and correspondent Phil Ponce told Balta that he and Chicago Tonight co-anchors Brandis Friedman and Paris Schutz had expressed concerns to Micek about the push-ups and Risky Business videos on Balta’s Instagram account. In response to inquiries, Ponce, Friedman and Schutz all directed Current to a WTTW spokesperson.

Balta said his colleagues deemed the videos “unprofessional [and] inappropriate” and that they said they had “made some members of the news staff uncomfortable.” Balta has since deleted the posts and made his Instagram account private.

“I thanked Phil for reaching out to me and letting me know what had happened and told him I would be speaking to Sandra,” Balta said. He and Micek spoke later that evening, which led to the CEO suggesting “taking the weekend to process what had just happened and reconvene on Monday,” Balta said.

“During the weekend, and it was Super Bowl weekend, I noticed that Phil was canvassing my public Instagram account,” Balta said, adding that Ponce was “selectively liking” several posts that were months, weeks and days old. “That was a cause for alarm,” Balta said.

Balta said he and Ponce had been at odds with each other since last year. Balta said he and upper management had discussed the possibility of not renewing Ponce’s contract with the station. Ponce had transitioned from working full-time to three days a week in 2018 and two days a week in 2019, a decision that was made before Balta joined the station.

“It had become somewhat strained, but he asked me to work through this with his attorney,” Balta said of Ponce’s employment status. When asked whether he felt that Ponce used Balta’s social media activity to retaliate against him, Balta paused and said, “Yes, I do.”

Having reflected on the situation in the past few days, Balta said he believes Ponce launched an “unprovoked personal attack” because of the discussions about Ponce’s employment, adding that their working relationship had become “somewhat severed.” Balta said he is still a strong advocate for both Friedman and Schutz, whom he helped promote to co-anchors of Chicago Tonight.

Balta said he spoke to Micek Feb. 8 and told her that he “felt uncomfortable” about Ponce perusing his Instagram posts, adding that he felt that Ponce was trying to disparage his credibility and integrity. “She acknowledged me but was somewhat dismissive,” Balta said.

Later that day, Micek and Director of Human Resources Kari Hurley met with Balta and gave him a memo summarizing the letter that was authored by newsroom staffers. The memo, Balta said, added that his conduct on social media violated news standards.

“I took 100% responsibility for my actions. I said to both of them that I committed to do better moving forward and be more judicious in what I shared on my social media, not just on Instagram, but across the media that I use, which is LinkedIn, Facebook, Twitter and Instagram” he said. “They did not specify what was wrong with those two videos. [Neither] Sandra nor anyone else specified what was wrong about exercising with my son or a parody, clearly, of a movie. They did not go into that detail.”

Balta said the exercise and Risky Business social media posts were depictions of a “slice of life” during the COVID-19 pandemic, adding that colleagues had not previously raised concerns to him about his social media accounts. Still, he said, he apologized to Micek and Hurley because coworkers were said to be uncomfortable and because he didn’t want the issue to harm WTTW.

The interaction with Ponce led Balta to follow up with Micek, telling her that Ponce’s review of his social media accounts was upsetting. Micek suggested that he speak to Ponce privately to resolve the issue, Balta said.

“When I reached out to him, he made it crystal clear that he didn’t want me as news director,” Balta said of Ponce. “He reiterated that he felt there was irreparable damage. He said he wanted me out.”

Balta said that during the phone conversation, Ponce cited three other social media posts as examples of Balta’s poor judgement. Speaking in his role as NAHJ president, Balta said in a post last year, “Three white co-chairs of the commission on presidential debates have once again denied Hispanics and Latinos a seat at the table approaching election 2020.”

“While #Latinos remain the leading driver of the national population growth, partisan and non-partisan parties alike only engage at a time when there is something to be taken, but rarely ever to be given,” Balta said.

Ponce also raised issues with a post of a photo of Vice President Kamala Harris accompanied by the caption “YAAAAAAASSSS!!!” in celebration of Harris becoming the first woman and woman of color to hold the title of VP, and a post referencing last year’s Black Lives Matter protests.

According to Balta, Ponce said the posts demonstrated that the newsroom leader had a habit of taking political stances on social media. Balta disputes that his posts violated newsroom standards and said he respectfully disagreed with Ponce. “I felt that was the end of that,” Balta said.

But Ponce documented additional social media posts by Balta that he found questionable in an email to the newsroom Feb. 11. Balta said he raised concerns about Ponce with Micek, Hurley and Anne Gleason, SVP of marketing and digital media.

“I said to Sandra, ‘This isn’t me imagining. This is a direct attack,’” adding that Ponce “tried to shame me for two videos, and when that didn’t work he went directly to the news staff with other posts.”

Micek responded that Ponce didn’t follow protocol when he sent additional messages directly to news staffers, Balta said, adding that she was concerned that the dispute would “get out” to media reporters.

Later in the day, Micek followed up with Balta. Balta said that he lost access to his WTTW work emails during the meeting. Micek told him that he would be on a paid leave of absence until the station assessed the situation.

Balta said he worked with WTTW officials to issue a brief statement after he let the station know that Feder had contacted him. “I am grateful for the time to consider personal matters,” Balta said in the statement. “I anticipate a return to the newsroom in early March.”

Balta said he was “ambushed” this week when Micek said she had reviewed his conduct online and felt that there were additional issues with an op-ed he had written last year for CTLatinoNews.com.

In the piece, published in October, Balta said that presidential candidates needed to work for the Latino vote. “The Biden campaign must have consistent and sincere communication with Latinos, especially between the ages of 18-29. Connecting, reminding, and sharing aloud gives a chance to afford change and spark imagination,” Balta wrote. “This is the active and diligent outreach it takes to mobilize our communities. Whereas Donald Trump has done little in his four years in office and doesn’t seem to be on any path leading to gain majority Latino support.”

Micek said Balta violated station rules that bar journalists from publicly identifying “with a candidate or cause in our ‘off-time.’” The rules also say editorial staffers should not “make contributions to a political organization, sign a petition for a candidate or a controversial issue, disclose their political views on any social media, wear a campaign pin, display a political button or bumper sticker, or participate in a rally or demonstration.”

Balta said that Micek told him he could decide how he wanted to leave WTTW. He received messages of support on social media after news broke of his departure.

“To be unfairly terminated this way, it is truly disheartening,” Balta told Current. “It is upsetting. It is taking an emotional and psychological toll on me.”

Following Balta’s departure, Jay Smith, senior supervising producer for Chicago Tonight, is serving as acting EP of the program and will oversee the newsroom on an interim basis, according to the WTTW spokesperson. Friedman, who hosts the station’s Black Voices, will also host Latino Voices on an interim basis.

Update: In an email, a spokesperson for WTTW told Current, “As recently as this past weekend, Balta was listed as publisher and executive editor, owner and leader, and Head of Content on Latino News Network websites. He did not disclose to WTTW management that he still held these roles.”

Balta told Current the head of content title is “a figurative role.”

“I was in contact with LNN staff about content (including advertising and marketing) in an fyi basis, not practice,” he said. “A dynamic I wasn’t given the opportunity to explain to WTTW upper management.”

When WTTW hired him, Balta said, he was asked to give up his title as publisher of Latino News Network, “and that was specific to [CTLatinoNews.com] … LNN had not expanded to Massachusetts or New Hampshire when I started my tenure with WTTW.”

As for Balta’s titles remaining on LNN’s websites, Balta said, “Yes, they’re right — it is there…no denying it, but that’s [more] about poor housekeeping in making changes because of resource limitations than it is about deliberately violating WTTW News standards, a conflict of interest or ignoring conditions of employment.”