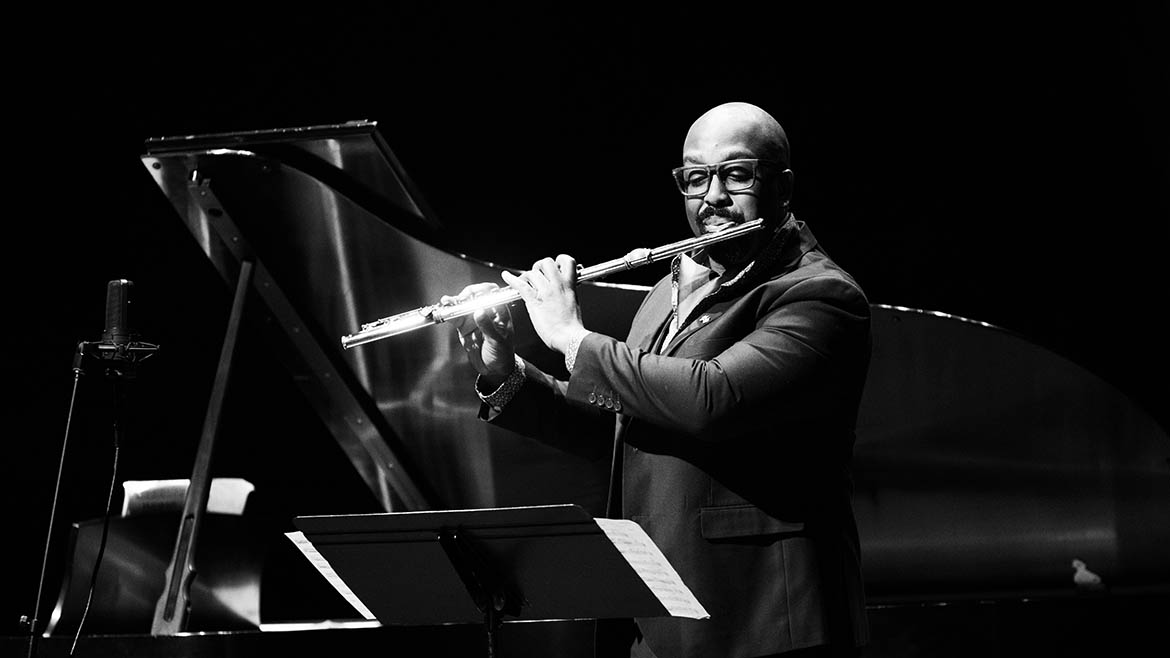 A new All Classical Portland initiative plans to address issues of diversity in the classical world by producing high-quality recordings of music by composers from historically marginalized communities.

Launched Jan. 13, All Classical Portland’s “Recording Inclusivity Initiative” was spurred by a noticeable lack of recorded classical music by people of color, women, LGBTQ and differently abled composers. According to All Classical CEO Suzanne Nance, programming a full day of music by anyone other than white men is extremely difficult.

“We can only play the recordings that exist and that we have,” Nance said in reference to the lack of diverse classical composers.

Data about diversity in the classical world is limited, but the few existing demographic studies point to a largely white and male universe. According to a 2016 study by the League of American Orchestras, African Americans account for less than 3% of orchestral musicians and Hispanics for less than 4%, while just one in 10 classical musical directors are women.

As for how diverse All Classical’s playlists currently are, Nance is unsure. “I know that other stations have been paying attention and collecting data on what their playlists look like. And we have to, but we don’t have enough data yet,” Nance said. “I hope that this initiative will encourage our industry of classical music public radio stations to collect that data and compare notes and talk about how we can continue to do better.”

While the initiative emphasizes a focus on underrepresented communities, All Classical will accept nominations through Feb. 12 for works by composers of any background and from any time period. A selection panel will choose five pieces to be recorded professionally with a chamber orchestra and broadcast on All Classical in the fall.

Studio time and production assistance for the initiative comes from the N M Bodecker Foundation, whose volunteered services total an approximate $20,000. Chris Funk, the creative director for the foundation and multi-instrumentalist for the indie rock band The Decemberists, will oversee the recording sessions.

The panel will also award two contemporary composers weeklong engagements as composers-in-residence at All Classical and the N M Bodecker Foundation, a Portland-based nonprofit committed to strengthening the arts community.

In addition to the foundation’s funding, the initiative was also made possible through a $34,376 grant from the Oregon Cultural Trust and services provided by Naxos Records, who will distribute and market the recordings worldwide.

Nance, a self-proclaimed proponent of supporting the cultural economy, said that diversifying classical playlists is not only long overdue from an equity standpoint but is also a business-savvy choice.

Selection panel chair Adam Eccleston said that he hopes for a future where diversity and equity in classical music is the default and champions of underrepresented artists like himself are no longer necessary.

“It wasn’t until almost six years ago I played music of a composer that wasn’t white, that was specifically Black, and that was powerful,” said Eccleston, who is Black.

As a flutist, Eccleston has played with several orchestras across the country, including the Oregon Symphony. He is currently All Classical’s professional artist in residence, which led to him chairing the eight-person panel in charge of selecting the works.  Eccleston said that he hopes to nominate a mix of female and male composers whose work represents “what is happening in our country in the past or in the present or even in the future.”

Although the COVID-19 pandemic delayed the initiative’s original launch, which had been planned for last fall, Nance said she’s confident that All Classical can stick to its goal of recording in the middle of the year. The station adapted to the pandemic by downsizing its plans from using a large chamber orchestra to a five-person orchestra that meets social distancing guidelines and can still produce high-quality recordings.

Within the first day of the initiative’s launch, All Classical received 10 compositional nominations as well as interest in participating in the national campaign from seven stations, including Spokane Public Radio and Classical KC in Kansas City, Mo.

“It honestly brought tears to my eyes because it was like, ‘Yes, thank you,’” Nance said. “I know that many are committed to diversifying America’s playlists, and we can do it. We don’t have to wait. We don’t have to have a panel discussion about it.”

Nance said that after her station has successfully produced five recordings, she plans to ignite a national campaign in 2022 by connecting other stations with donors she hopes to attract, a social media toolkit and other resources for better representing marginalized communities in classical music.