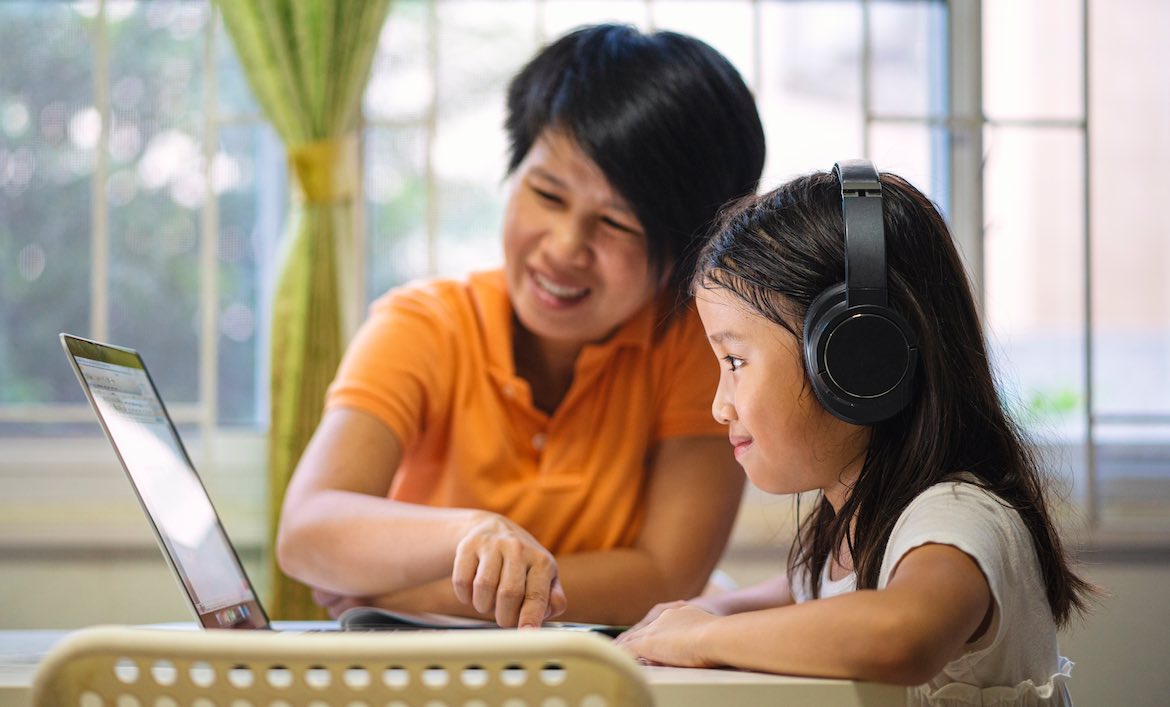 The Indiana Department of Education has awarded $6.7 million in grants to Indiana Public Broadcasting Stations to expand educational datacasting services for students who lack broadband connections for at-home learning.

IPBS began a datacasting pilot last month with WTIU in Bloomington, which is using its television signal to support remote-learning programs of Jennings County School Corp. in southeastern Indiana. Teachers use datacasting to send files such as lesson plans, homework and grades to students who use special equipment to download the materials onto computers, tablets or smartphones. Through the first $1.38 million awarded to the pilot, about 1,200 JCSC students are now using datacasting for at-home learning. That’s about one-third of the district’s 4,000 students.

“We are very excited about serving as the pilot site for the launch of datacasting in Indiana,” said JCSC Superintendent Teresa Brown. “We are looking forward to helping other school districts by sharing the lessons we learn along the way.”

Students need antennas and receivers to get datacasts on their computers. With the state funding, IPBS will provide a receiver, which costs about $200, to each participating student, according to Mark Newman, IPBS executive director. Families of students will buy antennas, which cost less than $20. Most schools in Indiana have already provided Chromebooks or laptops to their students, Newman said.

The state backed the pilot and statewide expansion through Gov. Eric Holcomb’s Emergency Education Relief Fund, which was made possible by the federal coronavirus relief bill, according to an IPBS press release announcing the pilot.

For the second rollout, seven additional IPBS stations will install equipment to support datacasting services that could reach an additional 7,000 students by the end of January. Once all of the stations have finished initial testing of the receivers, IPBS aims to expand service to students in school districts across the state.

To provide educational datacasting services to the 84,000 K–12 students who can’t access the internet, IPBS must raise funds from other sources, Newman said. IPBS plans to focus on fundraising at the conclusion of the pilot phase.

While educational datacasting was initially developed to help students in Indiana’s rural communities, it will also be used in cities such as Indianapolis and Fort Wayne, according to Newman. IPBS aims to build capacity to deliver datacasting signals to 95% of the population through public TV broadcasts.

Schools across Indiana are increasingly moving back toward hybrid and remote learning, according to Newman. The Indianapolis Star reported Nov. 23 that more than 15,000 Indiana teachers, students and staff have contracted the coronavirus.

“There is an immediate need to provide datacasting in order to satisfy the greater number of kids who are now learning from home,” Newman said.

By investing in educational datacasting equipment for students without broadband service, the state is saving tens of millions of dollars in comparison to the costs of purchasing and providing internet hotspots, Newman said.

The biggest drawback to datacasting is that it’s a one-way communications system. Teachers can send lessons and grades to students, but they can’t use the technology to communicate with their teachers.

“I think that broadband is the gold standard and what we should all be striving to get to,” Newman said. “But for this period, before we have broadband available to every community and every school district on an equal level across the state, datacasting enables us to reach a large percentage of those households that don’t have access to it.”

While Newman expects the emergency need for educational datacasting to wane as the public health threat of the pandemic recedes, the cost and versatility of the technology will lead to new applications for schools and other public institutions, he said.

“I believe datacasting is here to stay as an educational tool,” Newman said. “I also believe there are other uses that it can be applied to, whether that be in public safety, in workforce development and workforce training, rural telehealth, agriculture and the list goes on.”