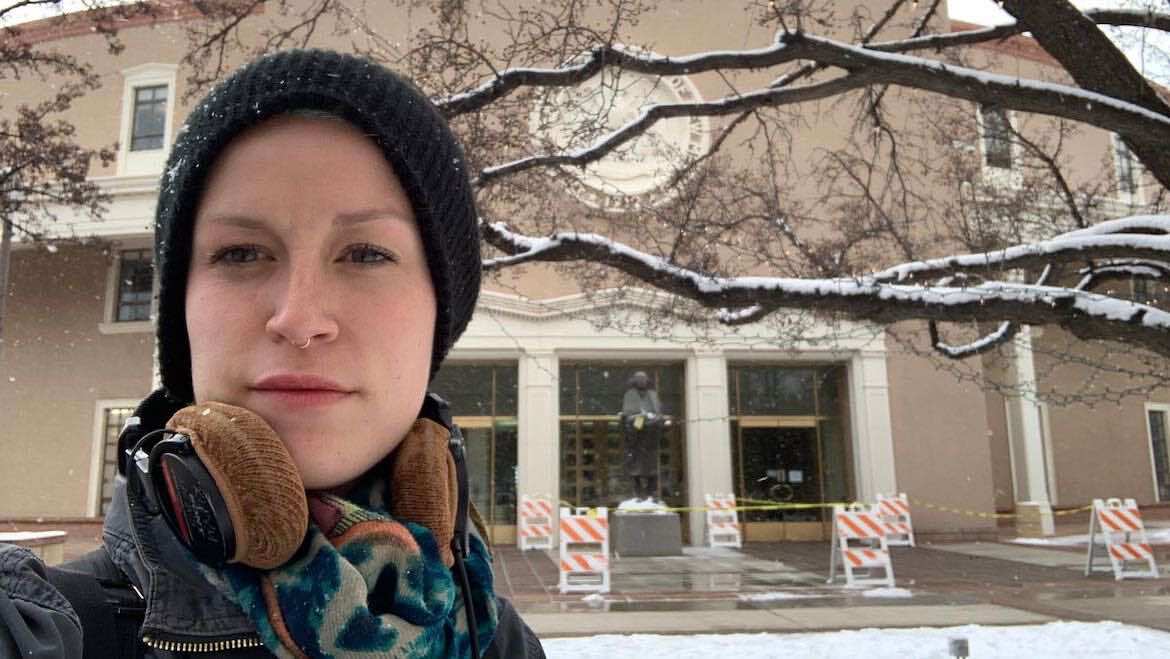 Hannah Colton, a reporter and interim news director at KUNM in Albuquerque, N.M., died by suicide Nov. 10, according to an obituary. She was 29.

“She was a victim of depression and the isolation of the pandemic,” the obituary said.

Colleagues remember Colton as a respected reporter who was passionate about issues of equity and racial justice. “She fought those fights in the field, in news content and on behalf of her staff,” Marisa Demarco, a KUNM reporter, said in a tribute on the station’s site.

“Hannah loved being a reporter,” Demarco wrote. “She was a gifted storyteller. She was great at meeting people and talking with them, asking good questions and really listening to the answers.”

“The people who worked alongside Hannah are devastated,” Demarco wrote. “We spoke with her every day at all hours of the day. Our team has been small and scrappy, doing its best to cover one of the longest and most brutal news cycles I’ve ever seen. We are very close. We have all held each other up emotionally. And Hannah was holding us all.”

“She was well-respected by everybody,” Towne said. “Her approach, very thoughtful. Her stories always hit the mark. And her personality was one that I think put people at ease.”

Sen. Tom Udall (D-N.M.) tweeted about Colton’s death, writing that she “was an incredible person dedicated to independent, thoughtful reporting. This is a devastating loss for the journalism community in New Mexico.”

Colton connected with the station as a freelance reporter. As a freelancer, she was part of a Santa Fe Public Radio team that won first place in the Society of Professional Journalists Colorado chapter’s “Top of the Rockies” awards for an investigation into sexual abuse committed by clergy in the Archdiocese of Santa Fe.

She was a “voice of the voiceless,” Towne said. KUNM hired Colton as a full-time reporter in 2018. She moved into the role of interim news director in February. She got her start in radio at public radio station KDLG in Dillingham, Alaska.

Hannah is survived by her parents, Brad and Kathy; brother, Tim; sister-in-law, Kirsten; niece, Anya; grandfather, Marlin Cook; eight aunts and uncles; eleven cousins; her partner, Keegan Kloer; and many dear friends. She was preceded in death by her grandparents, Ed and Sandy Colton; and Vivian Cook.

Due to the pandemic, a memorial service will be held in Albuquerque next spring or summer, according to the obituary.

Colton’s loved ones have created an online memorial.

If you are in a crisis, the National Suicide Prevention Lifeline is available 24/7 to provide free and confidential support at 1-800-273-8255. Or text HOME to 741741 to connect with a crisis counselor.