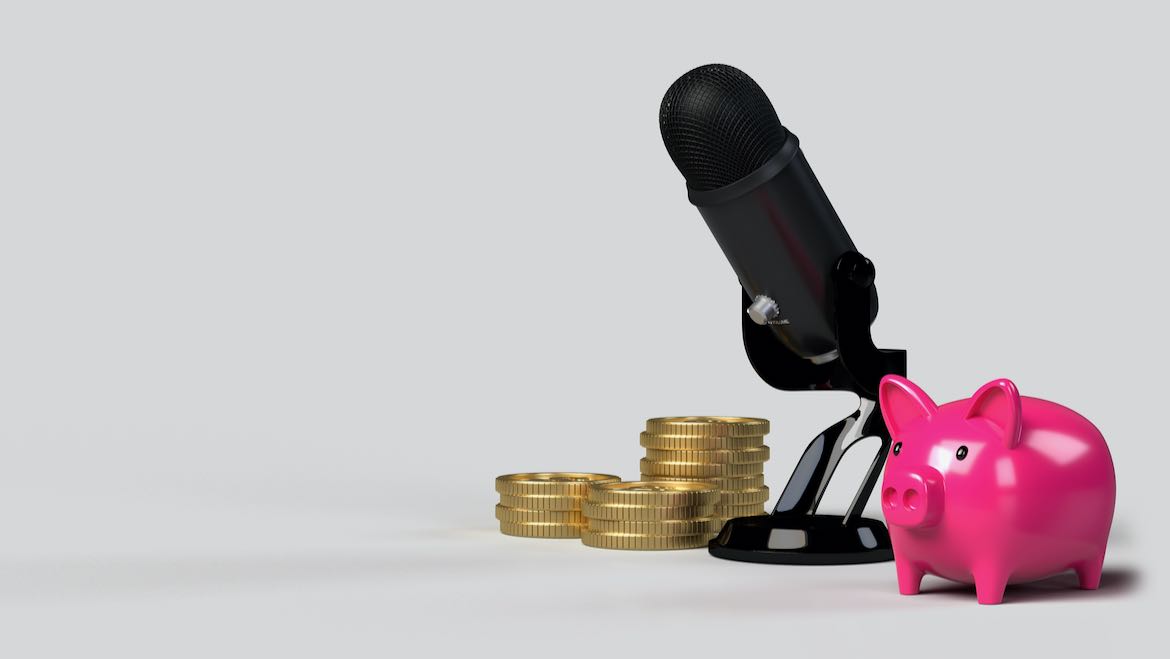 Just days away from the presidential election, a review of publicly disclosed political contributions finds that over 1,200 public media employees across 275 organizations have donated to political candidates and PACs since the start of 2019.

Current’s review of Federal Election Commission data from Jan. 1, 2019, to Aug. 31, 2020, found that public media employees donated almost exclusively to Democratic candidates and spent big on the party’s progressive wing. Over the 20-month election cycle, 94% of donations to the two dominant parties went to Democrat-affiliated candidates and PACs.

Current searched the FEC’s database for individual contributors working at public media stations and national organizations. The 1,260 contributors in pubmedia whom we were able to identify poured about $230,000 into political action committees through 10,500 individual donations. The median contributor spent $37. Most donations came from employees who identified themselves as producers, managers and engineers, while reporters accounted for about 4% of donors.

Some donations appear to be at odds with ethics codes at public media organizations that restrict which employees can give to candidates and PACs. Stations such as GBH, New York Public Radio and KQED in San Francisco have codes that prohibit executives and editorial and production staffers from donating to campaigns. Yet some station employees who work in those areas did donate, according to FEC records.

Kelly McBride, an expert on media ethics and a senior VP at the Poynter Institute, told Current that she does not advocate that all news organizations use the same ethical guidelines. But her recommendations regarding political contributions are usually the same. Though few CEOs have direct editorial influence, McBride said she advises most organizations to prohibit executives from making political contributions, often because they strongly influence decision-making and are public figures.

McBride and other ethics experts say that political donations are a direct conflict of interest for editorial and executive newsroom employees, even those who don’t cover politics. McBride said that she doesn’t distinguish among different types of reporters in smaller public media newsrooms, as editors frequently call on reporters outside the political beat to cover political stories.

“My personal preference is to group all editorial staff together,” McBride said. “If I were a news director, I would want that flexibility to have different people pitch in with different needs. … Everything we touch has a political dimension to it.” (McBride is also NPR’s public editor but said she was commenting in her capacity at Poynter.)

A boost to progressives

NPR and GBH led the way for total donations from employees, followed by New York Public Radio, KQED and Minnesota Public Radio. The states with the most donors are home to major media markets, such as New York and Massachusetts, as well as a concentration in Seattle with KEXP and Cascade Public Media.

While over 80% of public media employees contributed less than $200 in the election cycle, FEC data shows that 39 employees donated at least $1,000 to campaigns. Their donations align with the broader political affinities of pubmedia employees, with 93% of contributions supporting Democrats. Half of those donations went to progressive candidates.

The bulk of donations to conservative PACs went toward the Republican Party’s general WinRed PAC as well as to President Trump’s reelection campaign.

States with the most money contributed from public media employees

Donations from public media employees reflected broader trends in media revealed by a 2016 Center for Public Integrity study. That study found that of 430 news professionals who donated in the last presidential election, about 96% of their money went to Hillary Clinton. Public media employees favored Biden in this election cycle 95% to 5%.

Nine public media presidents and CEOs donated to political campaigns during this election cycle. They included Patrick Butler, CEO of America’s Public Television Stations, and Herb Scannell, CEO of Southern California Public Radio. Butler was the only donor who contributed four-figure sums to both Republicans and Democrats. He donated $3,000 to conservative PACs (including $1,500 to Maine Sen. Susan Collins) through June before swinging $1,000 to the Biden campaign in early August. Scannell, meanwhile, contributed the maximum allowable individual amount of $2,800 to Biden in April.

Though ethical guidelines vary throughout public media, a review of 15 publicly available ethics codes found that most have limitations on political donations. Twelve bar editorial and production staffers from donating, while eight also extend the restriction to executives. NPR’s Ethics Handbook prohibits contributions from employees “connected with news coverage.”

Regardless, some employees in these categories appeared in FEC data, including eight GBH staffers, seven at New York Public Radio and five at KQED in San Francisco.

According to a GBH spokesperson, “reporters, producers, and others engaged in creating editorial content for any of our distribution platforms, and the supervisors of those who create editorial content” may not contribute to political campaigns, as well as “staff members who officially speak on behalf of the institution, including on-air hosts/personalities and GBH vice presidents/executive leadership.”

GBH regularly communicates its policies to staff, according to a spokesperson. Managers address employees about infractions and will do so regarding the political donations Current found in the FEC data, the spokesperson said. [Update: The spokesperson later told Current that five of the eight employees we pointed out “do not fall within roles defined by our policy.” Another employee did not make a donation; it was made by a family member.]

A spokesperson for NYPR said the organization’s editorial policy prohibits “editorial staff, their managers, and the senior executive team from making donations to political candidates. We periodically remind our staff of the policy.” KQED’s rules apply to “all senior content management and editorial programming and content staff.”

Regardless of which party is favored by public media’s political donors, ethics experts say the reality of bias among the system’s journalists is more complicated than the trends revealed by the data.

“Journalism very much pounds into your head this notion that the journalists must remain separate from and detached from the people and public, from the people and the stories that we cover,” said Keith Woods, NPR’s chief diversity officer and a former ethics teacher at Poynter. “That’s one notion. And the other one is you have to hold your opinions to yourselves, lest the public then thinks differently of you.”

“Whether they know or not how I feel about the parties, the possibility of my impartiality being compromised is exactly the same,” Woods added. “The only thing that protects an organization from that kind of bias is the rigor of journalism.” (Woods clarified that he was speaking for himself and not NPR.)

Poynter’s McBride said that she was not too concerned that publicizing the leftward tilt of public media’s political donations will erode audiences’ trust. Rather, she believes that how we frame the concept of “the media” is part of what affects trust, rather than any perceptions of bias based on political donations.

“We tend to ask these questions about, ‘Do you trust media?’” McBride said. “Which is just silly. It’s like, ‘Do you trust lawyers?’ All of them? Not really, no. But I can sure as heck find a lawyer that I could trust, and the same is true of media.”