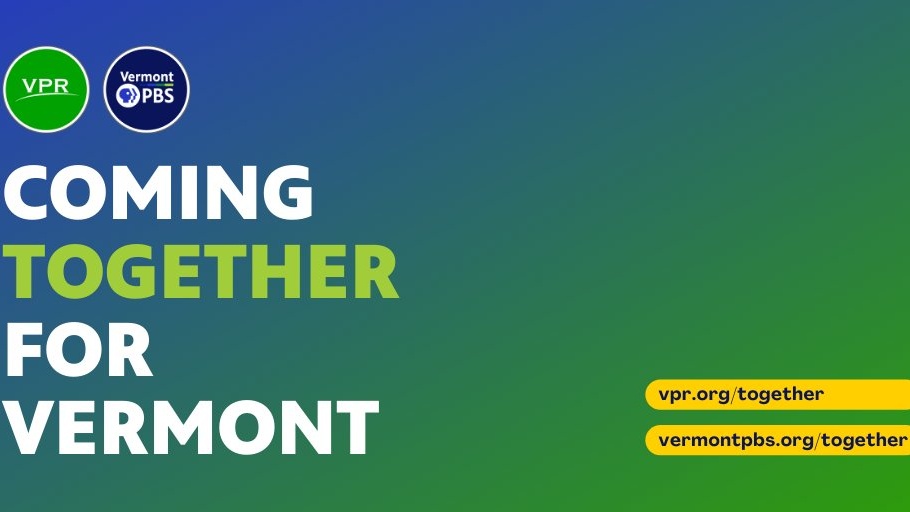 Courtesy of VPR and Vermont PBS

The joint station is scheduled to launch July 1, 2021, pending FCC and IRS approval.

The boards of Vermont PBS and Vermont Public Radio unanimously voted Wednesday to merge their organizations into one public media station.

The joint station is scheduled to launch July 1, 2021, pending FCC and IRS approval. VPR and Vermont PBS will continue to operate independently throughout the integration period.

VPR CEO Scott Finn will lead the new organization. Steve Ferreira, acting CEO of Vermont PBS, will be COO. The new board will consist of VPR and Vermont PBS directors.

The stations’ boards have informally discussed a potential merger for several years, said Marguerite Dibble, board chair of Vermont PBS, at a virtual press conference Wednesday. Conversations became more serious last year when the boards began consulting with Public Media Co., the Colorado-based consultancy that has assisted with many mergers and acquisitions. A PMC study concluded that a merger would lead to increased investments in local reporting, cross-promotion across platforms and greater access to funding.

“Vermont is a rural state with a small and declining population that is spread across a broad, mountainous geographic area that requires an extensive and expensive broadcast network to serve,” a summary of the study said.

“Working together will make a stronger product,” said Nicole Junas Ravlin, a VPR board member who will chair the new board. “We’re not doing this because we have to do this. We’re doing this because it provides more opportunity and better service for Vermonters.”

Finn said that the stations will be able to expand programming and that no programming cuts will be made for the time being. The stations may seek funding from CPB’s Collaborative Operations and Services grant program, which supports collaborations among stations.

Combined, the stations have approximately 100 staff members. No staff cuts are planned, and the station’s future location has not been determined.

“This was not a decision that was made to alleviate any strain on either organization,” Dibble said. “We’re very fortunate that both organizations are in a strong position and in large part due to the great staff that exists on both teams. … We are looking forward to the increased opportunities and increased growth that this combination affords to us.”

Based on the PMC study’s findings, Finn said, the stations foresee a potential for growth in membership revenue, especially from major donors. “We’re hopeful that we will see enthusiasm among our membership and our donors for doing this,” he said.

VPR and Vermont PBS are frequent collaborators. The stations have partnered on gubernatorial debates, a 60-second roundup of the state’s top stories and a statewide poll.