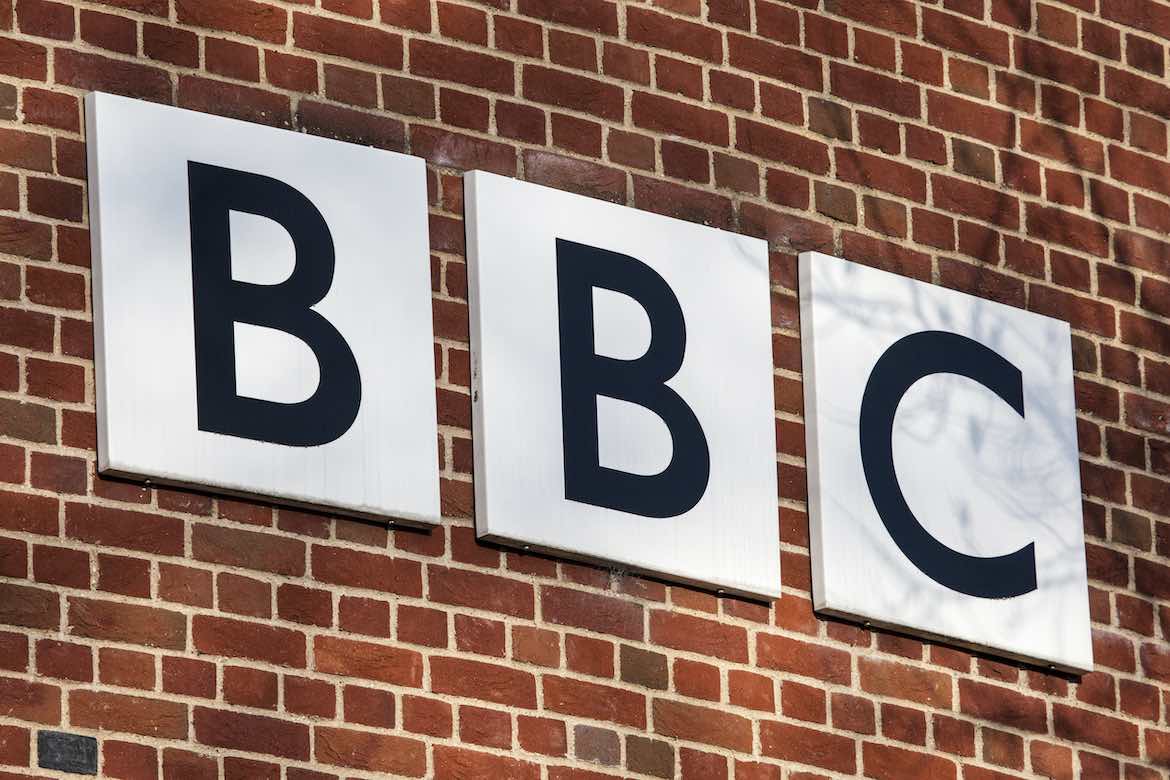 “Can NPR Serve All of America?” That’s the question John Mark Dempsey, an associate professor of radio-television at Texas A&M University-Commerce, considers in “A More Inclusive Public Service,” an essay included in a new book from Rutgers University Press. Radio’s Second Century: Past, Present, and Future Perspectives “points to the opportunities and obstacles as radio gets defined in a much more diverse and complicated audio environment,” as its foreword states. After reviewing NPR’s efforts to broaden its audience, Dempsey considers “some alternate realities” for the network in this excerpt.

This chapter has described NPR’s efforts to reach a broader and younger audience. It may be that NPR could learn from its British public radio cousin, the BBC.

In many respects, to compare NPR to the BBC is to compare apples and oranges. Most notably, NPR, via its member stations, receives a modest amount of federal funding via the Corporation for Public Broadcasting, while the BBC is completely funded by license fees levied on all televisions and radios in Great Britain. NPR is a network providing particular programs to independent local stations, while the BBC operates numerous full-time national and regional radio stations. And yet, they are both noncommercial broadcasting organizations functioning in very similar cultures. Are there lessons NPR could learn from its venerable cousin? And are the programming differences between NPR and the public radio media of Great Britain and Canada owing more to differences in funding or philosophy?

The admittedly imperfect comparisons of the programming philosophies of NPR and the BBC have been made since the early years of NPR. The article titled “Ersatz BBC” by Simon Winchester (1981) stated, “The public needs to be served: not just the Volvo-driving public of Chevy Chase, Shaker Heights and Grosse Pointe, but the rural public, the intelligent center-city public, the minorities and the disadvantaged, too” (p. 29).

Author Jack Mitchell (2001), commenting on the demand that NPR serve a wider audience, also compared the network to the BBC: “The BBC eventually had to succumb to the public’s demands to hear what it wanted, not what [BBC founder John] Reith wanted them to hear. … In the United States, public radio never attracted an audience near as diverse as NPR’s founding purposes hoped. Public radio sincerely welcomed all, but those who chose to listen represented such a narrow type that ‘NPR listener’ became a meaningful term” (p. 419). In other words, the BBC came to realize that it must appeal as nearly as possible to all Britons, not a narrow segment of the population.

The most popular radio station in Great Britain for many years has been BBC Radio 2 (Cridland, 2016). It has achieved its popularity in competition against a robust commercial radio market as well as against other BBC stations and, in recent years, despite the advent of “new” media. It is targeted to a mainstream adult audience, in the twenty-five to fifty-four demographic. Still, Radio 2 operates according to the BBC’s stated mission: “To enrich people’s lives with programmes and services that inform, educate and entertain” (“Inside the BBC: Values,” 2018, para. 2). One writer describes Radio 2, combining a daily format of adult contemporary and oldies music — Adele, Gnarls Barkley, James Taylor — with news, interview segments, special topic shows, and personality-driven programming, as a “reassuring blend of easy listening and chatter” (Bell, 2010, p. 86).

A daily BBC Radio 2 program that exemplifies the mix of popular music and topics of interest to a broad audience is The Jeremy Vine Show, in which the erudite but relatable host — who while in college played drums in “the most unfashionable punk band in the country” (Sleigh, 2012, para. 2) — tackles issues of the day with experts and callers, while also playing Radio 2’s wide-ranging mix of popular music. Subjects have included coping with loneliness after losing a partner, the fiftieth anniversary of the cash (automatic teller) machine; how we explain terrorism to children; and “Songs My Son Loved,” which includes conversations with mothers who have lost military sons and the songs that were meaningful to the young men (The Jeremy Vine Show, 2018, p. 1).

The Jeremy Vine Show is a daily program on a twenty-four-hour-a-day, fully funded national station. Whether or not NPR decided to create a similar program, the network might consider adopting Radio 2’s affable, unassuming tone and its broad subject matter — which is informational but not necessarily hard news or politics-oriented — in its own programs, NPR’s efforts at sounding less “serious” notwithstanding. However, there is an example in the history of U.S. broadcasting of a weekend radio program that might serve as a model for NPR in an effort to expand its audience.

Monitor was a legendary NBC radio program that aired Saturdays and Sundays from 1955 to 1975. Created by the visionary programming executive Sylvester L. “Pat” Weaver (who conceived NBC-TV’s Today and Tonight shows), Monitor represented a new direction for network radio following the rapid emergence of television. The author of Monitor, the Last Great Radio Show, Dennis Hart (2002), wrote, “It had everything — news, sports, comedy, interviews, remote pick-ups from around the world, music — a true magazine of the air. Each weekend, Monitor promised listeners they’d be ‘going places and doing things,’ and then made it happen. During any Monitor weekend, listeners could be transported to the world’s biggest cities or smallest towns to meet some of the most important people around — or some of the quirkiest” (pp. xiv–xv). Monitor originally aired for forty consecutive hours, from 8 a.m. Saturday to midnight Sunday, and then occupied more limited hours in later years.

A longtime writer for Monitor, Charles Garment, compared Monitor to NPR’s longest-running, perhaps best-known program: “They call it All Things Consid­ered. They don’t have all the things that we considered ‘all things.’ We had music, we had everything” (Hart, 2002, p. 205).

Hart believes a program like Monitor could again be successful on public radio. “It almost surprises me to say this, but Monitor — though off the air for 40 years — would sound fresh and new right now, if it came back in exactly the same form as it was in the ’60’s and early ’70s,” he commented. “Back in its heyday, Monitor was the Internet of radio — going anywhere instantaneously to cover anything in the weekend world that was interesting. Or entertaining. Or informative. Or ‘happening’” (D. Hart, personal communication, July 27, 2017).

“It could do the same thing now,” he continued, “with hosts interacting with and reacting to emails or Facebook as they took us all along on a ride that included everything you’ve mentioned that Monitor covered — news, sports, comedy, variety, live remotes from around the nation and the world, weather — you name it” (D. Hart, personal communication, July 27, 2017).

The “big-name hosts” Hart refers to included television personalities of the era, including Dave Garroway, Hugh Downs, Monty Hall, and Ed McMahon. For this reason, he says a modern-day Monitor would be expensive to produce. Whether it would be necessary for a latter-day Monitor to have celebrity hosts is debatable. Nor would a marathon broadcast similar to Monitor be essential. A two- to three-hour program would be a reasonable start. NPR could repurpose much of its existing content in providing feature material for the program.

NBC canceled Monitor after twenty years because of the decline in the AM radio audience and the long-standing trend of local stations moving from network programming to locally originated music programming, for which the stations could claim all of the advertising revenue. Still, Pat Weaver believed NBC made a mistake: “Pity that NBC management was, in this case, as in most, without some basic knowledge of advertising … programming … and even station realities. ‘Monitor’ could have been reshaped” (Hart, 2002, p. 204).

In any case, NPR stations are accustomed to carrying a heavy schedule of network programming, and in most cases a Monitor-styled program would not detract from the local schedule. By scheduling such a program on the weekend it would not be disruptive of the regular schedule of daily NPR programs, and might promote NPR to a broader audience. In fact, NPR stations have long attempted to bolster what is characterized as “a soft spot in the public radio schedule” on weekend afternoons (McCauley, 2005, p. 106).

Another public radio organization from which NPR might draw inspiration is RTE (Radio Telefís Éireann; Radio Television Ireland) Radio 1, which maintains a block format of programs including news, talk, live sports, drama, documentaries, and music (popular, rock, Irish traditional), and broadcasts in both English and the Irish language. RTE says its “vision is to enrich Irish life: to inform, entertain and challenge; to connect with the lives of all the people.” Its mission statement says partially, “Provide the broadest range of value-for-money, quality content and services for all ages, interests and communities” (“RTE: Today,” 2012, paras. 2, 4, emphasis added).

Like the BBC (and unlike NPR), RTE maintains several national stations covering several formats, and receives public funding from radio and television receiver license fees (“Inside the BBC: License Fees,” 2018). Like BBC Radio 2, it is the highest rated station in the country, with more than a million listeners each week, in competition with commercial stations in Ireland as well as the other RTE stations. Unlike either the BBC or NPR, RTE also draws revenue from limited advertising (“RTE About,” 2017; “RTE’s Weekly Reach,” 2017). NPR, of course, is forbidden from accepting advertising.

Cridland, J. (2016, October 26). The most popular radio stations in the UK. Retrieved from https://media.info/radio/data/the-most-popular-radio-stations-in-the-uk