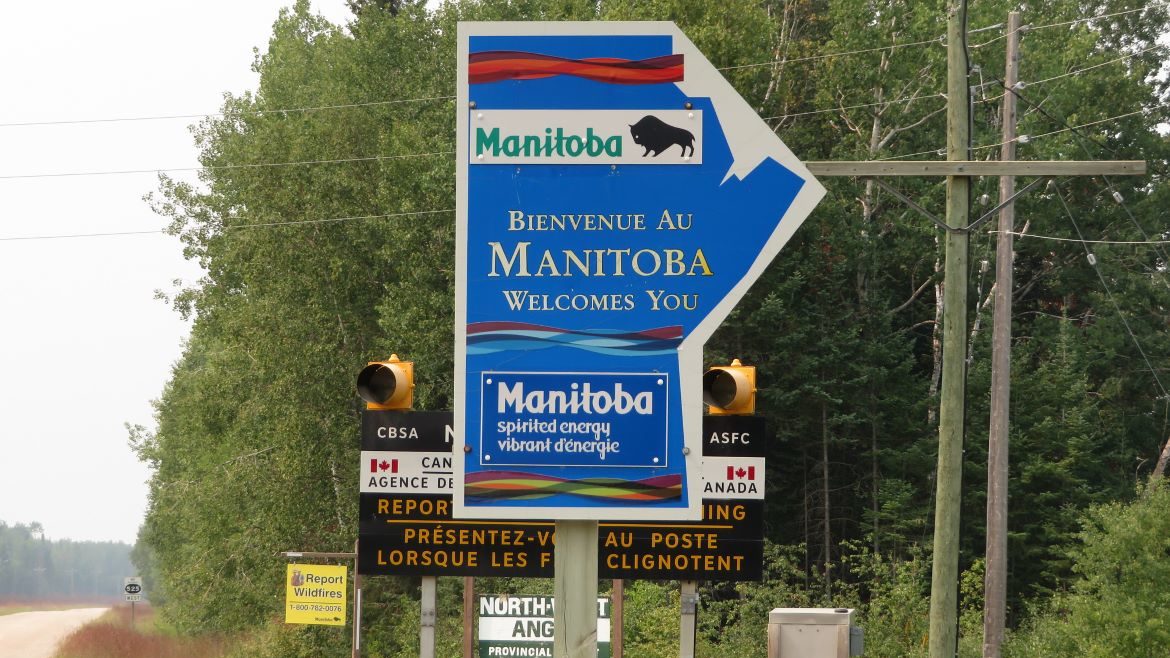 Signs at the Canadian border in Minnesota.

Canadian audiences got access to PBS video content on PBS.org and to expanded Passport content Aug. 4 after the network expanded streaming rights and overcame technology challenges to enable the change.

Previously, most PBS content was only accessible to Canadian viewers over the air and on cable and satellite channels due to geoblocking. This meant stations near the Canadian border could not promote Passport or video content as easily to the Canadian part of their membership, as viewers would not be able to access most of it.

“It’s one of the biggest complaints we do have from our Canadian members,” said Troy Davis, director of development at North Dakota’s Prairie Public, which serves parts of the Manitoba province in Canada, including the city of Winnipeg, in addition to its U.S. audience. “… Without that reach, we are not talking to the majority of the citizens of Winnipeg.”

According to PBS, the requests for access for Canadian members began when the network launched on-demand video content on PBS.org and became more frequent after Passport launched in 2015.

In a 2018 post on its website, PBS said distribution rights for its programming are “fairly limited and are generally confined to dissemination within the United States.”

“PBS is legally obligated to ensure each program does not exceed its granted rights, which unfortunately eliminates international streaming ability for PBS programs outside the US,” the network said.

The network declined to go into detail about why it is now able to grant the expanded access.

Passport members in Canada can view approximately 400 hours of content on PBS.org and through station video portals, with more content due to become available as rights allow, according to PBS. Functionality of PBS apps and over-the-top platforms will follow over the next four to six months, with a goal of Canadian members having access to every platform by the end of 2020.

Canadian members are expected to have access to more than 1,000 hours of content, according to Davis. Prairie Public has been pushing for access for Canadian members since PBS video content became available on PBS.org, he said, but the launch of Passport made the effort even more important.

“I never thought it was a reality until PBS announced it to us earlier this year,” Davis said.

Davis referred to research that found Canadians have been dropping cable more quickly than Americans. The disparity contributed to declines in Canadian membership for Prairie Public, said Davis, from 40% of the station’s membership to roughly a quarter over the past eight or nine years.

The video and Passport content now available to Canadians may help alleviate those decreases. Three-quarters of Canadians who recently donated to Prairie Public to get access to Passport were new members.

“If I can get 100 new members in a month with Passport, that will really help our decreasing Canadian audience,” said Davis.

Prairie Public has been promoting the newly available content in Canada through the Winnipeg Free Press, among other avenues. Feedback to the station has been largely positive, Davis said.

One email from a Prairie Public member read: “As a longtime supporter of Prairie Public in Winnipeg, I really appreciate this. It was frustrating to receive an email promoting some Prairie Public program, click on the link, and be told it wasn’t available in Canada. I didn’t ask, but I’m sure there are many other ‘silenced’ supporters like me who are really thankful.”

Other stations have seen similar declines in support from across the border. The Canadian membership of Mountain Lake PBS in Plattsburgh, N.Y., is “a little less than 50%” but used to make up a larger percentage for the station, according to CEO Bill McColgan. Changing viewing habits and the increasing popularity of Passport in the U.S. has led to more of the station’s Canadian members growing “frustrated” with the lack of access.

In the first 10 days since the launch of Passport in Canada, Mountain Lake PBS has “seen a significant response” from viewers, McColgan said in an email. He’s hopeful that this “positive impact” will continue.

KSPS’ Canadian members were also frustrated with the lack of access, said Dawn Bayman, chief investments and partnerships officer. According to Bayman, 40% of KSPS’ members are in Canada. The station in Spokane, Wash., serves southeastern British Columbia and most of the Canadian province of Alberta in addition to its U.S. audience.

Canadian donors were giving as much as American viewers receiving Passport benefits “but couldn’t access the same content,” Bayman said.

Bayman said she now hopes that the expanded access will help the station add Canadian members. KSPS has been promoting the service on-air, in digital and social media ads and in newspapers in its Canadian service area.

KSPS and other border stations have been “advocating and hoping for this for at least 10 years,” she said.

“Many Canadian members have been with us for decades and hung in there to support us, and helped us to become as strong as we are today,” Bayman said. “… We’ve already gotten great feedback from them that this is fantastic.”