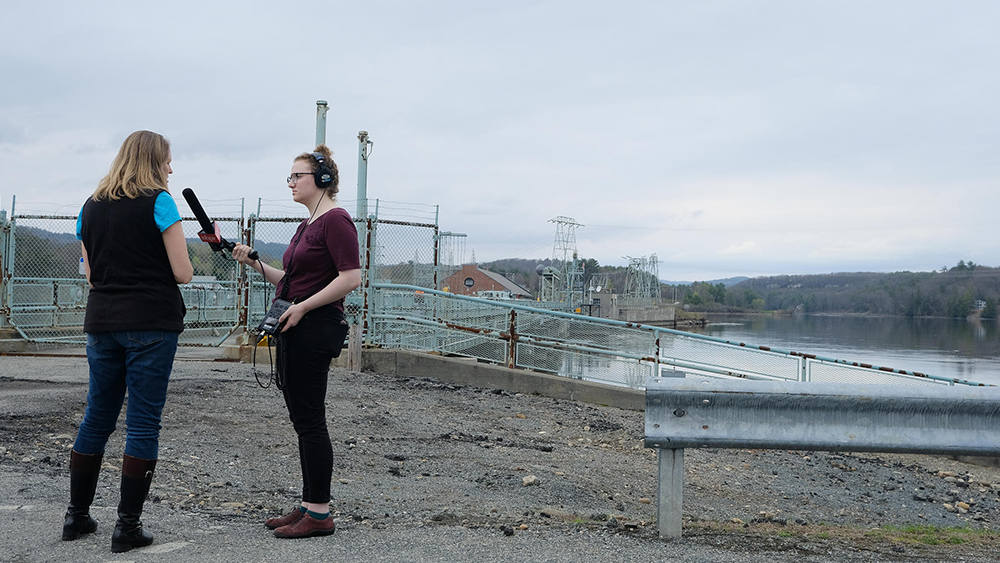 New Hampshire Public Radio’s Cori Princell struggled with her goal for the newsroom to produce more stories on climate change and its impacts on communities across the state.

As managing editor for the public radio network, she saw climate change as an important and relevant topic for reporters to cover, yet other short-term priorities dominated the news cycle.

Unlike local news events that shape the newsroom’s agenda, climate change can seem less  pressing because it is a long-term, ongoing problem, she said.

“That’s the strange nature of climate change. It’s such a huge story, but … you can put it off somehow,” Princell said.

To carve out the time and resources to produce ongoing coverage, Princell began working with her team last year to create a reporting and audience engagement project on climate change. NHPR secured a $5,000 grant from the Fund for Environmental Journalism, which is run by the Society of Environmental Journalists, to produce coverage that demonstrates how climate change affects the daily lives and political discourse of New Hampshire communities, as well as how people can work together to combat it.

“We really wanted to craft an initiative about climate change that would help people kind of make their way into these deep, complex issues and emerge with some kind of clarity,” she said.

The initiative, titled By Degrees, launched July 13 when lead reporter Annie Ropeik appeared on NHPR’s broadcast of Morning Edition to discuss it.

The title has a double meaning, Princell said. During the coronavirus pandemic, she realized that people are capable of taking small steps to make changes in their daily lives: By wearing face masks and avoiding crowded places, they protect their own health and prevent viral spread to others in their community. Likewise, if New Hampshire residents make changes “by degrees,” they can address the rising temperatures in the Earth’s climate.

NHPR’s newsroom is using engagement tactics to shape the coverage, which Princell described as “audience-driven.” Listeners can submit questions, feedback and story ideas through a Google form on NHPR’s website. The news team also invited listeners to share photos that document how New Hampshire’s landscapes, natural resources and communities are being affected by climate change.

In addition, NHPR created a webpage that aggregates coverage from By Degrees, allowing digital audiences to browse by topic. In the fall, NHPR plans to launch a weekly newsletter, Princell said.

Looking ahead, her goal is to build a loyal audience for By Degrees.

“Part of the reason these topics are so hard to access with people is that it’s always framed as something that’s going to happen in the future,” Ropeik said. “Not even like in the future that you can really grasp, into the future in decades and in centuries.”

Instead, the team is looking for “human-centered” stories that can also explain contemporary issues and concepts, she said.

For example, she recently reported on an aspect of daily life that relates to climate change: the demand for electricity during the hottest months of the year. In the story, Ropeik described how reducing energy consumption can also reduce carbon emissions. The article includes tips for consumers to conserve energy during hours of peak consumption.

In unveiling By Degrees, NHPR shared its goal to produce up to 12 to 24 stories per year to air on local broadcasts of Morning Edition and All Things Considered, according to the press release.