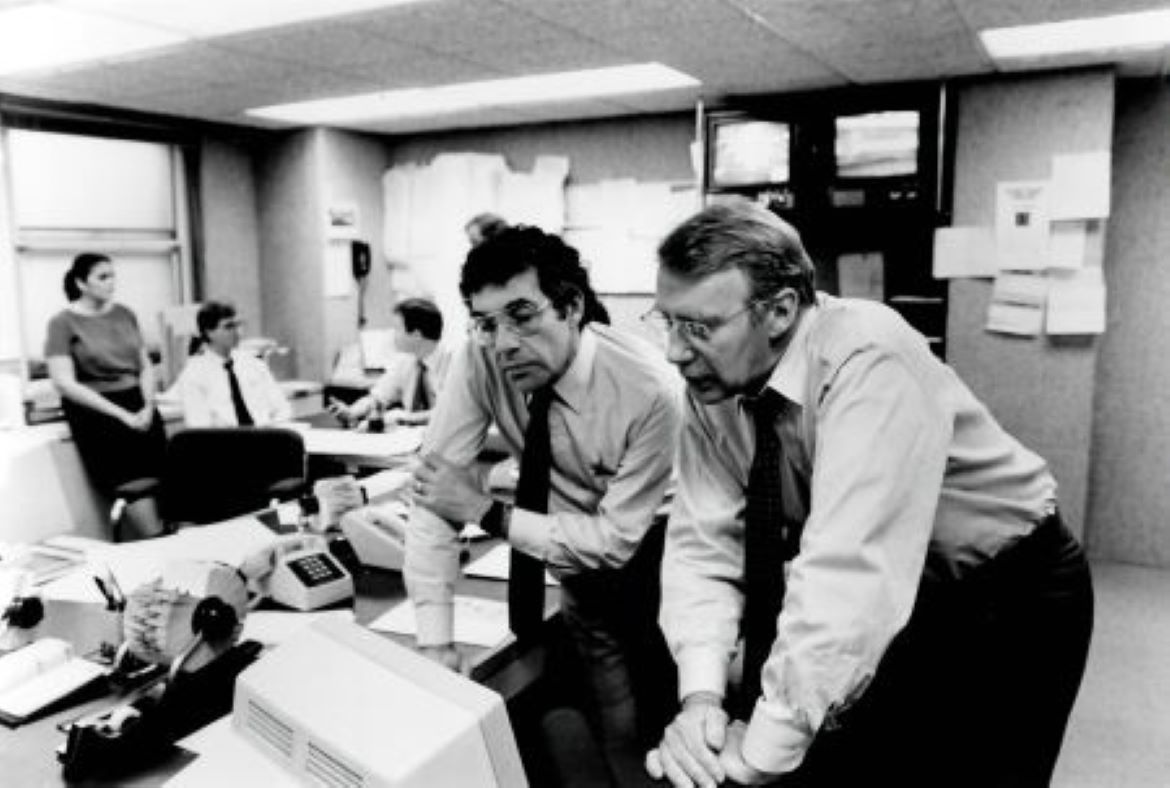 Crystal, left, with Robert MacNeil, co-host of "The MacNeil/Lehrer Newshour."

Lester Crystal, a former NBC News executive who guided the growth of PBS NewsHour over 27 years, died June 24 at of brain cancer. He was 85.

Crystal arrived at MacNeil/Lehrer Productions from NBC in the early 1980s and was already committed to transforming the half-hour MacNeil-Lehrer Report into an hourlong program of news and analysis, said Linda Winslow, former PBS NewsHour EP. The proposal for the longer format, a first for U.S. television, would create a show that had “enough information for people to understand the ‘why’ of what happened today, instead of just what happened,” she said.

At the time, Winslow was deputy EP to Crystal, who had been president of NBC News and EP of NBC Nightly News before joining public television. He worked with co-anchors and founding partners Robert MacNeil and Jim Lehrer as a partner, not a boss, she said.

As  EP of the program, Crystal had to sell the hourlong format to PBS stations, and it wasn’t easy, Winslow said. Lawrence Grossman, then president of PBS, backed the expansion, but many station managers objected.

Winslow recalled the comment of one critic: “They want to go to an hour? I thought they already were an hour, they’re so damn boring.” Crystal went on a listening tour of stations and convinced enough managers to give the hourlong format a chance.

The expanded show, The MacNeil/Lehrer NewsHour, debuted Sept. 5, 1983. For the new format, Crystal doubled the size of the staff and introduced more video reporting, Winslow said.

Crystal served as NewsHour’s EP for 22 years and became president of MacNeil/Lehrer Productions in 2005. In 2009, the NewsHour restructured its newsroom to integrate digital and broadcast operations and rebranded as PBS NewHour. Crystal retired in 2010.

NewsHour colleagues remembered their former boss as a skilled and supportive manager who was remarkably calm in running the production. Crystal was also an effective advocate for the show and its editorial emphasis on contextualizing, rather than sensationalizing, the day’s news, they said.

“He had incredible integrity and decency and cared about the people who worked for him in a way I’ve never seen before,” said Annette Miller, VP of NewsHour Productions.

Miller never witnessed Crystal yelling in the newsroom, which was “unusual” for TV news, she said.

“No matter how stressful things got and how wrong things were going, he would just quietly do his thing and suddenly it all got better,” she said.