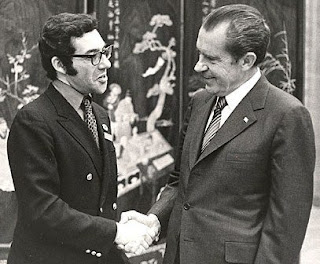 Lester Crystal, the president of MacNeil/Lehrer Productions, is retiring on Aug. 31, the production company of PBS NewsHour said in a statement. He will continue as a senior advisor through the end of the year. Crystal was hired in 1983 to transition the show from the half-hour MacNeil/Lehrer Report to the MacNeil/Lehrer NewsHour. He became president of the production company in 2005. In a statement to staff, founders Robert MacNeil and Jim Lehrer said that NewsHour “would never have been launched and sustained as successfully as it has been, and become the institution in the nation’s journalism that it has, without Les.” Crystal oversees corporate and foundation funding for the show, and development of documentary programs and projects. Under his leadership since 2005, foundation support for the show has tripled to more than $7 million annually. Before his work at NewsHour, Crystal produced convention and election night coverage for eight national elections, from 1976 to 2004, for NBC and PBS. He also accompanied President Richard Nixon on his 1972 visit to China (above, NewsHour image) as chief producer of European news for NBC. In the statement, Crystal told staff: “I am very proud of my contributions to the launch of the Newshour as the country’s first hourlong daily television news broadcast and its continued success as a mainstay of serious journalism.”
ShareTweet EmailPrint More