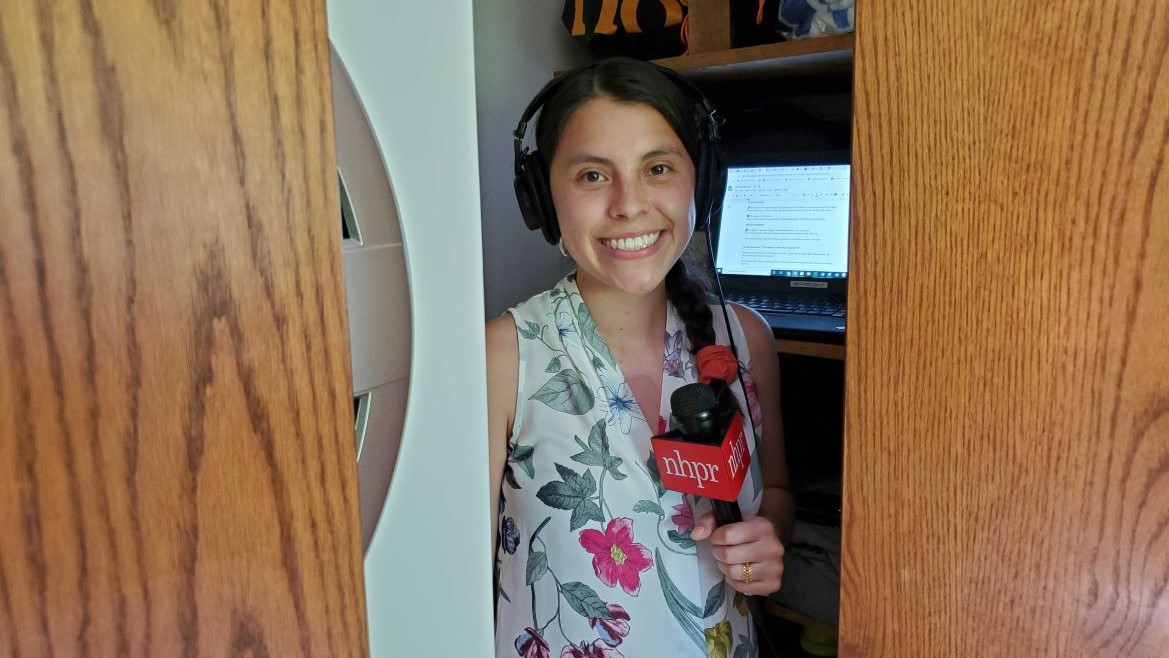 Public media outlets are launching new efforts to provide coverage of the COVID-19 pandemic in Spanish, aiming to reach communities underserved by local news and hit harder by the coronavirus.

The push comes at a time when the virus is disproportionately affecting Latino communities and other minority groups. In northwestern Oregon, Latinos were 20 times as likely as other patients to test positive for the coronavirus. In Washington state, Latinos make up 31% of coronavirus cases but only 13% of the population.

NHPR is making the newscasts more accessible by offering them online and via Facebook and WhatsApp. The station sends text messages with the newscast on WhatsApp providing links for further information, such as places to sign up for coronavirus testing.

The newscast is the first project of a partnership between NHPR and Granite State News Collaborative, a group of news, education and media outlets in the state. Funded by the Solutions Journalism Network and the New Hampshire Charitable Foundation, the collaboration looks to expand coverage in the state with a focus on specific communities such as Spanish speakers.

NHPR President Jim Schachter said there is a “startling gap” between the number of Spanish speakers in the state and the news available to them. Spanish speakers make up 2.4% of New Hampshire’s population, yet NHPR’s newscast is one of the few Spanish-language news sources available.

The newscast has gained 120 subscribers on WhatsApp since the launch, and Allee said the station has received positive feedback. A Facebook review read, “Más aún en este tiempo hay que estar Informados y su trabajo nos alivia la vida GRACIAS”: “Even more in this time you have to be informed and your work makes life easier THANK YOU.”

Allee said it’s important to remember public radio’s mission and to build relationships with all parts of the community as New Hampshire becomes more diverse.

“We need to be more frank with who public radio has historically not served very well,” Allee said. “… So when you think about the public you’re serving, who are you missing?”

The next step for the newscast is to provide additional reporting for the Spanish-speaking community that goes beyond translating the station’s English-language news, Allee said.

KRCB in Rohnert Park, Calif., began focusing on emergency news in Spanish in 2017 when wildfires damaged the area. News Director Steve Mencher said the wildfires exposed the Sonoma County government’s lack of Spanish-language communication methods, and the station has been trying to address that issue since.

During the COVID-19 pandemic, KRCB is adding Spanish voiceovers of its virtual town hall broadcasts about the coronavirus with the original English versions. The station also held a panel with leaders in the area’s Latino community.

Mencher said his goal is not to have “separate but equal” news in Spanish and English but to allow people to get Spanish-language news in “real time,” which led to the idea of providing the voiceovers.

The Sonoma County Department of Emergency Services underwrote a portion of eight of the voiceover broadcasts and funded KCRB’s partnership with KJOR “La Mejor” radio, a commercial Spanish-language music station whose staffers are recording the voiceovers.

Mencher said KRCB plans to deepen its relationship with Latinos in the area through projects that will allow the station to work directly with the community. He said the initiatives are necessary because the area is becoming more diverse. KRCB is near Santa Rosa, which is heading toward becoming a majority-minority city where racial minorities make up a majority of the population.

“If as a public media organization we don’t have eyes on that and are working towards that, we will lose relevance,” said Mencher.

Some stations are using Facebook grants to expand multilingual programming. KUT in Austin and Texas Public Radio in San Antonio used some of the funds they received to support Spanish news content.

News from a Latin American perspective

Even as stations translate coronavirus news into Spanish, reporting focused on Spanish-speaking and immigrant communities is still lacking.

The nonprofit media organization Radio Ambulante Estudios is addressing that gap with El Hilo, a weekly podcast focused on news from a Latin American perspective. The podcast was created to cover Latin American news in general, but the team has pivoted to coronavirus coverage. It released the first episode March 26.

In-depth coverage of the pandemic in Spanish-language audio is limited, making El Hilo one of the only podcasts of its kind, said EP Silvia Viñas. Viñas said the podcast goes beyond general coverage translated into Spanish to present “what’s behind the headlines” in a storytelling style.

The first episode featured Zulma M. Cucunubá, a Colombian epidemiologist at the Imperial College London who has become famous in the Spanish-speaking community for her online explanations of the pandemic. The interview was useful for expanding listeners’ knowledge, Viñas said, as Cucunubá raised points even El Hilo’s team didn’t know about.

Another episode delved into innovation during the pandemic, such as new developments in respirators and masks. It aimed to investigate the process of making vital equipment like respirators and to explore announcements of breakthroughs that could give false hope, said Viñas.

An important part of the show’s reporting is finding the right voices for each story, Viñas said. People who live in the communities El Hilo covers often tell the podcast’s stories.

“It’s news in Spanish made by the people who know most about it,” Viñas said.

The podcast is important not only because of its unique focus on the Latin American perspective but also its effort to provide in-depth coverage, especially through the medium of audio, said Viñas.

“Listening to the doctors who are working on the front lines and listening to the journalists who are covering this day in and day out is so powerful. … I think that’s necessary,” said Viñas. “And we didn’t have that in Spanish.”