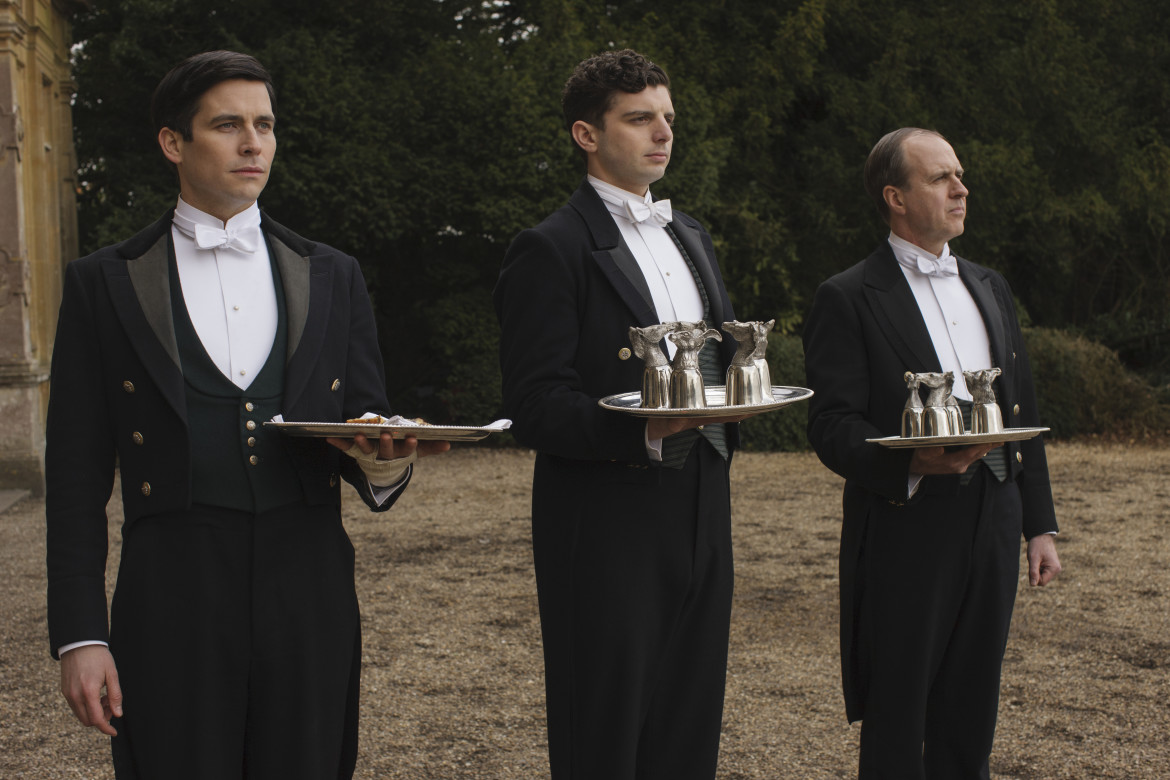 PBS stations are reporting blockbuster-scale fundraising results from the Downton Abbey Pledge Marathon, a binge-style pledge package from PBS Distribution that may be the popular British drama’s final farewell on public TV.

Featuring back-to-back episodes of the Masterpiece series that drew huge audiences to PBS and helped fuel the success of PBS Passport, the marathon is a top-performing program in June pledge, the first drive to be held during the coronavirus pandemic. PBS’ rights to the popular drama expire June 30, so the marathon gives stations one more shot at presenting the serial drama as an exclusive viewing experience.

During its six seasons on Masterpiece, from 2011–16, Downton Abbey lifted stations’ membership and underwriting revenues while attracting new generations of viewers. Now stations have discovered that viewers are nostalgic for familiar stories of the aristocratic Grantham family and their servants.

PBS SoCal is among the stations that led fundraising around the marathon, starting on Memorial Day weekend. The Los Angeles station raised $258,000, according to the station. Arizona PBS in Phoenix, which also aired the special over the holiday weekend, raised more than $230,000.

Maura Daly Phinney, VP, membership and on-air fundraising for PBS SoCal, said she was surprised by the marathon’s success. The fundraising total nearly equaled the pledge revenues from the station’s 2017 Downton Abbey marathon, which brought in more than $260,000.

Going into the holiday weekend fundraiser, Phinney doubted “we had any chance of reaching that again.”

Henry Brodersen, manager of Arizona PBS Enterprises, was “absolutely blown away by the responses,” he said. The fundraising special outperformed the station’s 2016 marathon by more than $100,000.

Heading into Memorial Day weekend, Arizona PBS hadn’t aired Downton Abbey for at least a year, Brodersen said. The hiatus contributed to the audience’s response, he said, as did the COVID-19 pandemic.

“People have been cooped up in their houses, they’ve been taken out of their routines, and they were looking for something that is comforting to them and that is beloved by them,” he said.

Phinney also believes nostalgia for Downton Abbey motivated viewers to respond. The drama holds “a beloved place” in their minds. “So even if people have seen all of the episodes, they’ll sit there and watch them again,” she said.

“It was a local presence that people really seemed to appreciate,” she added.

TRAC Media Services, a research company that provides audience analysis to stations, measured the marathon’s pledge results using its Pledge Performance Index, which evaluates fundraising effectiveness based on dollars raised per “footprint minute” of a pledge program. The metric benchmarks pledge effectiveness of a specific show within a drive to the average dollars per footprint minute from the previous year’s on-air campaign for a station or group of stations. A PPI of 100, which is the average DPFM from the previous drive, is the benchmark that fundraising managers aim to meet or beat in evaluating a show’s performance.

DPTV aired the marathon over Memorial Day weekend and over the weekend of June 13, according to Fred Nahhat, SVP of production. He declined to report total dollars pledged, noting that the station has its own internal system for measuring a show’s pledge performance based on viewer engagement and station sustainability. The marathon hit the highest possible score.

DPTV opted to offer a DVD of the Downton Abbey feature film as a pledge premium, Nahhat said. He believes the premium offer contributed to the station’s success with the marathon.

In its updates to stations, PBS Distribution reported that as of May 28 the marathon had raised $1.2 million from over 6,800 pledges to 12 stations. In a June 3 email, PBS fundraising staff reported that all Downton Abbey titles had generated more than 40% of the gross dollars raised since Memorial Day. PBS declined Current’s requests for comment.

To Phinney, the expiration of PBS’ exclusive rights to Downton Abbey is “unfortunate,” but she hopes PBS will be able to invest in new hit dramas.  She believes it’s unlikely another show will top Downton Abbey, she said. “I’ve been doing this for a very long time — 30 years,” she said. “And I’ve never seen anything like Downton Abbey.”

Brodersen expressed hope that “the next program is just around the corner.”

“I think that’s one of the things that we all strive for and are all looking for. …We have this eternal optimism that we will find the next program,” said Brodersen.

Downton Abbey debuted on Masterpiece before broad adoption of subscription video-on-demand and sustained its fundraising power even as viewers transitioned to streaming platforms, DPTV’s Nahhat said. “It was the right program for the right audience at the right time,” he said. “I’ll never see anything like it again, but, at the same time, we’re always hopeful for new hits. …We will again find programs that are right for our audiences for the time.”