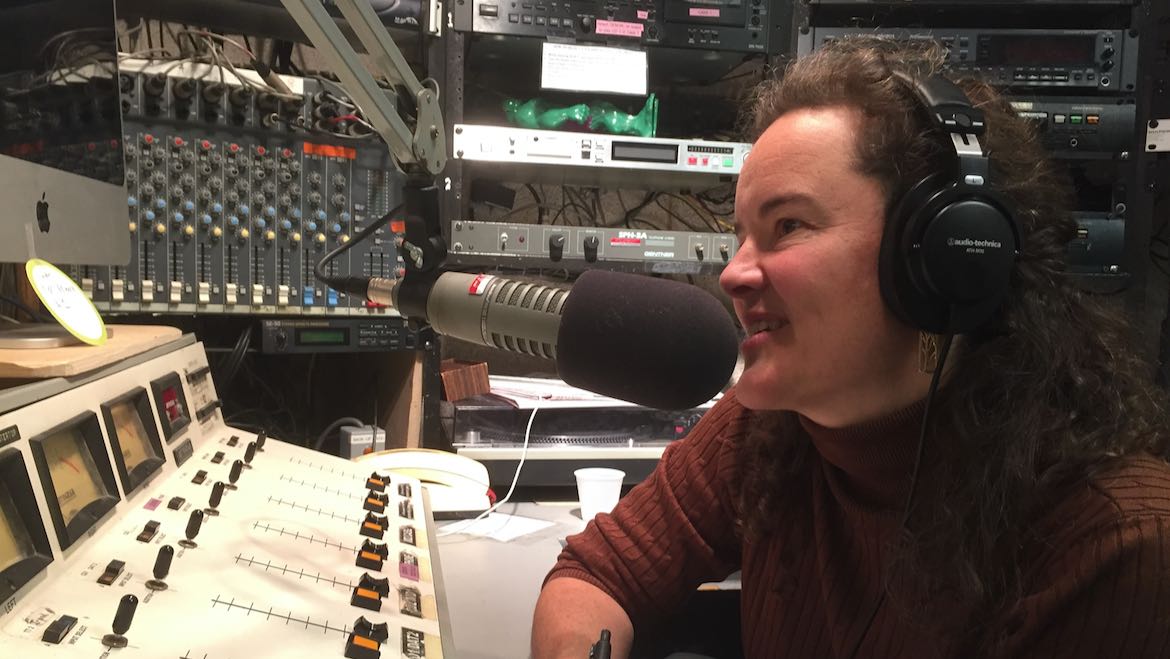 Stations and producers who specialize in producing mental health coverage view their work as a crucial community service for audiences who are struggling and need support.

The time and attention required to deliver deep, nuanced reporting and programming on topics that many people hesitate to talk about — depression, anxiety, suicide — require a special commitment by a station or producer and its funders.

The coronavirus lockdown elevated the need for more reporting on how to cope with its mental health effects, including social isolation, stress and grief. Among the handful of local stations and programs already covering mental health, some were able to respond quickly to the pandemic. Others had to rethink how to balance the demands for breaking-news reporting with initiatives that prioritized long-form treatment or a different focus.

“We’ve been hearing the drumbeat around mental health and suicide in our community,” said Rich Homberg, president of Detroit Public TV, one of several public stations that have been producing content on mental health since 2018. “Suicides are on the rise, and COVID will only increase these challenges.”

Anne Hallward, a psychiatrist, medical educator and founder of the media nonprofit Safe Space Radio, said the increased interest in mental health coverage comes at a pivotal time, since social isolation is a risk factor for mental illness. Hallward’s team is working on a series of national radio specials for this fall that seek to help reduce feelings of isolation amplified by COVID-19.

“It’s frightening, and yet there is an opportunity to sense the connection we have with each other,” Hallward said.

At WHYY in Philadelphia, Maiken Scott began reporting on mental health for the radio newsroom in 2008. She’s now host and creative director of The Pulse, WHYY’s weekly radio series on health and science, which regularly explores mental health issues.

In her earlier job as a reporter, Scott had to make the case for creating the specialized beat, arguing that mental health is integral to any serious coverage of health issues, she recalled. Now she sees wider recognition and acceptance of this idea.

Scott has explored the way mental health infiltrates other news beats, such as how the cost of treatments affects businesses. The ability to focus solely on mental health issues has allowed her to produce more complex stories.

“I’m like the guy who has covered city hall for 20 years,” Scott said. “I know the backstories, the treatment history” as well as the mental health experts who have become key sources, she said. “It comes in really handy, especially in times like these where you have to do really good reporting very fast,” she said.

Scott believes that public radio provides the unique ability to present stories of people who are dealing with mental health issues, she said. “We hear their voices and their stories and we can relate to what is happening in their lives,” she said.

The Scattergood Foundation has funded WHYY’s mental health coverage since Scott started on the beat. Now it supports The Pulse and partially funds the salary of Nina Feldman, the reporter who covers mental health for the newsroom.

The Pulse’s April 3 episode, “Mental Health in Times of Crisis,” focused on the challenges that mental health providers and their patients are facing with COVID-19. Future coverage will delve into other COVID-related topics, including how the outbreak is affecting delivery of mental health services, she said.

Babette Apland, managing director of the content initiative, previously ran behavioral health programs for HealthPartners, a medical care and health insurance provider in Minnesota. She said she views mental illness as one of the nation’s top health-care challenges, pointing out that almost 44 million Americans experience a mental health condition. “It affects all of us,” she said.

Apland joined APM to lead the initiative in late 2017; Alisa Roth, a reporter covering mental health full-time for MPR News, signed on in 2018. The initiative has involved other journalists, producers and hosts in producing more than 150 media items across APM and MPR, Apland said.

APM Reports, APM’s investigative and documentary unit, produced an hourlong program on the search for a cure for Alzheimer’s disease. News stories, expert interviews and event-based Call to Mind programs air on all of MPR’s news and music services. Live events have focused on such topics as suicide among college students, childhood trauma and loneliness.

“That experience has provided the knowledge, resources and network to move quickly in creating content about mental health during COVID-19,” Apland said.

In the early weeks of the coronavirus lockdown, Call to Mind launched COVID-19 Wellness, a website that provides guidance and resources on how to cope amid the pandemic. It covers topics such as managing an existing mental health condition during COVID-19 and coping with stress and anxiety.

APMG also produces two podcasts on mental health. Both launched years before Call to Mind. The Hilarious World of Depression, hosted by writer John Moe, generates more than 300,000 monthly downloads. Terrible, Thanks for Asking, hosted by author Nora McInerny, exceeds more than 900,000 monthly downloads. Last year, the show collaborated with Call to Mind on a three-part series on childhood trauma, “What Happened to You?”

“The audience response is tremendous, with capacity attendance at most of our live events,” Apland said. “We are seeing pent-up demand from people seeking safe and trusted spaces for conversations about mental health.”

In response to journalists’ interest in learning how to cover mental health responsibly, Call to Mind also arranged trainings and created a style guide that covers ethics and best practices for interviewing people experiencing a mental health condition as well as details to avoid and use in coverage.

Buffalo Toronto Public Media, operator of WNED-TV/FM/AM and WBFO-FM with audiences in western New York and southern Ontario, has also been producing specialized reporting on mental health over the past two years.

The station saw an opportunity to fill a gap in local news coverage while also approaching the topic in a different way than other media, said David Rotterman, SVP and chief content officer. “It’s more than simply talking about the medication, the prescriptions, the incarceration. We’re trying to think of how you raise awareness of mental illness,” where stigma is still very much present, he said.

After staff from WBFO developed a proposal for the initiative, the station approached the Patrick P. Lee Foundation, which supports mental health awareness and understanding. The foundation responded with a grant to launch the initiative in 2018. The funding has just been renewed through early 2022, Rotterman said.

Rotterman assembled a team of existing staff and a program consultant to work on the initiative. The reporting airs on WBFO and is posted on the websites of both WBFO and WNED.

In response to the COVID-19 crisis, WBFO ramped up the frequency of its Facebook Live events. On April 16, it launched a weekly series exploring the pandemic’s impacts on mental health in the region. Videos from the Facebook Live events are also posted on the station’s website and YouTube channel.

Finding a balance between coverage of breaking news on COVID-19 and long-form reporting for the initiative will be a challenge, Rotterman said. He had begun planning stories for the next phase of the initiative just before the pandemic hit New York.

Achieving that balance “is something every newsroom is struggling with,” he said. He believes the solution is “not putting all eggs in the breaking-news basket,” he said, since people turn to NPR for longer features and in-depth stories.

Following its 2019 editorial partnership on the documentary special Kids in Crisis: You’re Not Alone, Milwaukee PBS has adopted the personal testimonial style of that production for its COVID-19 coverage.

A new short-form video series, “Stories of our Pandemic,” began airing April 9 on its newsmagazine 10thirtysix and in its World Channel lineup. Another short-form series introduced in March, “Home/Work­,” looks at the pandemic’s impact on the region, including in mental health.

One episode, “Saying Goodbye from Quarantine” by Milwaukee PBS audio engineer Gail Grzybowski, was broadcast by PBS NewsHour March 30. Instead of conventional reporting “with a disembodied voice telling you how big an issue this is, we’re featuring those impacted by this,” said Bohdan Zachary, Milwaukee PBS GM.

This approach, which worked so effectively in the documentary on teen suicide, “is really powerful and clearly works for us,” Zachary said. Now the station is producing special programs on how COVID-19 has affected African American and Latino communities.

Detroit Public TV has been developing mental health coverage on youth suicide for about two years. The initiative started after Homberg met John and Gail Urso, parents who lost their son to suicide. The couple launched Kevin’s Song, a local nonprofit aimed at preventing suicides.

Homberg explains that they became “champions” for the cause of suicide prevention. They have also opened doors for Detroit Public TV to become involved in addressing the issue.

Detroit Public TV’s coverage has focused on reducing shame and stigma of teen suicide through broadcasts and partnerships with the community, said Marty Fischhoff, director of community engagement. The station has produced numerous livestreams of events, such as this year’s Kevin’s Song conference on suicide prevention. It also collaborated with Kevin’s Song and the Children’s Foundation to produce three videos on youth suicide.

Last year the Children’s Foundation awarded a $40,000 grant to Detroit Public TV to produce three town halls on suicide awareness and prevention for students and educators. Homberg believes Detroit Public TV was able to secure the grant because it focuses on engagement that can help address the problem. “That’s what moves you from a media organization to one they see as providing a solution to problems,” he said.

“We want to go beyond the simple headlines and tragic numbers” and provide coverage that serves the community more deeply, he said. “For us, it’s always about that.”

COVID-19 has created a greater sense of urgency about addressing mental health needs, and the station responded by pairing We Need to Talk, a documentary produced by Kevin’s Song, with a repeat of the Milwaukee PBS documentary Kids in Crisis. “Resurfacing existing content is one of the smartest moves a station can make,” Homberg said.

Homberg is working to identify issues and opportunities, and make mental health coverage a sustainable initiative for Detroit Public TV. “We are not interested in one-offs,” he said. His ultimate plan is to seek funding for a bureau that could serve as a repository for information on mental health and to share those resources with the community through a series of ongoing events. Ideally, he would like to hire two full-time employees to focus on mental health. “It’s a business plan we’re building,” he said.

‘New realities … of the coronavirus’

At Safe Space Radio, the independent nonprofit that produces educational media on mental health, Hallward had planned a series of specials for May, designated mental health awareness month by the Mental Health Foundation. Hallward aimed to follow up on the success of Can We Talk?, the four-part Safe Space Radio series that aired on 221 public radio stations in 35 states last year.

Now two of the programs are being retooled “to integrate the new realities we are facing as a result of the coronavirus,” Hallward said. An episode that was to explore saying goodbye at the end of life is being updated with new stories about the challenge of saying goodbye virtually. Another installment about climate change and mental health will be adapted to address the new sense of shared human vulnerability to global public health threats. She plans to deliver the package of four specials for national broadcast through PRX this October.

“These shows are designed to invite meaningful conversation at a time that we are hungry for it and receptive to it,” she said.

Public radio’s mental health coverage can play a pivotal role in providing reassurance during these frightening times of uncertainty, Hallward said. “Radio can reach people no matter how separate we are,” she said. “It’s an extraordinary public health tool.”