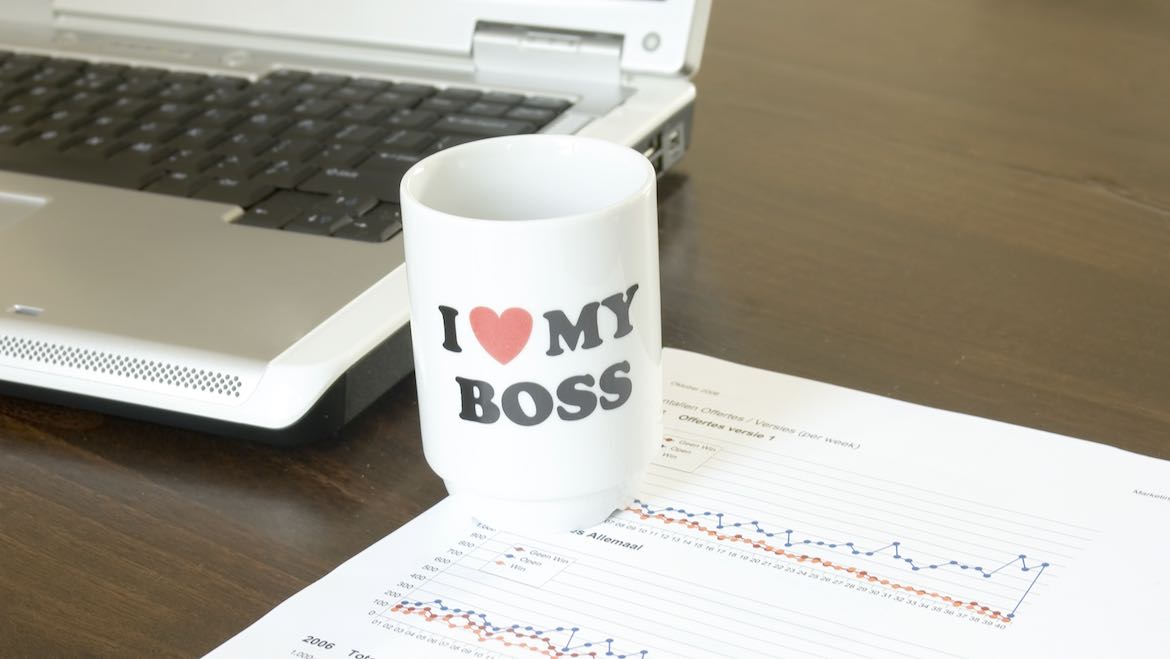 How would you describe your favorite public radio boss of all time? Have you gotten lucky with someone altogether receptive, positive, constructive, wise, encouraging, always pleasant, idea-generating, supportive, trusting and trustworthy, mentoring and candid? And who makes you laugh a lot, of course. I offer the following snapshots of some past radio bosses in appreciation and to encourage like-minded bosses to carry the flag.

I appreciate bosses who are upfront, who don’t say they’ve not liked something for five months and only tell you now. Once, as some (stunning) vocal piece aired, our PD popped his head into the control room, asking: “When’s this music going to be over?” A bit humorous in its shade of subtlety but also constructively candid. In the context of our casual, always communicative relationship, he conveyed a helpful, direct response for later discussion. A consultant might call this an example of “real-time recognition and feedback,” but let’s leave such matters to textbooks.

Another boss handled hosts’ periodic airchecks by having us swap them around. The one-on-one assignment called for being positive but also listening for just one or two things to recommend, nothing more. That felt good, a beneficial low-key system with an egalitarian flavor. Hosts need and usually want feedback; we all can learn from each other.

When the rotation rounded to my boss and me trading airchecks, he gave this expansive tip: “Announce as if you’re standing singing or reciting a poem.” (Where’s Swedish, a song-like language, when you need it? Standing at a mic always seems more energizing, by the way.) That encouragement was inspiring and memorable. After all, a host’s role includes that of performer. As they say truly, you can hear a smile on-air.

My favorite boss I never quite had was head of the adjacent news department. He advised on my submissions of arts features, both whether the topics would fly and then critiquing the draft content. What, he once grilled, are you doing with this iconic movie on its 50th anniversary: You recorded a female film professor raving over (music for) the shower scene in Hitchcock’s Psycho? Hmm.

The features usually evolved over a week or two. The feedback always seemed spot-on, though sometimes painful (we have to drop this third of the piece, oh). His main themes: always strive for clarity, tell a “story,” have color, edit away. And you probably can’t edit enough, though remember that deadline. I learned more from him than perhaps anyone — he was as close to a mentor as I ever had in radio. How might stations bloom by routinely forming mentoring relationships, teaming new employees with seasoned staff?

Another admired fellow almost became my boss, but Mother Nature intervened. At a station in the East, I interviewed for a music director role with various staff and, finally, their popular general manager. I’m awful at interviews, the thinking-on-one’s-feet-when-all-is-on-the-table thing. In preparing, I’d meditated at home on some key points to convey.

The interview questions were astonishing, just as if the general manager had stolen my notes and was reading them back to me — totally simpatico. His priorities matched my priorities, in detail. Mutual appreciation and solidarity in vision augur well.

I slept on the fine offer for a week while checking out the area. What would working on a basement level lacking windows be like? Would life be good relocating to this new state? Yes, homes are that pricey and five days of cloudy weather is not untypical. Alas,  passing meant forgoing a likely great boss indeed. The road not taken.

At another station, my boss usually conducted the station’s weekly staff meeting. All-staff meetings can be notorious for droning on about matters not pertinent to many attendees. Mercifully, these station meetings were held to an hour, always. Remarkably, the massive elongated boardroom table accommodated a score of us. Senior management tactfully but genuinely solicited opinions by going around the table. The banter was timely and informative, a good way of learning about other departments and their personalities. It provided for an exchange of ideas, and displayed the encouragement and leadership of management.

Those are some practices by good bosses from my experience. Undoubtedly, you have examples of your own. Are they similar? Were they often genuinely nice people, too? Let’s take a more aerial view.

We know what incentivizes Wall Street workers. That provides a clue in probing the question: What sets apart managers in public radio from those in other fields? A primary research study might reveal a higher percentage of working managers — those who don’t just manage but wear other hats, such as steady on-air roles. Why? Because public radio managers want to be good role models and engage directly within that worthy mission: informing the public with accurate in-depth news or crusading for music formats almost extinct on commercial radio.

Public radio professionals likely are drawn to the job by keen interest in current events and good journalism, a sense of vitally serving the public, of producing edifying radio and making a difference. A nation is healthy and vibrant with a well-informed citizenry. In our jaded era, we should never forget the words of John F. Kennedy: “Ignorance of one voter in a democracy impairs the security of all.”

As among the most cost-efficient of media historically, public radio stations innately deemphasized the profit motive. You don’t go into public radio to get rich. In terms of motivations, I like to think a greater goodness or altruism is at the core of most public radio folks, including its bosses.

Of course, hundreds of management consultant books analyze and prescribe for the workplace, applying psychology and “essential principles.” More engrossing and inspiring will be your own stories of good radio bosses who brought out the best in you. We’d love to hear your reflections.