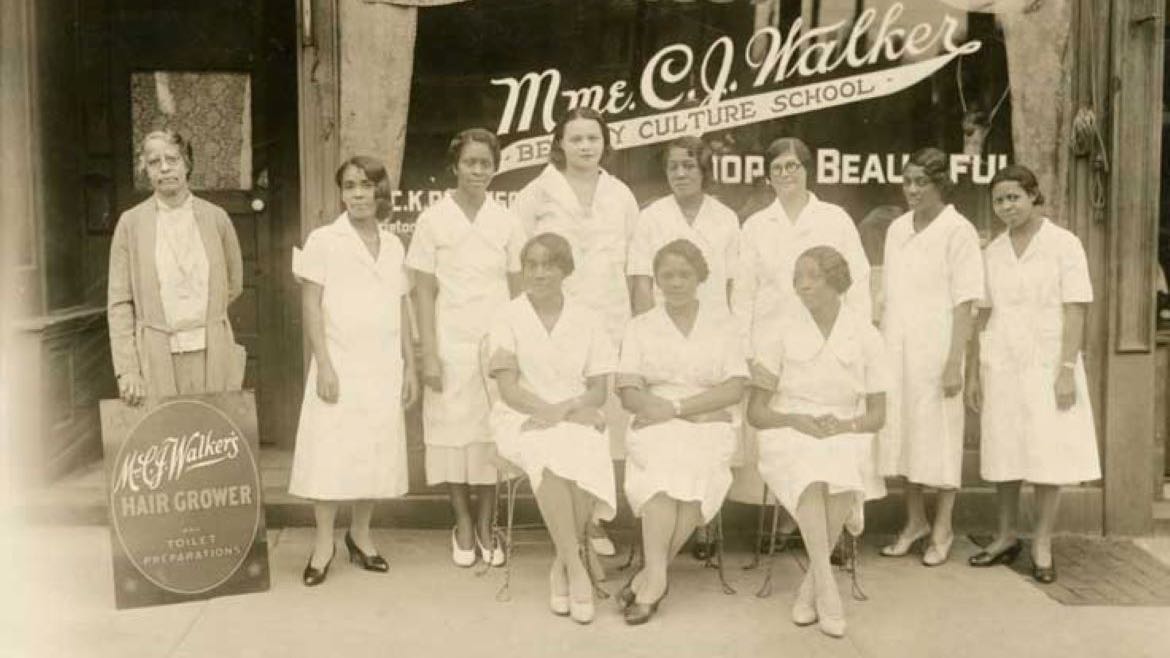 Women pose in front of one of Madame C.J. Walker's beauty schools.

World Channel is boosting its presence on YouTube and aiming to reach wider audiences by adding more exclusive and original content to its online offerings.

The broadcast channel and multimedia content producer, which is operated by WGBH in Boston and distributed by American Public Television, launched the initiative March 31 with the release of Two Dollars and a Dream, directed by Stanley Nelson. The rough goal is to release one feature a month, shorts from documentary series every four months and short films as they become available, said World Channel EP Chris Hastings.

Online presences have become increasingly important to public media stations. Over 100 public TV licensees began livestreaming their broadcast channels on YouTube TV in December as part of a deal between PBS and the video platform.

Hastings said World Channel created its YouTube channel in 2012 but previously had to direct more resources to the World Channel website and building its brand. It had been using YouTube as a marketing tool, featuring promotions and trailers. It now plans to focus on strategies for targeting new audiences who turn to YouTube for information.

“As we look at where audiences continue to be, it’s a very diverse audience online,” said Hastings. “So we want to be a gateway to public media for young audiences.”

Hastings said that while World Channel had already planned to step up its YouTube strategy this year, the timing of reaching more people as they’re staying at home “works out.” World Channel’s success with its YouTube effort will depend on good promotion and “being really clear about what we do,” he said.

World Channel hopes to continue working with partners in the independent film community to bring more exclusive content to the YouTube channel. One partner is Firelight, the independent production company founded by documentarian Stanley Nelson that also has a documentary lab focused on supporting filmmakers of color. Firelight and World previously collaborated on Your Voice, Your Story, a series of interviews with actors, journalists, musicians and writers. The YouTube channel already features a playlist of Firelight films.

The release of Nelson’s Two Dollars and a Dream was a result of their partnership and the initiative coming together “organically,” Hastings said.

“We try to really listen to what our partners have and what they want to do,” said Hastings. “With Stanley, it was like, ‘Yeah, let’s try it.’”

Two Dollars and a Dream examines the life and journey of America’s first self-made female millionaire, Madam C.J. Walker. The film first aired in 1988 on Maryland Public Television and WETA in Washington, D.C. To Nelson, the film was a “family story” because his grandfather was Madam C.J. Walker’s business associate and his family significantly helped in the making of the film.

The documentary’s release on World’s YouTube channel came after Netflix began airing the series Self Made: Inspired by the Life of Madam C.J. Walker, a fictionalized version of Walker’s story, on March 20. Nelson said Netflix’s special in part prompted the re-release of his film, as people were calling him to ask whether the series’ depiction of Walker was true.

Delays in regular film production due to the COVID-19 pandemic also forced Nelson’s team to get creative about what else they could focus on. They had already been in contact with people at World, and their partnership helped the initiative come together quickly, said Nelson.

“World has an audience and can push it out there, so we had the film and they had the platform,” said Nelson.

Nelson’s film got over 250,000 views in the first week it was released on YouTube, according to Hastings. The video is most-viewed on the channel at 360,000 views, with the second–most-viewed video at 108,000 views after being published nine years ago.

Channel subscriptions increased by 2,000 during the first week of Two Dollars’ release. The channel now has 7,530 subscribers.

Hastings said the comments on the video showed people are “more aware of the World brand,” which helps make further connections. “It helps raise our visibility outside public media,” said Hastings.

Nelson said he was surprised and pleased by how many views the film received on YouTube.

“It goes to show that if you build it and get a platform to show it, they will come,” he said.

Hastings said he hopes to use YouTube to broaden the types of content World can work with, since timing matters less online than with broadcast. The channel is also featuring nine short films inspired by Blood Sugar Rising, a Structure Films documentary for WGBH about the diabetes epidemic in the U.S. WGBH produced the short films for younger audiences who might not watch the full broadcast, and WORLD posted them on YouTube April 13–15.

Hastings said World is open to more partnerships and wants to work with “everyone in the system.” He said it’s important for their partners to tell World what they need and what communities are looking for.

“We have a platform, but that platform is only as strong as our partners,” said Hastings.

Correction: An earlier version of this article incorrectly referred to Madam C.J. Walker as America’s first self-made female billionaire. She was a self-made millionaire.