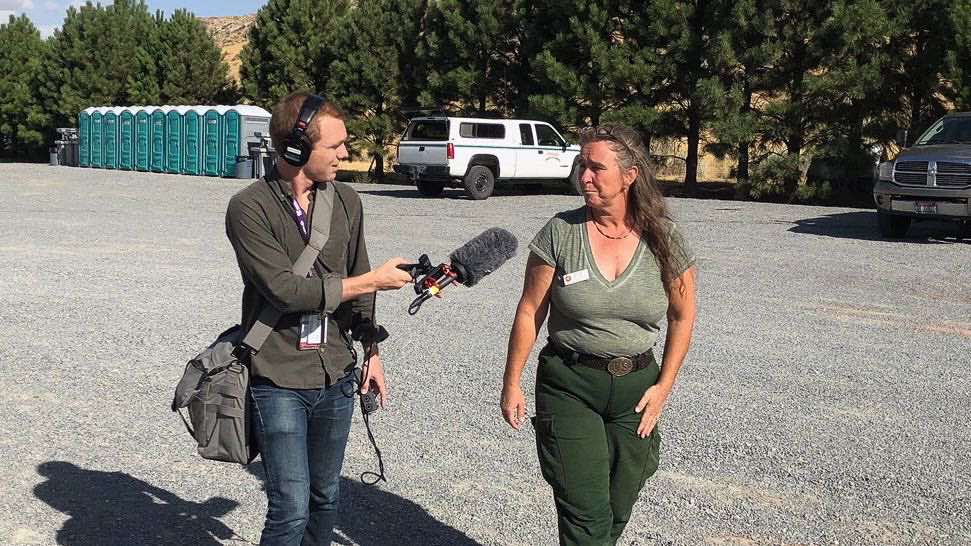 Several public media outlets have pulled out of partnerships with Report for America, the nonprofit initiative to add journalists in newsrooms across the country, citing financial complications brought on by the coronavirus pandemic.

Earlier this year, RFA announced over 150 newsrooms across the country, including dozens in pubmedia, would receive funds from the initiative for paying early-career journalists to take on neglected beats. Public media outlets made plans to focus on topics including Latinx communities and Native tribes.

But eight public media outlets dropped out in the weeks leading up to the April 23 announcement of corps member placements. Their reasons vary, but representatives of two stations said the global pandemic caused them to reconsider priorities.

“We still want to be fiscally conservative, because we see this as not going to end right away, and South Florida is one of the virus hot spots,” said John LaBonia, GM of WLRN in Miami. The station had planned to add two journalists, one reporting on county news and the other on immigration.

News outlets partnered with RFA receive up to $20,000 in funding for a corps member’s salary. The newsroom is responsible for raising money through memberships and local philanthropy to pay the rest.

Station leaders say they see cutting RFA positions as an unfortunate casualty in a bid to avoid layoffs or furloughs. At Michigan Radio, where an RFA member would have focused on mental health coverage, station leadership identified the partnership as an area where costs could be reduced quickly.

“We are looking at a shortfall this fiscal year and a projected larger shortfall next fiscal year,” said News Director Vincent Duffy. “In an effort to make sure that we could maintain the staff that we have and the work we were doing, we really couldn’t add another position.”

“There’s just so many things impacted by mental health and mental health services. We see that as an area that’s very rich for quality storytelling and accountability,” said Duffy. “And it is something that we won’t have now that we were hoping to have.”

Stepping up to the plate

The initiative was to lose 10 positions at public media organizations. But other pubcasters stepped in to salvage nearly half of the jobs.

KERA in Dallas and Kansas City PBS both added corps members to preexisting commitments. The Missouri station added a second corps member to cover rural parts of the state. KERA, the lead station of The Texas Newsroom, will welcome three additional corps members.

One KERA corps member will cover rural Texan news deserts through photography and video; the other will report on health disparities in Houston communities.

The third beat will focus on economic impacts of the coronavirus crisis, When KERA VP of News Rick Holter pitched the beat to RFA, he said he envisioned a position that would guide pandemic coverage in other newsrooms. The corps member will contribute virus-related stories to KERA’s One Crisis Away, a series focused on North Texans on the edge of financial collapse.

“This reporter will handle a lot of daily news developments but will also contribute pretty significantly to this project, because with 26 million newly unemployed people in the last month, there are a lot more people on the financial edge,” Holter said.

Dropouts ‘needed it the most’

RFA co-founder Steven Waldman said he was disappointed to learn that public media outlets were pulling out of the initiative but that he understood given the pandemic.

There are no hard feelings between Waldman and RFA’s dropped partners. He said as news faces novel challenges in light of the pandemic, public media outlets such as WLRN and Michigan Radio are important figures in the fight to preserve local news.

“Public radio is becoming quite an important part of the program,” Waldman said. “Many public radio stations have really stepped up and tried to improve and strengthen local news operations, especially in the wake of newspapers contracting in their communities.”