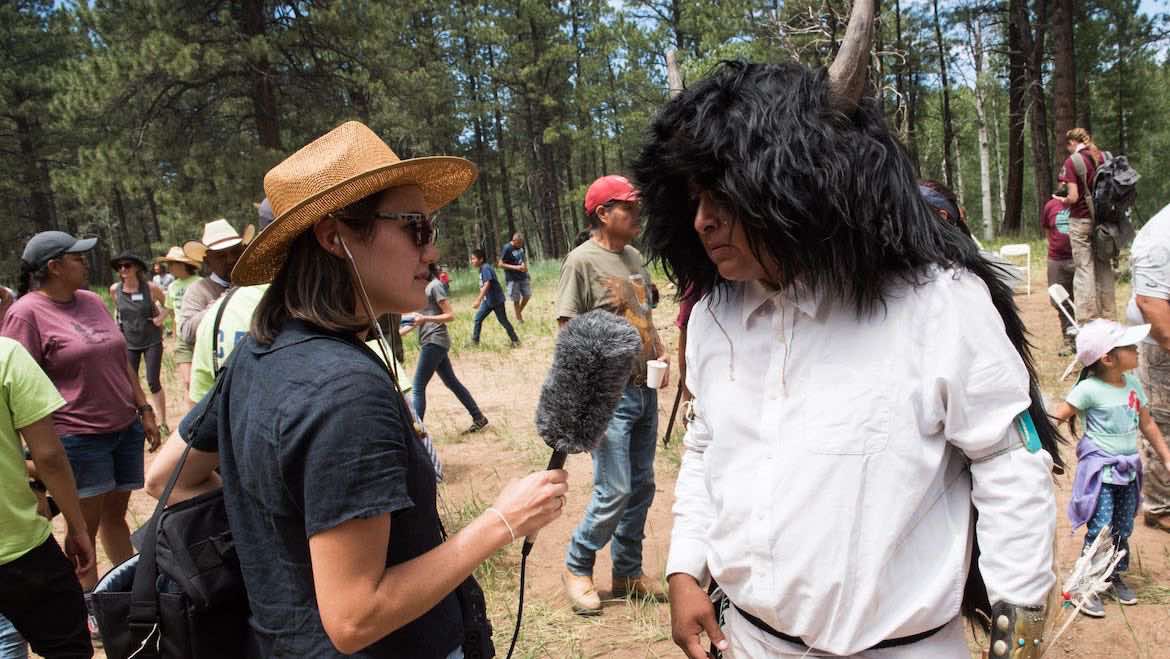 Dozens of public media outlets will expand their reporting this year with help from Report for America, an initiative funding the hiring of journalists in newsrooms across the country.

Established as part of The GroundTruth Project in 2017 by veteran journalists Steven Waldman and Charles Sennott, Report for America describes journalism as a national service program, molding its initiative after programs like AmeriCorps. Its funding comes from various foundations and donors.

In 2018, its inaugural year, the nonprofit partnered with 12 newsrooms. That grew to 50 local news organizations the next year and over 250 corps members in 164 newsrooms planned for this year. More than 35 of this year’s participating organizations are public media.

Reporters selected by RFA will work in their assigned newsrooms for a year with an optional one-year extension. Several stations that participated in 2019’s program, such as KERA and KUER, will house a returning corps member in the upcoming year.

Newsrooms apply for RFA’s funding by pitching an important beat currently undercovered in their communities. RFA pays half the salaries of reporters in participating newsrooms, with the organizations covering the rest through existing assets and local fundraising. The 2020 cohort of journalists will cover a wide variety of beats, including statehouse reporting, white supremacy and drinking water.

Kim Kleman, RFA’s national director, said partnering with public media outlets will allow them outlets to amplify their coverage and expand their presences in their communities.

“It’s important that we partner with them because they need to step up and produce this kind of news and this kind of reporting that they maybe haven’t had to do in the kind of quantity that they do now,” said Kleman.

Many of the new reporters will focus on geographic areas lacking coverage. Eric Schmid, a corps member at St. Louis Public Radio, reports on East St. Louis in Illinois.

“St. Louis Public Radio has traditionally covered the city and surrounding county in Missouri very well but was lacking when it came to communities in Illinois, even though they’re part of the St. Louis region,” Schmid said.

Several pubmedia partners will use the opportunity to expand reporting on underrepresented communities. Yellowstone Public Radio in Billings, Mont., will employ a second RFA reporter after successfully starting a tribal affairs beat with the organization’s help last year.

According to Ouellet, no media outlet in the state had a dedicated statewide tribal affairs reporter until her station created the position. “When 8% of your state population is of one race and that race is really undercovered, I think that’s usually problematic,” she said.

Other public media newsrooms are starting beats with RFA funding to cover similarly undercovered communities. Maggie Messitt, a senior advisor for RFA, said the organization  looked for newsrooms that pointed to a lack of coverage in important areas.

“What’s really critical is that, through the interview process, we can fully grasp that there was a really genuine investment in wanting to bring on a new reporter for this purpose and a genuine understanding as to why it was really critical to their community,” Messitt said.

One station, WITF in Harrisburg, Pa., will add two reporters from the upcoming corps to cover Latinx communities and their role in local politics.

Tim Lambert, multimedia news director for WITF, said his station has needed to cover these areas for a long time. Pennsylvania’s Latinx population was estimated to be about 973,000 in 2019, according to the U.S. Census Bureau, growing from nearly 720,000 in 2010.

“We hope to reach folks who may not be typically be public media users,” Lambert said.

He added that reporters chosen for the position will have the space and freedom to carve out the beat.

“I think with us, it’s going to allow us to experiment with translating these stories into Spanish,” Lambert said. “We are hoping these reporters can work together on a Spanish-speaking podcast as well.”

Applications for corps positions close Jan. 31. In addition to their newsroom responsibilities, successful candidates are expected to do direct service within their community, such as helping a high school with a student publication.

Messitt said existing corps members covering diverse beats have used the service aspect to engage with and give back to their communities outside of their journalism.

“The reason local journalism can be successful is when those reporters really invest in the community that they’re reporting in, because reporting is a service in and of itself,” Messitt said. ”The service projects expedite many of the corps members’ ability to feel a part of the community or get to know the community better.”

Correction: An earlier version of this article incorrectly referred to Report for America as an organization. It is an initiative of The GroundTruth Project.