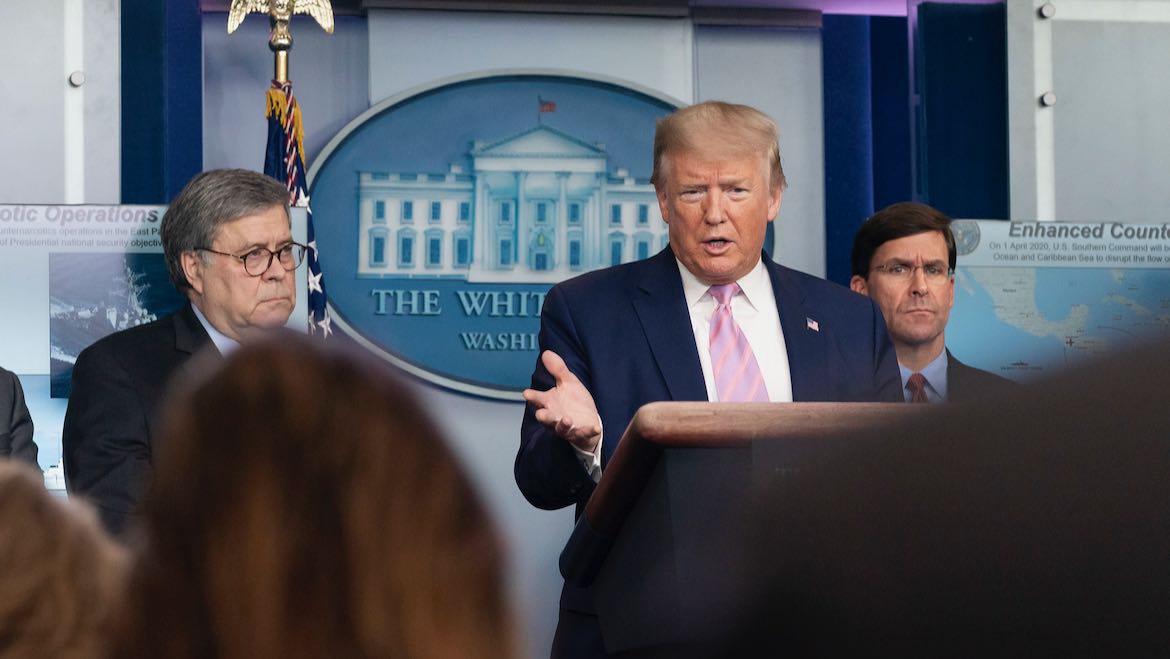 Public radio stations are welcoming NPR’s decision to pull back from interrupting All Things Considered with live feeds of White House briefings about the coronavirus pandemic, citing President Trump’s frequent misinformation and contradiction of health officials.

In recent weeks, the network has more often provided a live, unanchored feed of the briefings on its breaking news channel rather than break into ATC, as it did when the series of daily briefings began. Some stations had asked NPR to take that approach after Trump made numerous unsubstantiated and inaccurate claims that conflicted with facts presented by coronavirus task force members.

The contradictions spurred calls for news outlets to reconsider airing the briefings live and in full. “The networks, with the exception of C-SPAN, should quit carrying the briefings live,” wrote Washington Post columnist Karen Tumulty March 24. Tumulty noted that the day before, “nearly all” networks aired the briefings only in part.

Briefings from state officials, on the other hand, are getting wider carriage, with 25 of the 62 stations saying that they’re carrying state briefings in full on their main broadcast channels. Another 19 are reporting on state briefings in lieu of live coverage.

NPR stepped up its use of its breaking news channel the same week that some networks began cutting away early. That’s also when KUOW in Seattle, an early epicenter of the pandemic in the U.S., got national attention for its decision to stop carrying the briefings live.

“After airing the White House briefings live for two weeks, a pattern of false information and exaggeration increasingly had many at KUOW questioning whether these briefings were in the best service of our mission—to create and serve a more informed public,” the station said in a statement on its website March 25. “Of even greater concern was the potential impact of false information on the health and safety of our community.”

Amid the widespread discussion of Trump’s handling of the briefings, Washington Post media critic Erik Wemple praised KUOW’s choice. “KUOW notes that the decision is not motivated by politics and that it will be reviewed each day,” Wemple wrote. “Good plan, though as long as the president takes the lectern, those daily decisions should be pretty easy.”

The advocacy group Free Press even petitioned the FCC to “remind broadcasters of their duty to prevent the spread of misinformation” and “investigate outlets that spread false information without issuing disclaimers.” Free Press pointed in particular to Trump’s claims about chloroquine, which he has said could treat COVID-19, and pointed to an incident last month in which an Arizona man died after consuming a fish tank additive that contained chloroquine.

The FCC rejected Free Press’ petition Monday. “The federal government will not — and never should — investigate broadcasters for their editorial judgments simply because a special interest group is angry at the views being expressed on the air as well as those expressing them,” said FCC Chairman Ajit Pai. “In short, we will not censor the news.”

The week of KUOW’s decision, NPR SVP for News and Editorial Director Nancy Barnes said in a March 25 statement to Current, “Today, we have decided to lean into our original reporting and analysis on our daily programs like Morning Edition and All Things Considered while offering our Member Stations a live stream of the White House briefings on a separate channel, but our coverage decisions will continue to evolve daily.”

That approach has largely persisted since then, according to station leaders. Several told Current that they prefer having the breaking news channel option and would rather provide reported, fact-checked coverage instead of unfiltered statements by Trump.

“I had become increasingly concerned that the information was inaccurate, contradictory [and] was not really helping to enhance our understanding of the issue,” said Mark Leonard, GM of Nebraska’s NET. “We then made the decision that if it was broadcast within All Things Considered, that was an NPR call, but that we were not carrying it live outside of the context of the NPR national coverage.”

“At the same time, unlike KUOW, I did not feel it was useful or helpful to make any sort of public stand on it,” Leonard added. “… The politics around it are superheated.”

Mike Thompson, chief content director of news and public affairs at WOSU in Columbus, Ohio, said he’s long asked NPR to put briefings and major congressional events on its breaking news channel. “Just put them up there and let the stations decide,” he said. “I’m very glad they did that, finally.”

WOSU has largely declined to air the briefings since NPR began feeding them on the breaking news channel, he said. “It’s a tough call because they’re at a tough time of day, they go on really long, and the information that’s presented is often at least confusing and at worst, incorrect,” Thompson said. “And there’s political grandstanding going on. I just don’t think it serves the audience.”

“I would hope that they’re not afraid to air them within All Things Considered if they believe the president may make news,” Thompson said. “If he doesn’t, they can dump out of it. That’s OK. You don’t have to take the thing in its entirety. Just go back to regular programming, which they do very well.”

Illinois Public Media in Urbana had also asked NPR to allow stations to choose whether they wanted to air the briefings, said Reginald Hardwick, director of news and public affairs. “There are other places that people can get it,” Hardwick told Current. “… But what we know is in short supply is well-researched interviews and stories offered locally and by NPR. So our preference is to stay with that.”