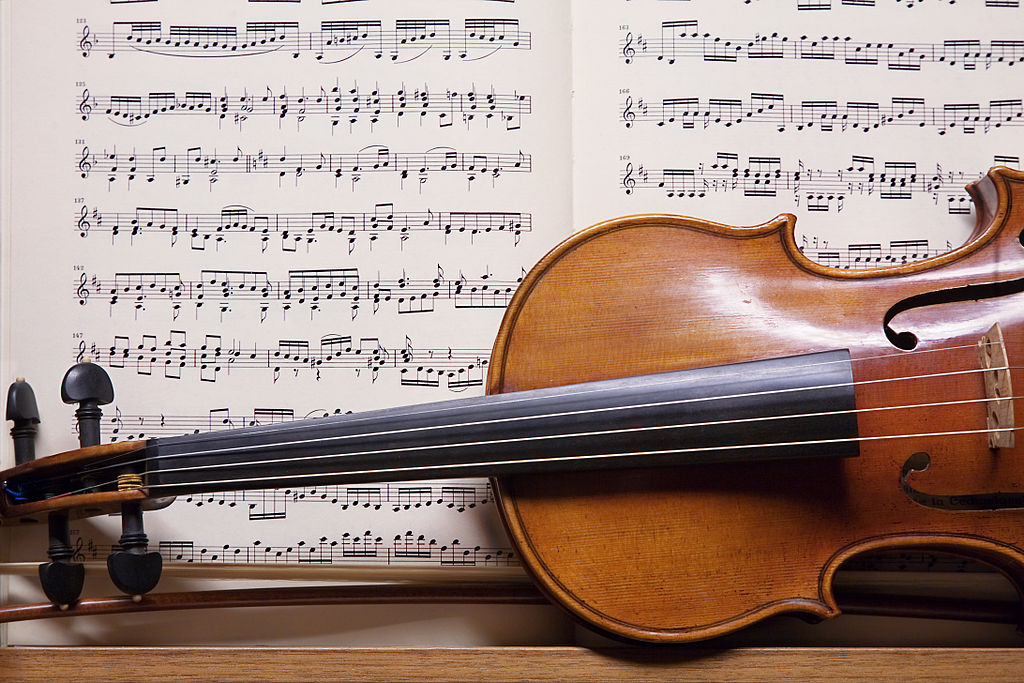 Immersed in classical radio, I always monitored the clock — but never counted the hours. Over the years, when not in the daily trenches, one reflects and develops convictions about “best radio practices” at stations. The perspectives here likely differ from those in senior management.

Station managers sit topmost because of their smarts, immense dedication, and often wisdom garnered from years of experience building their institutions. My public radio career stands in converse: at several stations, with mixed success yet usually sure the merit of my contribution left most stations a better place. And I wouldn’t trade its spice-of-life variety — producing promo CDs, interviewing stars from Alsop to Zinman, training classical hosts, revamping music libraries, crafting fresh and enjoyable programming, creating independent national productions and learning some lessons as well.

This grab bag of lessons — mostly about avoiding pitfalls — may be controversial. But that’s good if they provoke discussion at your station, helping you deliver a better music service to listeners. Which of these do you agree with?

Wrong. Here I’ll sing with Groucho, “Whatever it is, I’m against it.” If you program more than three consecutive works according to a narrow theme, then you risk sacrificing appealing programming. A questionable piece must be shoehorned into the blend only because of its theme connection?

Avoid being a slave to theme-based programming. Many listeners won’t notice the “cleverness,” others won’t care, and if some listeners don’t warm to your theme, you’ve lost them for the duration. It doesn’t mean you can’t have tried-and-true draws like Bill McGlaughin’s show, Noonzart or a Bach’s Breakfast Hour. They’re different animals.

I once noticed a seasoned host in my department had programmed, well beyond guidelines, three hours in a row of … overtures! Now there was a certain purpose behind the madness of this quirky announcer; folks tuned in for his avuncular personality and witty asides. He became the rare exception to let fly his weekly fling.

Wrong. One large station’s imposing PD directed me as a new host, “Don’t say anything at all about the music.” I came around to tactfully ask why. “Some listeners will always know more.” Oh. This long-time classical station later converted to an all-news format.

Another place allowed only comments directed toward the music itself. Express nothing about the composer, performers, related stories or a host’s speculation; it must be shorn of your personality. All that stuff was felt extraneous. So, a teenage piano prodigy who debuts with the New York Philharmonic suddenly develops hand tremors, transforms into a conductor instead, then bravely returns to the keyboard after decades: Not worthy of noting? This colorless approach lasted only a few years. That national network did not win a renewal of outside funding.

Most of all, listeners want the music — that’s why they tune in. Cold-roll on occasion: Not every piece needs an introduction. But hosts provide the value-added ingredients of companionship and appreciation. The latter may be a memorable anecdote about the composer or performer, or what to listen for. This elevates listener enjoyment. Among miscellany, the best hosts offer very brief occasional introductions, avoid “thee” instead of “thuh” (in pronouncing “the”) and omit mention of opus numbers (please).

3. Managers should be flexible to adjust job descriptions.

Right. The best of managements appear to recognize that not everyone is good at everything. They assess strengths of employees over time and assign roles that play to those strengths, which then boost the confidence and performance of workers. The best stations adjust job definitions, adapting to individual talents and taking into consideration worker contentment. Larger stations seem less flexible.

At one large station, my assigned desk sat at a busy doorway with no privacy. My sole job: Script classical introductions to someone else’s programming, then pre-record those breaks. Day after day, absolutely nothing else. The chassis moved along the line and little nuts got screwed on. Oh, for the dust in my soul.

4. Classical stations should only hire musician-hosts.

Wrong. Their years of music training presumably bring a passion and knowledge — big pluses, right? You would think so, but not always in practice.

Musicians bring a bias which may not grow listenership as hosts. Musicians, with years of experience and big home libraries, may possess tastes too esoteric for programming an appealing mix. We air Rhapsody in Blue because it’s great music and any day may open someone’s doorway to the universe of classical music, a potential friend for life. True, we programmers want to help lead listeners’ tastes along. But please, we don’t need Mahler and Nielsen symphonies every day or week, thank you. A lot goes into appealing programming, which is partly an art, partly a science, partly suppressing ego and bias.

One host with a music background insisted that only 20th-century music be aired because that was the taste of her and her friends. That’s like working at a bookstore and only helping customers who ask for biographies. Another time I heard a PD remark: Don’t play your favorites. A refined translation developed: Don’t play just your personal favorites, frequently.

Two musicians at different stations had wonderful on-air voices. In one case, though, you knew horn pieces were coming every afternoon because the host allowed her horn-virtuoso background to skew her programming. Another fellow, a viola player in the local orchestra, you would think might convey his passion for music after those years of practice. Not so. The on-air personality was invariably flat. Musicians are not at all the automatic best choice for classical host roles.

5. Stations should not hesitate to hire both spouses.

Wrong. And hiring multiple sets of spouses surely carries potential problems. First, consider employee morale. Colleagues may wonder whether each spouse on their own could have landed their positions. Second, more favoritism looms on the horizon. When three scoops of internal politics are added to the mix, workplace fairness may be fogged as senior management makes calculations not based on merit. The topic touches on nepotism and ethics and should be addressed by station or licensee policy.

6. Just one person should program all of a station’s classical music.

Wrong. Two main camps exist on how to approach classical programming. One camp posits complete control with one person choosing all the programming, often by computer generation. This ensures certain execution of desired programming objectives.

This approach also feels mind-numbingly boring for many hosts. It doesn’t tap their creative juices and makes them feel less trustworthy or respected, little more than board babysitters. It also may result in stale or over-recycled programming. For the most part, listeners do not notice because they don’t know what they’re missing. But it doesn’t produce an ongoing fresh classical sound.

Another camp lets each host handle their own shift’s programming based on careful guidelines. Most hosts welcome the uplifting excitement of the creative challenge, taking ownership and crafting pleasant hours.

That approach may become burdensome. Time must be divided between selection, preparing on-air presentation, and any related production work. Criticisms include that the sound may not be consistent throughout the day and the same works get overplayed. There are solutions to those drawbacks, however.

A third route, a hybrid approach, optimizes the opportunity for host creativity, yet with a lighter load while yielding a fresh sound. Computers are essential in serving programming, of course, through the tracking of aired works, searching pieces by category, offering options and flagging music anniversaries or other occasions of note.

Why not pre-program each hour with a Top-400 work or two, then allow hosts to creatively fill in with their choices following guidelines prompting diversity in era, instrumentation and other criteria? This hybrid represents a nice balance: a computer assist in generating popular hourly works, with hosts adding the rest. For management, hosts and listeners, a win-win-win.

Your station’s programming philosophy and what to program also present fascinating food for thought.

7. For best results and more, balance the burden during on-air fund drives.

Right. At one large station, as the 6–10 a.m. morning host, I was handed five hats to wear: board engineer, programmer, host, underwriting reader, and full pitch partner without scripts. That crazy load was unnecessary, too burdensome for best results. In addition, my pitch partners were not swapped out frequently to avoid staleness, and the fund drive was not truly viewed as an element of programming deserving appropriate attention. No prerecorded testimonials, for example, were aired to enrich the on-air appeal. OMG.

At my immediate-previous wiser station, testimonials enlivened the drive, lending it gravitas. Also, the music host was responsible for the programming and board engineering, but with three others participating: a dedicated duo of pitchers with scripts, plus an engaged off-air producer who served to set up pitch breaks and give ongoing encouragement and counsel, eraser-board ready. Alas, at the first noted station, my advice went unheeded due to the malady of “We’ve always done it this way.”

Old broadcasters never die, we just fade, fade down … by wondering: whether the gentle riding of faders, along with lighter signal compression, might deliver a more pleasant, accurate music experience for listeners; or why a major-market station this century asked me to host solo harpsichord music (really); or whether holding on to that old vinyl would yield a bounty now (how could we have known?); or why only one station in my rounds ever discussed the varied efficacy of different types of program promotion (vertical, horizontal, diagonal, cross-platform); or why more stations don’t have “suggestion boxes”? Ah, the topics abound.

How many of the seven lessons did you get “right”? I hope these views encourage better decision-making and approaches at your station. We all want the treasure of classical music to thrive, its joys shared widely on public radio.

Peter M. Johnson (ecoessays@aol.com) produced various radio series, including The Author’s Corner; was music director of four classical stations including WDAV in Davidson, N.C., and KZAZ in Bellingham, Wash.; and was exclusive radio producer for the Aspen Music Festival for two years.