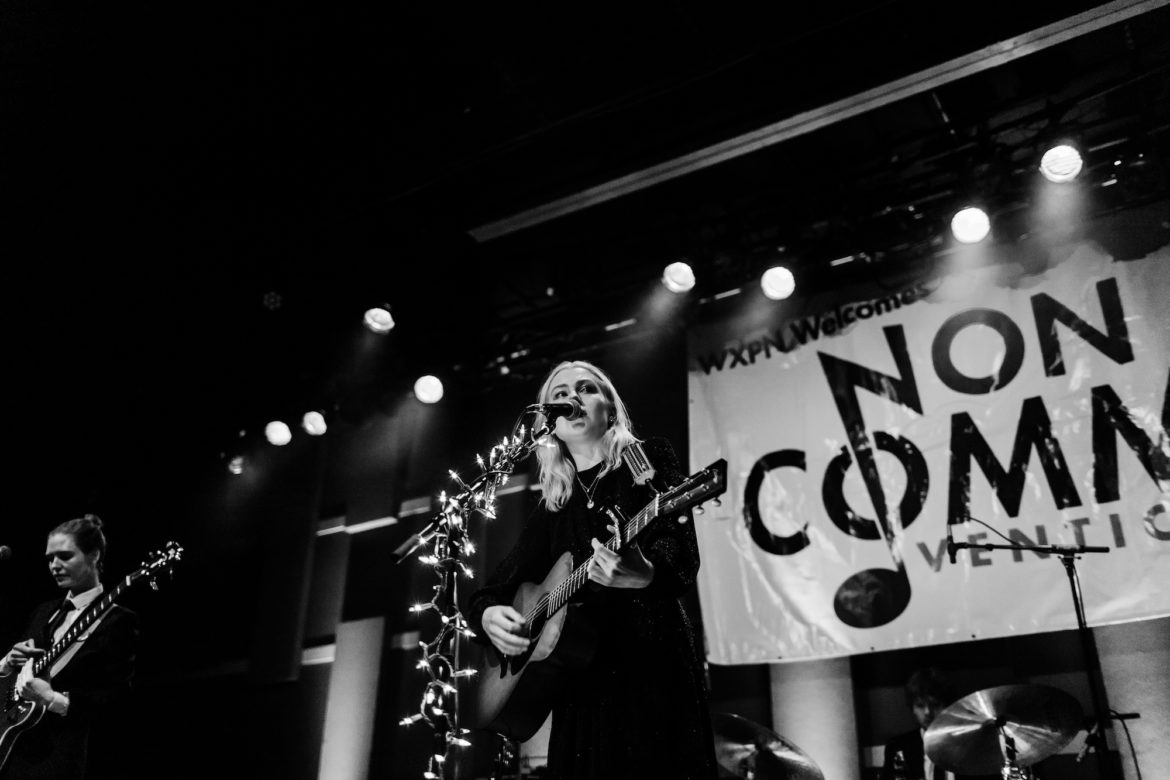 Phoebe Bridgers performs at the 2018 Non-Commvention.

WXPN in Philadelphia announced Tuesday that it is postponing its annual multiday convention of noncommercial Triple A music programmers because of the coronavirus.

The decision was made “due to public health and safety concerns, and in accordance with The University of Pennsylvania guidelines related to the COVID-19 pandemic,” according to a statement Tuesday from WXPN. The station, a licensee of the University of Pennsylvania, hosts the Non-Commvention at its headquarters and the music venue World Cafe Live.

The Non-Commvention includes sessions for public radio programmers and music performances that are open to the public. Last year the convention included the first-ever noncomMUSIC Alliance Summit, a meeting focused on issues affecting all public radio music stations.

The Non-Commvention usually draws representatives from about 50 to 60 public radio stations and several hundred attendees, according to a WXPN spokesperson.

WXPN plans to hold the event at a later date, the spokesperson said.