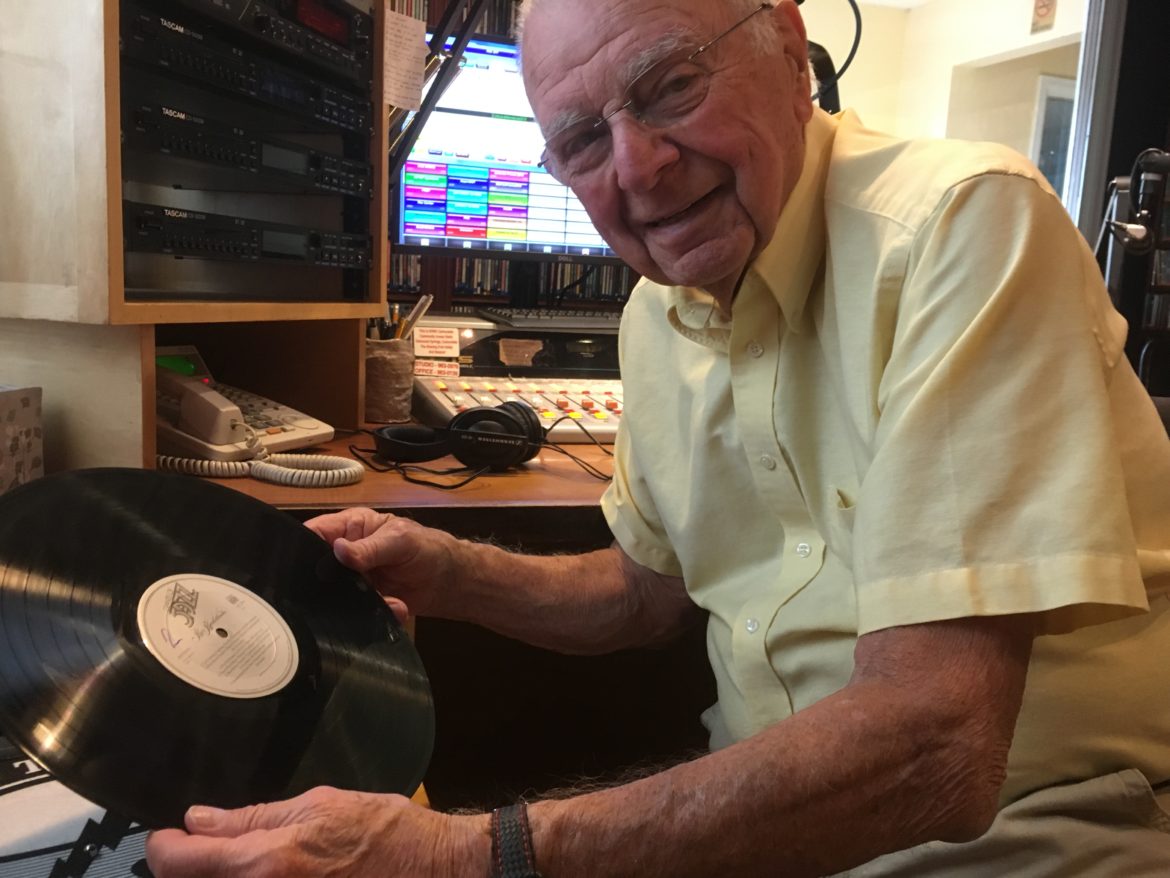 Art Ackerman has hosted countless programs in his 30-plus years as a volunteer DJ for KDNK in Carbondale, Colo., but none quite like Tuesday’s.

As the novel coronavirus outbreak continued to spread, KDNK Station Manager Gavin Dahl made the call that it was too risky for Ackerman, who is 94, to come to the studio for his show Swing Swing Swing. The weekly show mostly features swing jazz from the 1930s and 1940s, chosen from Ackerman’s personal record collection.

The station, which airs a mix of news and various genres of music hosted by volunteers, is letting DJs into the studio as long as they aren’t showing symptoms and aren’t in a high-risk category. It is taking extra precautions, such as cleaning the studio with disinfectant wipes.

Dahl told Current that he had to tell Ackerman, “‘I gotta be the bad cop on this one, man. I can’t be responsible for letting you come in right now.’”

Ackerman wanted to be there for his listeners. “He’s like, ‘I want to do my show,’” Dahl said.

“I was able to go, but Gavin … thought I shouldn’t,” said Ackerman, whose nickname is “Ancient” Art. “I used to be ‘Contemporary’ Art,” jokes Ackerman. “ … Of course, I have museums named after me all over the world.”

So Dahl came up with the idea to pick up Ackerman’s albums and drop the needle on the records in the studio while Ackerman hosted from his home by phone. The night’s selections included Bing Crosby, Doris Day and Count Basie.

It was a hit with listeners. “People were telling me they were crying,” Dahl said. “I had a woman who called and said, ‘I’m singing along to every song. You guys are touching a lot of souls tonight.’ And just the most inspiring, positive feedback you could get.”

Dahl shared on the air that another listener wrote in, “We needed this.”

Ackerman was a bit more critical of his first time hosting a show from home. “It was a little tough,” he said. A dialing sound came through his phone, and Dahl “would have to hang up and then I’d have to call him back,” Ackerman said.

The show also featured a cameo from Ackerman’s 16-year-old cat Sparky — whose real name is Sparkles, Ackerman said — who could be heard meowing in the background while Ackerman was announcing an upcoming song. Ackerman brought Sparky close to his phone, and “the cat was really loud,” Dahl said. “And then I got calls from cat owners who were saying that their cats couldn’t help but notice his cat.”

The station was finishing its spring pledge drive, and listeners began calling to sign their dogs and cats up for pet memberships. KDNK reached its goal of $80,000 during the show.

Stewart Vanderwilt, CEO of Colorado Public Radio, told Current that he heard about Dahl playing Ackerman’s playlist while he called in to host. “It struck me as a selfless act of love on his part and my wife and I made a point to listen in,” Vanderwilt wrote in an email.

In an email to station colleagues, Vanderwilt said the show was “remarkable.” He and his wife sat on their porch “looking to the mountains and listening to Art Ackerman and Gavin Dahl create a sense of community by keeping radio live,” he wrote.

Ackerman said he still wanted to do his show from home “because I want to play my kind of music. I don’t want somebody else to screw it up.”

“I want to stay active as long as I can,” Ackerman said. Hosting the show “keeps me going,” he said. “It keeps me busy.”