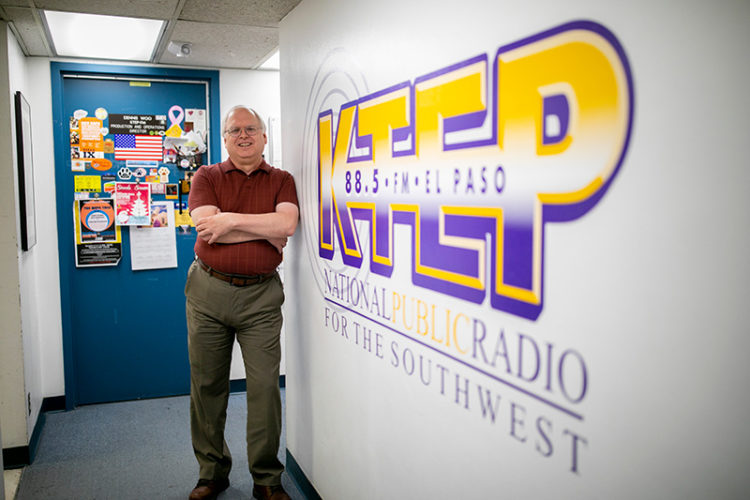 Pat Piotrowski retired at the end of last year as GM of KTEP-FM, a position he had held for 20 years.

Piotrowski joined the station, which is licensed to the University of Texas at El Paso, in 1983. A self-described introvert, he said he will miss his colleagues.

“The right staff makes a station come to life,” Piotrowski said in a university announcement about his retirement. “They create the magic. It’s not the equipment. It’s the people.”

Maria Rubio, the station’s business manager, praised the former GM for his management style, calling him “easy going” and trusting of the people he worked with.

“We’re a family; sometimes a dysfunctional family, but a family,” she said. Most of the KTEP’s staff has worked at the station for two decades or more, according to Rubio.

John Carrillo, director of development and a lecturer at the University of Texas at El Paso, is interim GM. A graduate of the university, he was a DJ at two El Paso rock stations and the Anthony Independent School District.

He has also worked for NPR, winning a Peabody Award as project engineer for the national series Making Music with Wynton Marsalis, according to the El Paso Times.

Piotrowski is credited with growing the station’s listenership during his tenure. KTEP attracts about 57,000 listeners per week, compared to 42,000 in 2014. It drew its largest audience ever last year, according to Nielsen ratings.

Piotrowski said he and his wife plan to stay in El Paso. He said he plans to spend more time with family, read more books and work on his photography.