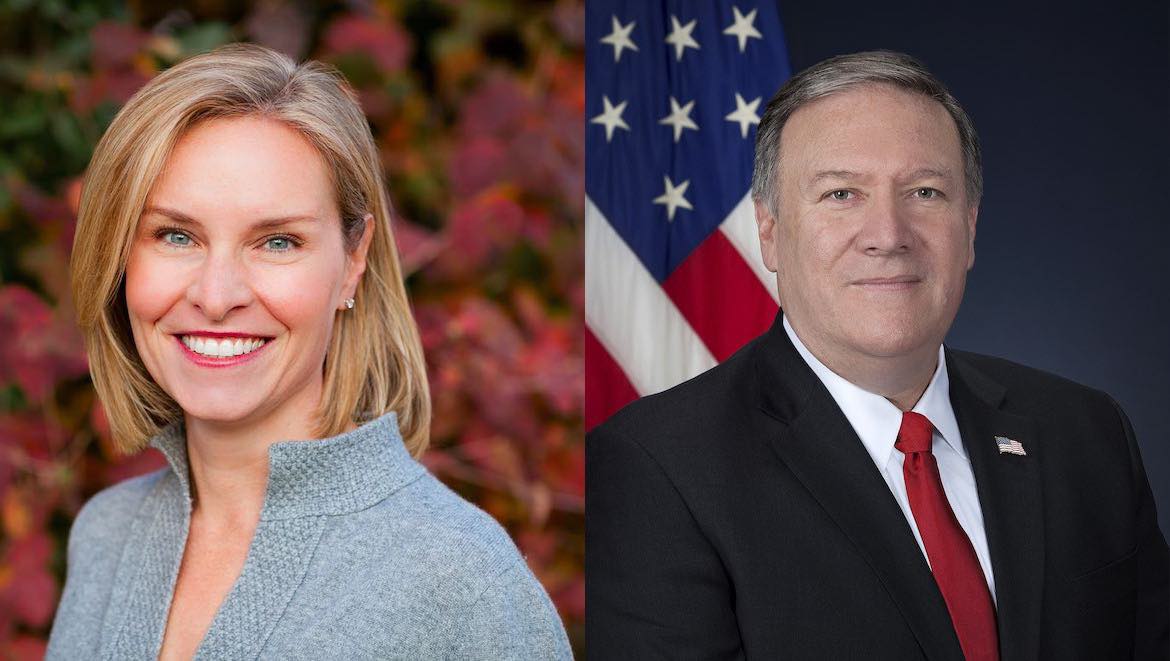 The response on social media was swift and strong following the tense interview Friday between All Things Considered host Mary Louise Kelly and Secretary of State Mike Pompeo.

“Good time to support your local NPR station,” Tapper tweeted to his 2.3 million followers. “I just donated to WAMU 88.5 — how about you?”

Sagal also tweeted a similar sentiment, encouraging his followers to donate in particular to NPR stations with smaller budgets in rural communities.

Even late-night host Seth Meyers waded into the conversation on his Tuesday show.

Did the momentum to support public radio prompt an uptick in giving?

In short, yes. A number of NPR member stations across the country reported increases in gifts from new members and credit it to Kelly’s interview.

Kelly reporter that after her exchange with Pompeo, during which she questioned him about Ukraine, the Secretary of State called her into his private office. He berated her for her questioning and challenging her to find the Eastern European country on an unmarked map.

Later, in a scathing statement, Pompeo called a Kelly a “liar” and the American media “unhinged.”

While the incident spurred Pompeo to criticize the media, public radio listeners had a different response.

WAMU, the NPR station in Washington D.C., reported receiving three to four times more donations from new members than the station would normally receive during a non-pledge period. “As of Monday morning, 60% of the donations we received over the weekend have been from new members,” spokeswoman Julia Slattery said by email.

“We believe we’ve received over 100 donations in response,” said Jodi Gersh, VP of marketing and engagement.

The spate of new donations appeared to be part of a larger trend of increased giving to NPR stations across the country, said Melanie Coulson, executive director of member station services for Greater Public, the public media fundraising collaborative.

“We are hearing from a number of members that they have seen an uptick in gifts since Friday,” Coulson said by email. “Some markets are getting a much stronger response than others.”

Coulson noted that several stations were drawing on Kelly’s interview in making fundraising appeals. KUOW in Seattle, for instance, sent out a fundraising email centered on the events. And KQED in San Francisco tweeted to encourage donations.

At KPBS in San Diego, where I work, we also saw a bump in donations. Many donors left messages praising Kelly’s interview as an example of good journalism. Our membership team reported 35 additional pledge gifts since Saturday that they directly tied to the Pompeo interview.

Among the messages we received:

“I am making this additional donation (I’m a sustaining member) in the name of Mary Louise Kelly and all of the other journalists who are doing the hard work of reporting on the state of our democracy.”

“In honor of Mary Louise Kelly and all journalists who ask the tough questions!”

By Thursday afternoon, NPR emailed member stations talking points for promoting fundraising around the Kelly interview. In emails to newsletter subscribers, the network also asked listeners to donate to their NPR stations and quoted Kelly’s New York Times op-ed about her interview with Pompeo.

As my supervisor, KPBS Director of Communications Heather Milne Barger, pointed out, moments like Kelly’s interview allow public radio to highlight what it does best: honest reporting.

“I believe that now more than ever public media is the voice of transparent, unbiased, trusted news people can rely on,” she said. “And we need to continue to support our journalists in their work to seek the truth.”

Laura McVicker is the social media strategist for KPBS in San Diego.