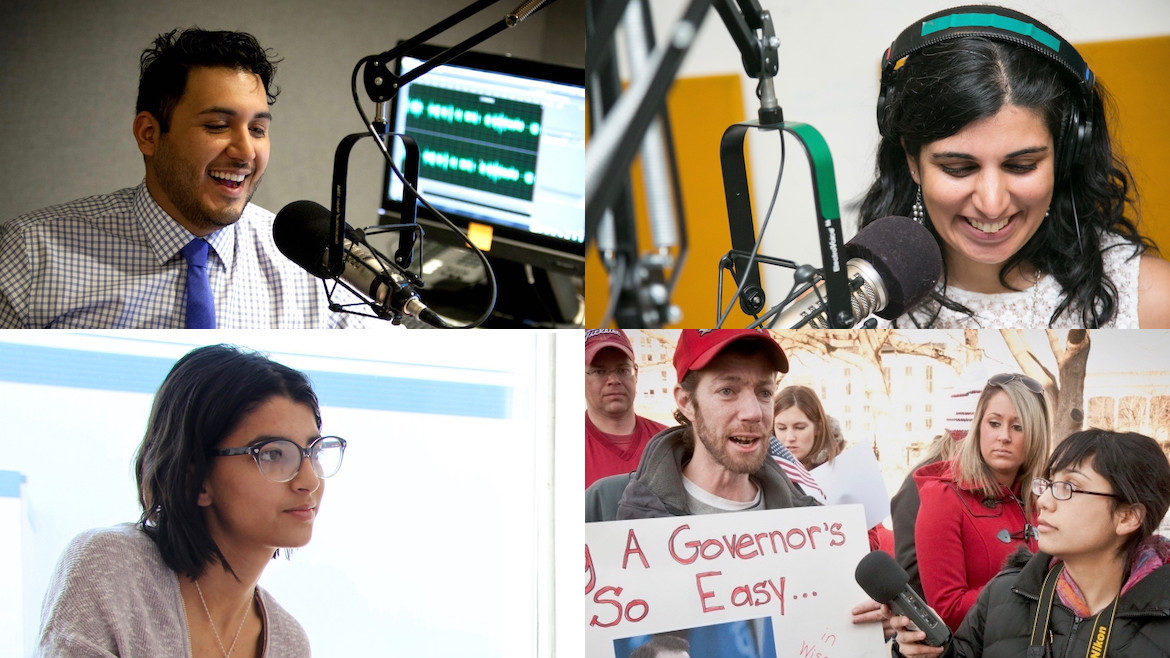 When Phoebe Wang entered the audio industry, she could count the number of Asian audio producers on one hand. When she asked hiring managers why that was, they answered that not enough people of color applied and when they did, they weren’t qualified.

Wang, a multidisciplinary artist, called that response nonsensical. She criticized such excuses in a speech during the awards ceremony of last year’s Third Coast International Audio Festival.

“What I hear when people say we tried our best, what I really hear is: ‘We chose to spend our time and our money on something that we decided was more important than hiring a person of color,’” Wang said.

At first just a Google spreadsheet shared via email, it’s now a live online directory, free to be explored at one’s leisure. Listing over 800 profiles, it allows users to define searches with criteria such as city and job type.

Its creators intend it to be a resource that hiring managers can use to reach out to POC instead of waiting for POC to apply.

“It requires a real intentional reaching out to people and inviting people into the applicant pool, as opposed to just sitting back and assuming that the people that you want to be working with are going to see your job posting and apply to the job,” said Wang.

Adizah Eghan, one of POC in Audio’s co-founders and a podcast producer based in New York, sees the directory as an opportunity for newsrooms to expand their networks in several ways.

“I think when you hire people of color, they continue to hire and see other people of color,” she said. “And that’s where you start to have variation in socioeconomic background in schools, in the backgrounds of where people came from and where they are.”

The resource becomes available at a crucial time in public media, with stations reflecting on how their newsrooms cover underrepresented communities. Many stations are looking to diversify their audiences and are tracking source diversity to accurately reflect the communities they report on.

San Francisco’s KQED is one such station.

“I think the intentions behind the POCinaudio database are awesome and overdue,” said Vinnee Tong, managing editor of news at KQED in San Francisco. “As someone who works in the industry, I feel lucky to be doing this work, and I think we have an opportunity in front of us. I feel pretty strongly that we should marshal everything we can to move in the direction we want to go in.”

Tong said KQED intends to use the directory as one of many tools as it seeks to increase coverage of diverse communities in the Bay Area. The station recently formed an internal group for discussions about race, class and gender and how they relate to KQED’s coverage.

“One of the reasons that we are starting a working group is to ensure that we have an inclusive culture,” said Tong. “Ideally, in my mind, what happens is that people get to show up in the newsroom in a way that is fully representative of all their experiences that they bring and that it naturally translates into coverage in a way that reflects all the new audiences we’re trying to reach in the Bay Area.”

The POC in Audio team seeks to inspire these kinds of conversations throughout public media. The website says that not everyone in the database is necessarily looking for a job, as the site is also a place where people of color can find each other.

“There really [is] strength in numbers, and I think when more people of color can support each other and find each other and collaborate with each other, then a lot of good can come out of that,” said Wang.

Digital groups for people of color in journalism-adjacent industries are not a new idea. Administrators of the Journalists of Color Slack won a Community Award in the Online News Association’s 2019 Online Journalism Awards for their efforts in forming a support network for people of color.

The founders of POC in Audio haven’t finished their work. As they wrap up their second month of POC in Audio being live, they’re thinking about what happens once people of color are hired and enter the field.

“I would hate for a bunch of people to be hired and then a bunch of people to leave because they did not feel like they were being taken seriously or being listened to,” said Eghan. “I want to see [workplace] behavior change. I think that’s the next big conversation that needs to happen.”