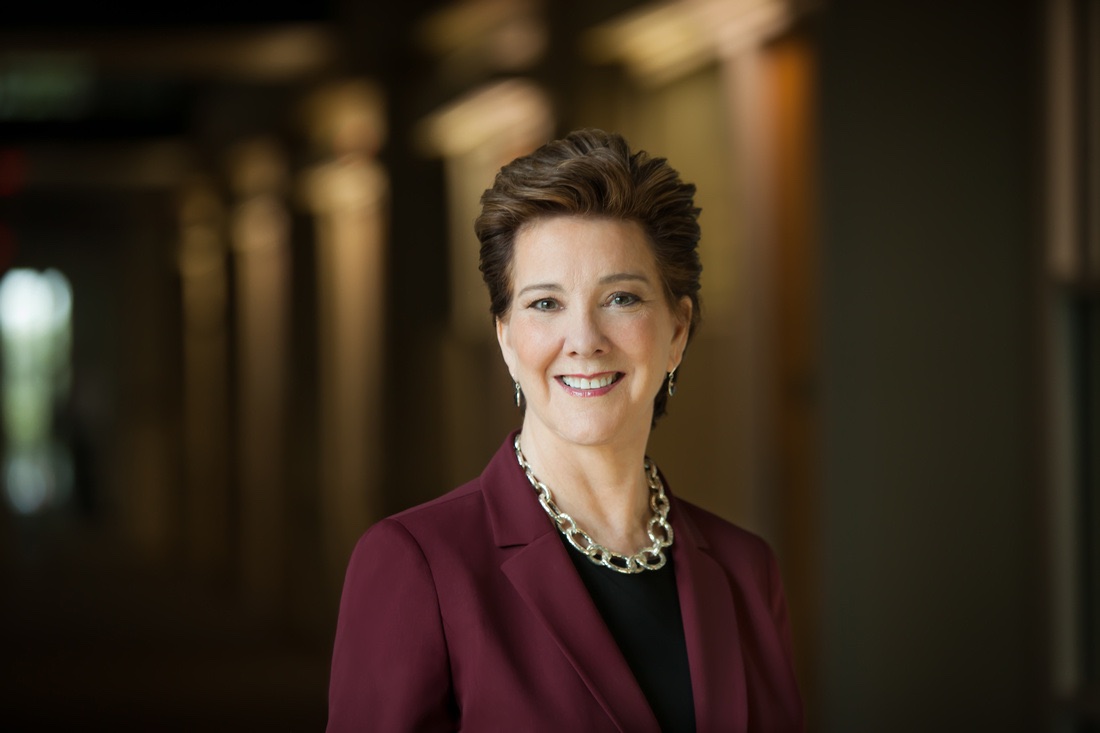 Mary Anne Alhadeff’s career path in public media resembles the life of a military veteran who has moved from base to base. Over the past 40 years, she went from KCTA (now TPT/Twin Cities PBS) to KCTS (now Cascade Public Media) to New Hampshire PBS to Prairie Public to Maine Public, and then, finally, to KERA in Dallas, where she has been president and CEO for nearly 15 years.

Not bad for someone whose first position in public broadcasting was “secretary/production assistant,” a job title likely not on the resumes of male CEOs in public media.

Under Alhadeff’s leadership, KERA experienced transformative growth in audience, revenue and impact on the local community. She oversaw the creation of KERA’s daily talk program Think with Krys Boyd, which now airs on dozens of stations. She launched Art&Seek, an arts and culture reporting unit. And she made the call to acquire 91.7 KXT, now among the country’s leading Triple A public radio stations.

Alhadeff is leaving public media this year with her retirement from KERA. We asked her to reflect on her career for our latest Exit Interview.

I was in college, working part-time as a bank teller. A film school moved across the street from the bank, and they became my customers. I began taking filmmaking classes and had a screening of one of my films at the Minneapolis Institute of Arts.

Some producers from TPT (KTCA at that time) saw my film and approached me about doing a project together. The project fell through, but we all got to know each other, and several months later I was offered a fabulous entry-level position as a “secretary/production assistant” in the cultural affairs specials unit. That was the beginning of my career as a television producer 40 years ago!

What do you wish you knew or understood before becoming a public media executive?

The description for my first CEO job included a requirement for “the physical stamina to accomplish the position.” I pretty much shrugged that off until I got the job and realized what it takes to balance the demands of running an organization with the community engagement and donor activities that often take place in the evening and on weekends. I quickly got a treadmill in my house.

What do you consider your most important accomplishment at KERA?

Six years ago, I led a strategic planning process with senior staff and the board of directors. Many times I’ve seen a plan become a doorstop, but this plan has been extraordinarily successful for KERA. The leadership team had the discipline to focus on only four critically important goals, with the result that all the staff and board knew the goals very well. It was a five-year plan, and by the end we had doubled the size of the newsroom, launched a wonderfully creative rebranding campaign and built a remarkable board of directors. The plan also called for a robust major donor program, and I’m proud that we have more than doubled major giving revenue since 2012.

What was the hardest thing you tried to do and perhaps failed at? What did you learn from that experience?

I had a bona fide failure with a technology initiative that just never came together. It was a major project, and we had invested significant funds and a tremendous amount of staff and management time. Finally, after losing a lot of sleep I came to the decision that we had to completely change course. Fortunately, our financial situation was very positive, and we were able to absorb the investment we had made. After reevaluating the project with our Board and Senior Managers, we realized that the original process was far too siloed. As we changed course, I convened a more inclusive cross-departmental task force to see the project through to its completion. It was a tremendous learning experience for our entire organization, and the results turned out better than we originally anticipated.

Several years ago I was producing a symphony program, and I had always prided myself on my attention to every detail. The taping was on a Sunday afternoon, and we had a full orchestra, a production truck, a large technical crew and a capacity audience filling all the seats in the opera house. However, the previous night we had “sprung ahead,” and the conductor had failed to change his clocks! I raced in my car to bring him to the concert hall … and never again taped a program on the day we changed from standard to daylight time.

After 40 years in public media, I’m sorry to say that I am still concerned about the number of women in leadership positions. I’m a big fan of Public Media Women in Leadership and applaud the work that Deanna Mackey is doing in this regard. Here at KERA, our senior team of seven includes six women, and our department heads group has roughly twice the number of women as men. This didn’t happen because we launched an initiative to increase the number of women in leadership positions; we have just had a mindset that “screened in” women for every kind of leadership role. I think it’s important for us to cultivate a positive work environment led by women and men who are committed to helping each person on their team thrive.

Do you think the public media system needs restructuring?

I believe our system is strong. Rather than restructuring, I think there are more opportunities to collaborate with our peers at the regional and national level. I’m very enthusiastic about projects like the NPR/station hubs that fully utilize the talents of national organizations and local stations. The opportunity for KERA to take the lead in creating “The Texas Newsroom” has provided rewarding opportunities to expand the reach of our reporting and provided invaluable local expertise for NPR. It’s a collaboration beneficial to all, most importantly for the people we are here to serve.

What #1 piece of advice or key message do you have for people entering the public media field today?

This is the opportunity of a lifetime! Take full advantage of the incredible brainpower in our industry by meeting everyone you can and connecting the dots between the services we provide. Don’t be afraid to engage colleagues and peers who have more experience, and find a mentor to help you navigate challenges and opportunities along the way. There is unlimited learning offered to us in this field, and you will make lifelong connections with extraordinary people.

Since my first day on the job, I have always regarded public media as a lifelong liberal arts education for audiences and employees alike. Every person in every community across the country can learn about the widest possible array of subjects from science, the arts and history to current events, geography and global affairs. For those of us who have the privilege to work in public media, our work opens our world to experiences we would never have had otherwise. I always anticipated that at the end of my career in public media, I would have a feeling of a “life well spent.” That’s exactly how I feel today.