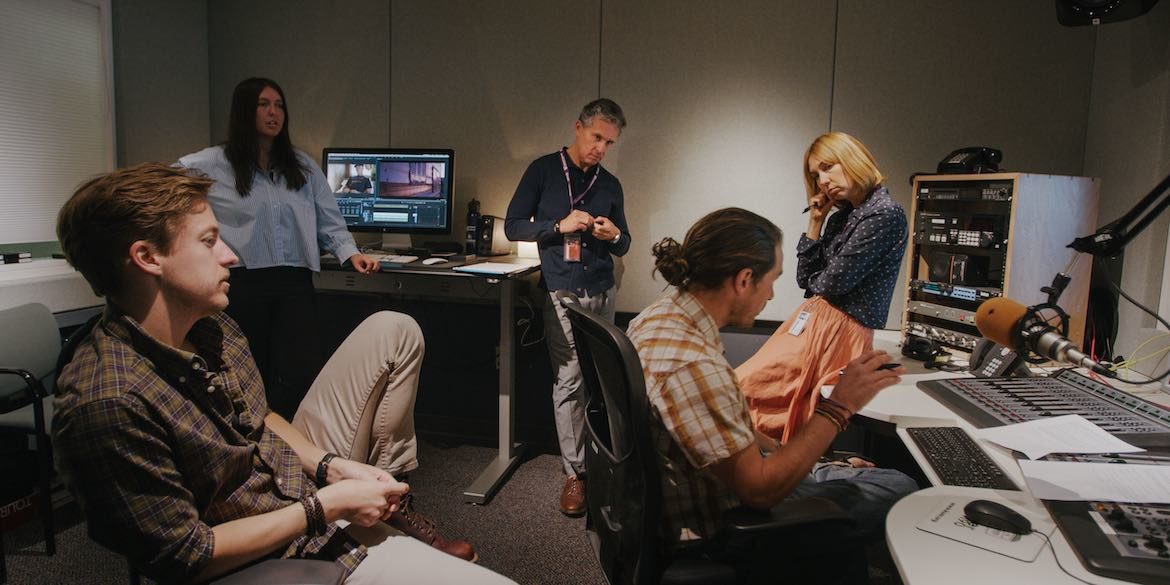 Management and staff at KUER in Salt Lake City are optimistic that a revamp of the station’s news program RadioWest will breathe new life into the long-running midday show.

The show has been on hiatus since May, allowing time for longtime host Doug Fabrizio to reconsider its approach to covering issues of local and national concern. The new RadioWest largely sticks with its format of in-depth interviews, but its new production style draws inspiration from popular long-form podcasts such as The Daily and Revisionist History.

KUER has also cut the program’s weekly airtime from four hours to two, allowing for more preparation behind the scenes. The demands of producing four hourlong episodes a week had prompted Fabrizio to reconsider the show’s future. He felt he was often not prepared enough to make every interview as compelling as possible.

“I think that it’s a good idea to, every once in a while, stop what you’re doing and really analyze what you’re doing,” Fabrizio told Current. “You get caught up in the daily deadline and don’t stop to think. Things change. Styles change.”

One of KUER’s flagship news programs, RadioWest premiered in 2001. Fabrizio said his initial aim was to create a program that “dug deep into the particulars” of a local or national issue for each hour.

The show’s workload had become unmanageable in part due to a 2017 timeslot change from 11 a.m. to 9 a.m., Fabrizio said. The change came after Diane Rehm retired, and KUER staff believed RadioWest would benefit from a Morning Edition lead-in.

But the earlier time made preparation and booking guests more difficult. The show began recording most interviews before airing, and Fabrizio missed the spontaneity of live radio. At the same time, daily deadlines allowed too little time to make the prerecorded interviews stand out with production and narrative techniques.

“In terms of the way we had structured preparation time, it really threw us off,” Fabrizio said of the timeslot change. “We weren’t able to figure out a system that seemed sustainable.” The show also suffered a slight drop in ratings after changing times, he said.

In April, Fabrizio and his bosses started discussing how to improve the show. When Fabrizio asked KUER GM Maria O’Mara to temporarily end RadioWest, the prospect of the popular program being off the air was “terrifying,” she said. But she understood that the show’s demands had become too much for Fabrizio and that scaling back production could result in better shows.

“Doug is a very wonderful part of our station,” O’Mara said. “You need to keep people like him challenged and engaged.”

By May, everyone agreed that an indefinite break would give Fabrizio a chance to figure out what needed to change. During the hiatus, KUER aired BBC OS at RadioWest’s time. Fabrizio spent the summer getting feedback from listeners and taking notes on old RadioWest episodes.

“We had to ask ourselves, ‘What’s the thing we’re good at?” he said. “And the thing we’re probably best at is being prepared for a real deep dive and a conversation that goes beyond the surface. We wanted to stay with what we were doing, to some degree, but try to make it more consistent.”

As one part of this effort, RadioWest is developing a more rigorous editorial structure. Fabrizio said he wants himself and his staff “more discriminating” when deciding which topics and guests to focus on. KUER created a RadioWest executive producer position and hired Cristy Meiners, a veteran of NPR and Deseret News. She’ll work alongside producers Benjamin Bombard and Tim Slover, who do groundwork on each episode, and will be in charge of bigger-picture tasks, like getting timelines and deadlines in order. RadioWest also expects to hire another producer within the next several months.

The new positions will also allow RadioWest staff more time to travel around the state for original reporting and special projects, O’Mara said, including short documentary films and live events. That means that although the show is producing fewer hours per week, it’s using more resources.

“They are trading the demands of a daily show for the exploration and experimentation that you can do with a weekly show,” O’Mara said.

RadioWest now airs Fridays at 11 a.m. On Fridays, KUER is moving 1A from its usual 10 a.m. slot to a 9 a.m. start, preempting BBC OS, and will not air The Takeaway to make room for RadioWest.

With the new format, the show’s first hour is a live interview on an issue affecting Salt Lake City or Utah. The first hour of Friday’s episode, for example, focused on a debate over Utah’s stringent requirements for sex education.

The second hour will be prerecorded, focus on a national or international topic and include more narrative flair. It will reair Fridays at 7 p.m. and Sundays at 11 a.m.

“I like the live stuff, I liked being present and nimble, and I didn’t want to back away from that,” Fabrizio said. “But I also thought one of the values of the show was the deeper conversations about the bigger ideas, so we just figured we’d try to do both.”

Listeners will notice that the second hour of the new RadioWest is sprinkled with more audio narrative techniques. “One of the things I missed while doing a daily show was creating a more produced narrative,” Fabrizio said. “New episodes will now have more writing and more production values right at the top of the show.”

For example, Fabrizio opened last week’s second half by teasing the hour’s interview with journalist Jeff Sharlet about The Family, a secretive Christian organization. The intro was cut with dramatic scenes from a Netflix documentary on The Family.

Such techniques make RadioWest more compelling and help it live up to its mission, Fabrizio said.

KUER will track RadioWest’s audience and solicit feedback from listeners to determine whether the new format is succeeding.