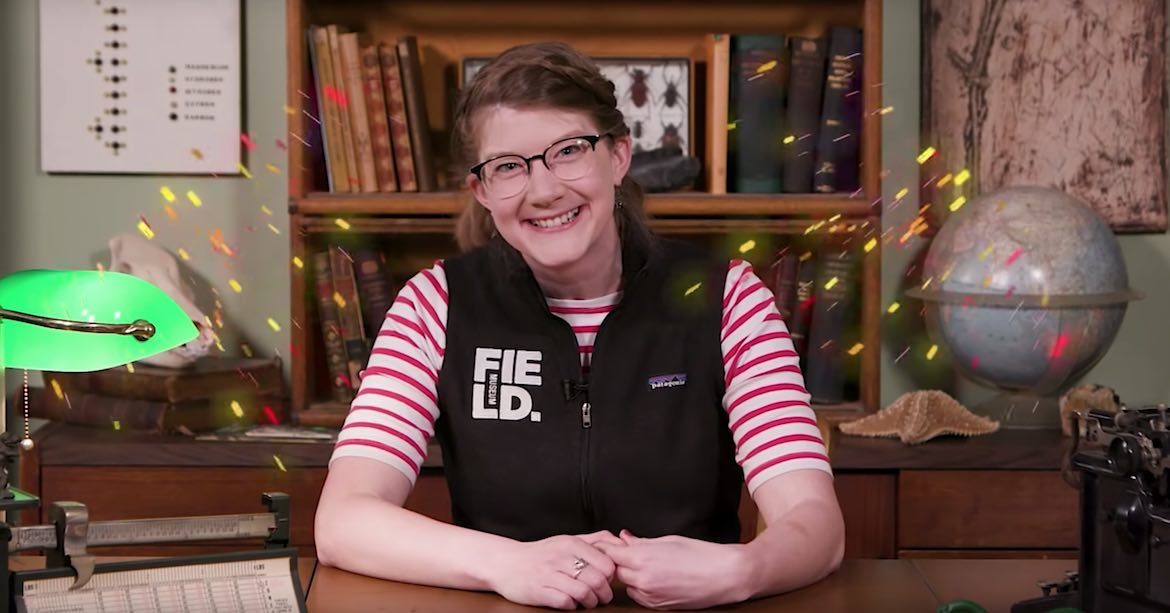 Graslie in a YouTube video announcing her new PBS show.

YouTube personality Emily Graslie and actor Rita Moreno will be featured in two productions debuting on public TV next year.

Graslie, known to her YouTube fans as the chief curiosity correspondent for the Field Museum of Chicago, will take viewers on a time-traveling expedition through four Northern Plains states, examining fossils of prehistoric plants and animals to discover what the landscape would have looked like millions and billions of years ago. Graslie is host, writer and EP of the series, which is produced by WTTW in Chicago for debut next summer, according to an announcement from the station and PBS.

The series is being filmed in 4K resolution using drone technology and dynamic illustration graphics to bring the world of North American dinosaurs, ancient fishes, mammoths and early mammals to life.

“I am thrilled that I get to share my love of nature, history, paleontology and — in general — really old dead stuff with the PBS audience,” Graslie said.

Moreno, a multifaceted performer who has won every major award in the performing arts, is participating in the production of “Rita Moreno: The Girl Who Decided to Go For It” (working title). Directed by Mariem Pérez Riera, the biography explores the life and career of the first Latina actor to receive an Academy Award — for her role as Anita in West Side Story — and how she overcame racism and sexism in Hollywood on her path to stardom.

Moreno’s television roles include The Electric Company on PBS; she also performed on Broadway and in numerous feature films. Most recently, she starred in a Netflix remake of One Day at a Time.

Norman Lear and Lin-Manuel Miranda are executive producers of the biography and participate as interviewees in the film, according to a news release from American Masters.

“Her life, talent and career is a masterclass in the American dream,” Miranda said in the release. “It is about time that she takes her rightful place amongst her peers on American Masters.”

“How I wish my Puerto Rican mother were alive to see this: her child’s story being told by the likes of American Masters,” Moreno said in the release. “It’s not something she or I could ever have imagined. I’m astonished. I’m humbled.”

PBS and producers of three series announced air dates for miniseries and new seasons in the works for next year: