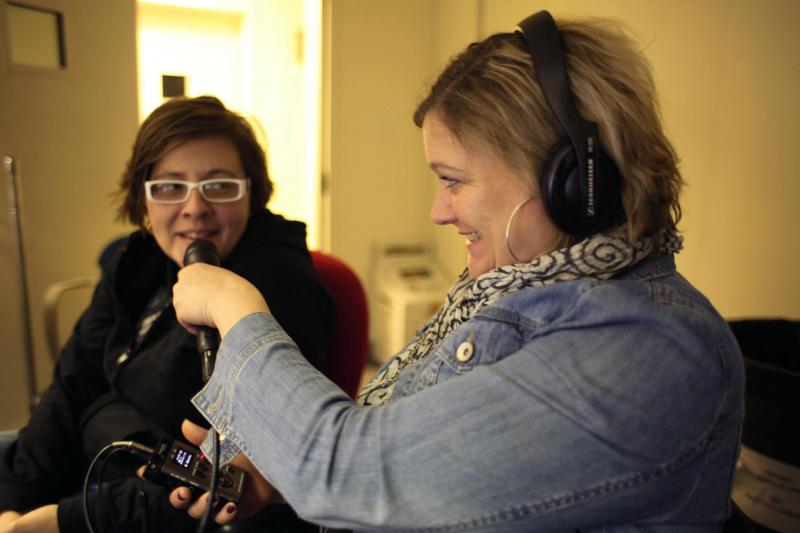 Prairie Public Broadcasting, North Dakota’s statewide public media network, stands at a crossroads of an uncertain future. Prairie Public’s leaders are trying to develop new strategies for creating local content in an environment where revenues are barely keeping up with rising operating costs.

Most small stations and state networks in the public broadcasting system share this dilemma. Their revenues are flat, shrinking or barely growing. This is occurring at a time when the financial divide between large and small public stations and networks is the widest it’s ever been.

According to Mark Fuerst, director of Public Media Futures Forums, the 20 largest public radio stations accounted for two-thirds of revenue growth in the public media system from 2016 to 2017. “From the beginning of the recession to 2017, the average station in that ‘top 20’ largest-station group was growing by more than a million dollars a year,” Fuerst says.

By contrast, many small, often rural stations are “treading water,” Fuerst says. “They are growing, but they are not growing fast enough to hire new staff, either for content or development,” he says.

The problem is as much creative as financial — how to introduce new voices and create local programs that viewers and listeners recognize as important and enriching to their communities.

I began collaborating with Prairie Public Broadcasting in 2005 as a producer of grant-funded radio and multimedia projects. Since then I have watched the toll taken on Prairie Public’s budget by cuts in subsidies from the state legislature and two state universities. In 2017, Bill Thomas, Prairie Public’s director of radio, was forced to reduce his operating budget by 10 percent. “We’re struggling to keep from shrinking,” Thomas says.

Yet tight finances and budget cuts have also motivated Prairie Public’s managers to rethink how to make the best use of their resources to lead the network forward. Providing more original local content is at the heart of what Prairie Public aims to do.

“We could lay off all the staff and run national programs all the time,” Thomas says. “We wouldn’t have to pay anyone but engineers and fundraisers. But that’s not interesting to us. Audience research shows that mix of local, national and international is what’s most interesting.”

As much as digital technology has accelerated the decline of local newsgathering, it has also opened up opportunities to reach new audiences and talent. But, how best to do this? That was the question Bill Thomas and I began discussing last fall.

We started by speaking with public media leaders who have developed new talent and ideas by building robust digital/podcast divisions, for example, or launching incubators or competitions.  Our search ultimately led us to Community Voices, a training program at WYSO in Yellow Springs, Ohio. The variety of broadcast and digital stories and series created by program participants impressed us.

Community Voices is the brainchild of Neenah Ellis, a longtime NPR producer who became WYSO’s GM in 2009. Ellis created Community Voices to teach audio and storytelling skills to people who live in WYSO’s service area in southwestern Ohio. Most participants come into the program with no experience in journalism, audio production or writing.

Ellis also designed Community Voices to address the pressing financial crisis that she inherited as WYSO’s GM. When she signed on, the station had been running up deficits and was hemorrhaging members who either felt alienated or angry over program cuts. “We were in a desperate situation,” Ellis says. “We were foundering — the station was in the red every year.” Ellis knew WYSO needed to move in a different direction — one that would help it reconnect with the community and “recreate those bonds, which is the heart of what a public station is,” she says.

The genesis for Community Voices occurred in 2010 when the StoryCorps mobile tour came to Yellow Springs and handed over to WYSO the 25 interviews recorded by local residents. Ellis set up a program to teach editing skills to community volunteers who turned the long-form StoryCorps interviews into feature-length stories. “That was a light bulb moment for me — to realize that community members can do this,” Ellis says. “I went to journalism school, but I realized that community members could be storytellers and editors.”

The StoryCorps experience, coupled with a small grant from a local utility, helped pave the way for the launch of Community Voices in 2011. Trainees meet every Saturday for six months to learn interviewing, writing and editing skills as well as journalism ethics. Each trainee receives support and coaching through the process of producing a feature story. Many of their finished pieces are incorporated into the station’s programs and podcasts.

“This has helped us diversify our on-air presence — getting stories from communities that we don’t easily get on the air,” Ellis says. “Community Voices has helped us represent our community in a much broader way.” To date, hundreds of people of all ages have gone through the program, and some have passed on their skills to others.

Teaching students how to interview their peers has been especially effective, Ellis says. “When you have people with a shared experience interviewing each other, you can go to a very deep place pretty quickly because there’s trust and some common knowledge,” she says. These peer-to-peer projects include women in prison, veterans and people in recovery.

Most importantly from a financial standpoint, Community Voices has helped generate substantial revenue for WYSO. Since Community Voices began in 2011, membership and underwriting revenues at WYSO have grown by 36 percent, Ellis says. Community Voices alone has garnered a total of $300,000 in grants. Tuition payments for the program bring in $20,000 annually.

The station recently raised $3.5 million in local dollars to purchase its license from Antioch College and establish itself as an independent public radio station serving southwestern Ohio. Ellis says this enormous vote of local financial support would not have been possible without Community Voices. “Community Voices is not just a project, but a way of thinking at WYSO,” Ellis says. “It permeates everything we do.  It informs our on-air and digital presence. It drives both community engagement and fundraising.”

Following WYSO’s lead, Prairie Public’s Thomas is applying for grants for the station to seed the startup of Community Voices training programs in Fargo and Bismarck. The funds would cover the costs of hiring instructors, purchasing recording equipment, building digital infrastructure and paying for scholarships. Prairie Public also plans to hold one-day workshops at venues in smaller cities across the state.

In an environment of financial uncertainty, community training offers a hopeful and compelling way forward for Prairie Public and other stations looking for new ways to grow.

Meg Luther Lindholm is an independent producer based in Fargo, N.D., and a former producer of The Brian Lehrer Show at WNYC in New York City. In addition to her work with Prairie Public Broadcasting, she teaches audio documentary production for Duke University’s Center for Documentary Studies and has produced stories for NPR. You can contact her at meglutherlindholm@gmail.com.