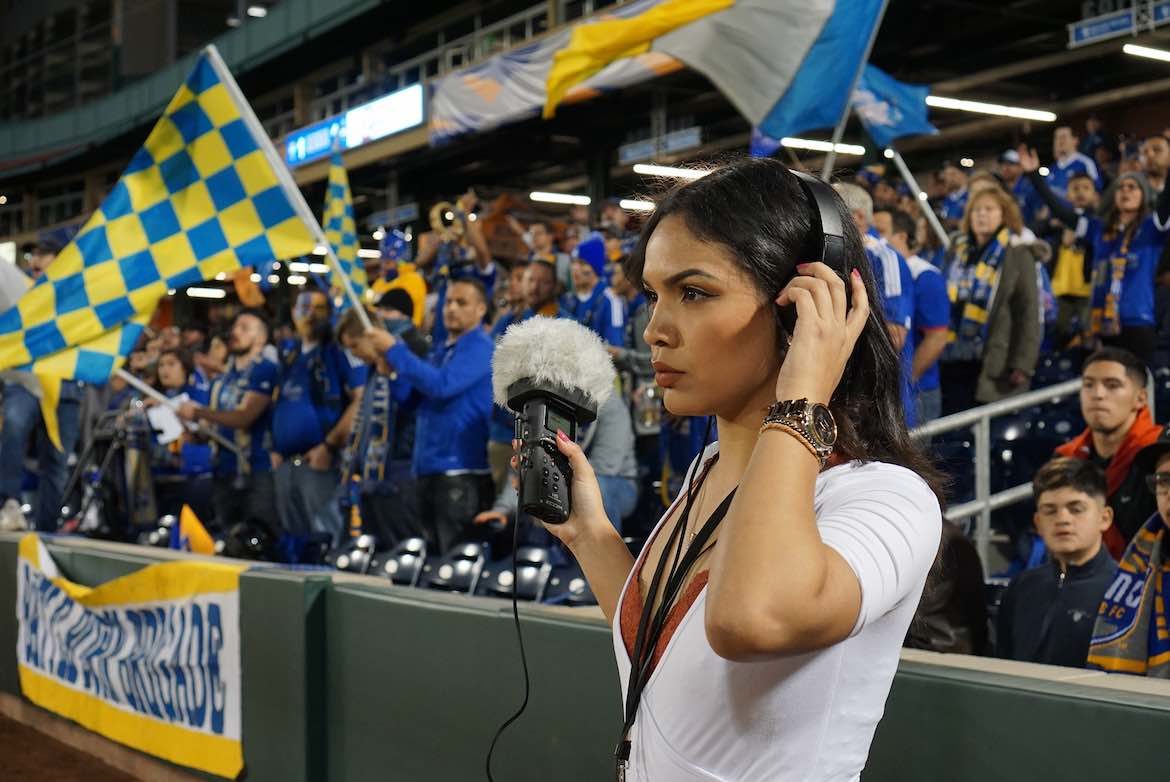 A Nevada NPR station is aiming to strengthen its ties with an underserved community by taking the unusual approach of publishing local news in Spanish.

Scrolling through the latest local news stories on the website of Reno’s KUNR, readers will notice the occasional headline in Spanish among the English-language posts. Its site navigation also includes an “En Español” tab.

Like most other public radio stations, KUNR once offered news only in English. But the contrast between its largely white audience and Reno’s racially diverse population spurred KUNR to start experimenting with multilingual news in early 2017. Hispanics made up 24.6 percent of Reno’s population in July 2017, according to U.S. Census data, whereas only about 5 percent of KUNR’s weekly audience is Latino.

“That’s a problem,” KUNR News Director Michelle Billman said at the Online News Association conference in Austin, Texas, in September, where she spoke on a panel about multilingual news coverage. “It means we’re not connecting with a large portion of the community or sharing their stories.”

KUNR’s effort to reach Latino readers is reflected not just in the language of its reporting, but the focus. The Spanish-language coverage has dealt with topics such as a Reno resident who “self-deported” to follow his father back to Mexico, and local Latino entrepreneurs threatened by the uncertain future of the Deferred Action for Childhood Arrivals program.

The station hired a bilingual reporter in August and employs one or two part-time student interns from its licensee, the University of Nevada, Reno, to provide reporting. It has funded the interns’ wages through its own budget and with support from UNR’s Reynolds School of Journalism, two ONA grants and a UNR internship grant program.

“Making sure this is a paid position is very important to us,” Billman told Current. “Many college students can’t afford to take unpaid internships, which I believe is an issue that disproportionately affects minority students. We wanted everyone to have the opportunity to apply.”

KUNR got started with its bilingual reporting with assistance from another UNR news website, Noticiero Móvil, which delivers digital Spanish-language news produced by students.

Noticiero Móvil editor Vanessa Vancour launched the site in 2015 to address Reno’s lack of substantive news for Latino audiences. “When you look at the media landscape for this particular community … Latinx people are underrepresented,” Vancour told Current. “There’s not much Spanish-language news here. … For the community, there are very few options to get local news.”

Billman connected with Vancour shortly after becoming KUNR’s news director, when she was seeking advice about finding funds for a bilingual intern.

Vancour “has spent the last few years building really helpful relationships” in Reno’s Latino community, Billman said. “Being able to partner with her and her multilingual outlet has helped connect us with movers and shakers in the Latino community and be aware of what’s going on.”

During regular office hours at KUNR, Vancour reviews the Spanish-language reports and assists with translation. The coverage is published on KUNR’s website, mostly in text only due to the additional time required to create Spanish-language audio versions of stories. KUNR recently began airing broadcast spots promoting its bilingual coverage.

Billman and Vancour are experimenting with ways to get more Spanish on KUNR news broadcasts. For the story about local entrepreneurs and DACA, Vancour said, she was “insistent” that sound bites in Spanish played out a little longer before the English translation began. “That felt to me like a huge victory,” she said.

Billman and Vancour have also had to determine when a concept that may be unfamiliar to non-Hispanic listeners requires additional explaining. When a reporter was working on a story about Reno’s industry supporting quinceañeras, Billman said she didn’t know the meaning of “padrino,” or godparent. They agreed to explain it within the story.

Though these reports are a start, they appear irregularly and far less often than KUNR’s English-language coverage. The station is trying to balance its desire to expand multilingual news against the amount of labor involved. It tries to keep student interns as long as possible, Billman said: “Training a student to do this in just one semester and not retain them would be really challenging.” Billman also wants to solicit contributions from bilingual high-school students who participate in KUNR’s youth radio trainings.

“It takes years to build relationships and trust, especially given the political climate and what’s happening with immigration.” — Michelle Billman, KUNR news director

The station’s full-time bilingual reporter, Stephanie Serrano, was the first student to report its Spanish-language news. Her 2017 story about Reno’s first soccer team, which appeared on KUNR’s site in both Spanish and English, won the station a national Murrow Award last year for best sports reporting among small-market radio stations. Though Serrano was a student when she reported the piece, she won in the professional category.

That win was encouraging, but Billman and Vancour know that much work remains to reach a local audience that may not be familiar with KUNR.

“It’s a grassroots effort — getting to know people, making phone calls and not always doing things in service to an individual story,” Billman said. “… It takes years to build relationships and trust, especially given the political climate and what’s happening with immigration.”

She and Vancour have seen promising signs. The entrepreneurs who expressed concerns about DACA had never talked with KUNR reporters before the station did the story. After the article was posted, they shared it among their social networks.

An English-language version of one of its bilingual reports will air soon on The California Report, a syndicated weekly show produced at KQED in San Francisco. And Vancour and Billman have also considered expanding the reach of the reporting by sharing it with a commercial Spanish-language radio station.

“We’re really viewing it as a very long-term project,” Billman said. “It’s going to take years before Spanish speakers in our community actually know that KUNR is creating content for them, and for us to connect with them and build up that content to what we want.”