Colorado Public Radio is creating an investigative unit with help from an anonymous donor’s $300,000 gift. 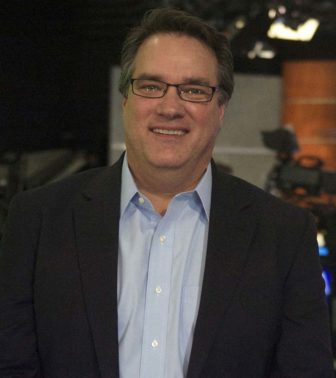 Staffing up an investigative unit is the latest step toward the network’s ambitions to become a leading news source for Colorado — a goal CPR has been moving toward for a while, said Dale. He joined CPR in 2017 from a senior editing role at the Denver Post. “I’m used to running big newsrooms,” he said.

Dale hopes the new investigative team will tackle lengthy stories as well as “quick-strike investigations,” which might include digging up data on the implications of a new regulation on a relatively short timeframe. Topics could include issues around Colorado mines, air and water quality, or new Environmental Protection Agency regulations. The team will be expected to work across both broadcast and digital platforms, but Dale said he would be open to hiring “specialists” in one medium.

CPR is also hiring a reporter to be based in Washington, D.C. Since August, it has filled six  additional editorial positions, including new regional reporters located in Colorado Springs and Grand Junction. Over the past six years, CPR’s editorial staff has more than doubled in size from 16 to 35 positions, according to the network. Dale said the newsroom would like to hire another 25 to 30 journalists to meet its ambitions.

CPR’s hiring spree comes as Denver Post owner Alden Global Capital has cut a third of the newspaper’s staff in the past year, including its own D.C. correspondent. But Dale downplayed a connection between the Post’s downsizing and CPR’s expansion.

“The Post still does a lot of great coverage,” he said, noting that the paper’s newsroom remains the biggest in the state. “But it is far smaller than when I was there.”

Dale still views the Post, and every other Colorado media outlet, as competition, he said. But he’s also open to collaborating with other news organizations.

CPR’s news team is also working on an expanding slate of podcasts. Its youth-skewing politics podcast, Purplish, ran as a limited series during the midterm elections. Producing the weekly show “took a big toll on our newsroom” but was “very successful,” Dale said. A Project Catapult grant from PRX is supporting a new podcast about legalized marijuana in the state.