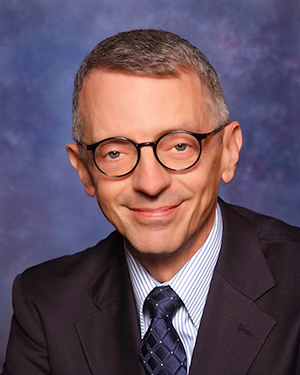 The GM of Milwaukee PBS made a case on Capitol Hill Tuesday for public television stations to take the lead in educating consumers about channel changes following the spectrum repack.

Bohdan Zachary told the House Subcommittee on Communications and Technology that public broadcasters “face the challenge of ensuring that our viewers aren’t lost in a cloud of confusion about where they can find us in the new world of widespread channel reassignment.”

According to America’s Public Television Stations, 149 public TV stations nationwide, or 42 percent, must shift channels due to the spectrum repack.

Zachary testified during a hearing on implementation of RAY BAUM’s Act, which includes $50 million for consumer education on channel reassignments. Also appearing before the panel were Curtis LeGeyt, EVP of government relations for the National Association of Broadcasters; Tim Donovan, senior VP for legislative affairs with Competitive Carriers Association; and Jeff Cohen, chief counsel for the Association of Public Safety Communication Officials International.

“Our experience in Milwaukee has proven that such an investment is essential and that a successful repack cannot be achieved without extensive, locally focused, consumer education,” Zachary said. (Read Zachary’s full testimony.)

“… [W]e are the ones with the best facilities for getting this message out. … I think we can really make a difference in education for consumers.” — Bohdan Zachary, GM, Milwaukee PBS

“From the first day Milwaukee PBS mapped out its repack plan, our intention was to be live on Jan. 8 with … staff seated at our pledge phone banks taking viewers’ calls to assist with the community’s questions about rescanning and how to find our station,” Zachary said.

The station produced “Plan to Scan” broadcast spots and posted information to social media starting in October 2017. Milwaukee PBS agreed to partner on the effort with local commercial stations, which weren’t equipped to handle a deluge of incoming calls.

Over Jan. 8 and 9, the public station handled 589 calls, some lasting as long as an hour while viewers rescanned their sets and asked about antenna options, Zachary said.

“A new wave of calls” came in May from “snowbirds” returning home, he said.

Zachary said the project “was an extensive consumer education effort, and frankly, one that not all stations in our market were prepared to undertake in the same manner we were.”

He told the panel that all public television stations “can play a critical role in coordinating the consumer education efforts for their entire markets, both public and commercial, just as Milwaukee PBS did, because our stations have extensive membership outreach facilities and operations already in place and in use every day.”

Zachary added that Milwaukee PBS used auction proceeds to finance “Plan to Scan.” However, “many other public television stations do not have such resources to deploy, yet they have the same urgent need to educate their viewers and donors about their new position on the dial.”

Following the testimonies, Rep. Mike Doyle (D-Pa.) said he was “disappointed” that the FCC still had not started a comprehensive consumer education program, which was authorized by Congress. “As Mr. Zachary says, consumers are in desperate need for information on how this impacts them,” Doyle said.

Rep. Jerry McNerney (D-Calif.) said he is “concerned other cities won’t be prepared. What steps is the FCC taking to educate people?”

“I’m not sure what the FCC is doing,” Zachary said. But because public TV stations interact frequently with viewers, “we are the ones with the best facilities for getting this message out. We are equipped with phone banks. I think we can really make a difference in education for consumers.”

Following the hearing, APTS President Pat Butler issued a statement that urged the FCC “to invest the $50 million for consumer education in a comprehensive plan that includes significant funding for local stations’ participation in this critical initiative.”

“As public television stations know all too well from the digital television transition a decade ago, viewers need highly detailed information and customized service to adjust to a major channel realignment,” Butler said.