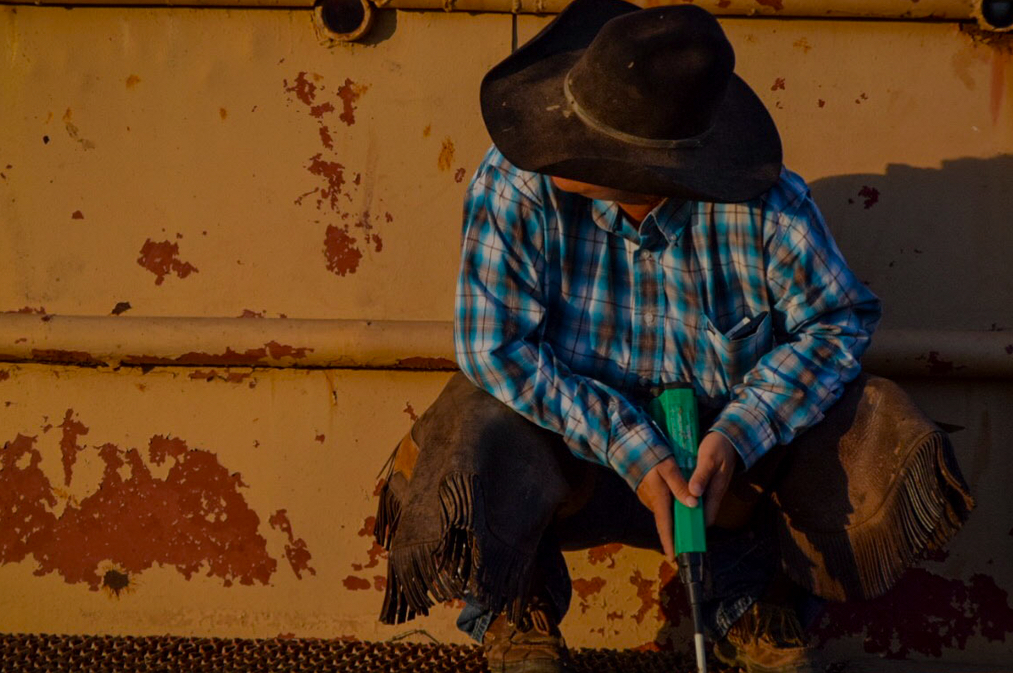 A scene from "Mosaic, Oklahoma," a series at the center of one of the disputes between OETA and the OETA Foundation.

Disagreements between the Oklahoma public television network and its nonprofit fundraising arm over the parameters of their relationship have escalated into a bitter legal dispute.

A petition filed Dec. 6 with the District Court of Oklahoma County reveals acrimonious conflicts over a range of issues that are essential to effective operations of a statewide public broadcasting network — from content production to on-air fundraising and management of the pubcaster’s Community Service Grants.

The petition also reveals animosity between Polly Anderson, executive director of the Oklahoma Educational Television Authority since last year, and Daphne Dowdy, president of the OETA Foundation since 2014.

The foundation is asking for a declaratory judgment to define its relationship with OETA, based in Oklahoma City. The state established the foundation in 1983 as a charitable auxiliary to its public TV network.

In its petition, the foundation alleges that OETA is attempting to “obtain complete and unfettered control” over the foundation’s assets through a proposed memorandum of understanding.

The two organizations have been discussing the MOU for more than a year, OETA Board Chair Garrett King said in a statement included in court documents.

The foundation objects to several aspects of what it calls “the Control Agreement,” including that OETA can sever its decades-long relationship with 30 days written notice.

The petition also complains that OETA:

The foundation also contends that OETA was negligent in hiring Anderson as executive director last year. The organization used documents released through an open records request to show that in 2015 Anderson was placed on administrative leave from her previous job as executive director of WUCF in Orlando, Fla., following “allegations of misconduct.”

In response to questions from Current, OETA Chair Garrett King emailed a statement that said in part that Anderson has the “full support” of the station board.

The statement also said OETA has “put forth a sincere, good faith effort” with the foundation “to build a modernized operating framework that is consistent with federal and Oklahoma law.”

The foundation, King said, “has rebuffed all attempts” to negotiate a new MOU and instead is undertaking “unsanctioned and wasteful activities,” including unapproved content production and distribution.

The organizations “are typically set up to avoid institutional restrictions and bureaucratic rules about fundraising and taking on projects,” Sanchez said. The groups are “usually able to function in a more nimble manner than the licensee of the stations they are helping,” he said.

However, for the relationships to be successful, the roles and responsibilities of both parties need to be carefully defined, Sanchez said.

Conflicts can arise when the licensee “seeks total control” of the fundraising organization, or when the friends group “does not want to respect the legal rights of the licensee,” he said.

“When things go wrong,” Sanchez said, “the licensee can feel that the friends group has gone rogue.”

“When things go wrong, the licensee can feel that the friends group has gone rogue.” — Attorney Ernie Sanchez

In the case of OETA and its foundation, the two were closely tied. Over the years, the foundation has raised $67.5 million for OETA. And OETA designated the foundation as an alternate payee for its CSG payments for fiscal 2018. “A few of our CSG recipients designate their foundations as alternate payees to receive and disburse CSG funds and other funds they raise,” said CPB spokesperson Letitia King.

But state network leaders felt that a new MOU was “urgently needed” to replace a 1992 agreement, which “no longer provides OETA the … institutional control necessary” to fulfill station obligations, Garrett King said in a statement released in May, after the board passed a resolution expressing support for the MOU.

The MOU endorsed by the station board provides “an articulation of OETA’s views regarding stewardship and utilization of private gifts and sponsorships made for OETA’s benefit,” King’s statement said.

The agreement proposes to classify the foundation “as a component unit of OETA,” and restrict its use of OETA service marks or logos, which could be revoked “at any time at OETA’s sole and absolute discretion.”

Sanchez, who has reviewed many similar agreements, said the proposed MOU seeks “acknowledgement that the foundation has no right to take independent action.”

That “belies the whole notion” of the foundation being “a separate, independent organization,” Sanchez said. 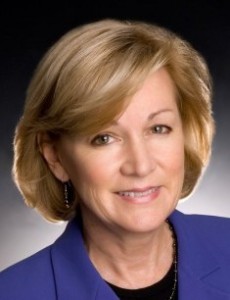 Squaring off at the center of the dispute are two experienced public broadcasters: Anderson, whose career included CEO posts at New Mexico PBS and KWBU in Waco, Texas; and Dowdy, former GM of Basin PBS in Midland, Texas, and VP of membership and marketing at WPBT2 in Miami.

Foundation counsel Jerry Zimmerman said in a letter to OETA counsel Jeri Holmes that documents in the legal case “illustrated a theme of personality conflicts.”

“We are working with highly skilled and mature individuals,” Zimmerman wrote in the letter, included in the court filing. “Each of them has the capacity to improve and be flexible.” And each has the same goal in mind, for “OETA and the foundation to thrive.”

The issue “is fixable,” Zimmerman wrote. “All it takes is each individual to simply commit and try to do better.”

But the ongoing controversy has already affected fundraising efforts. Two major supporters of the foundation object to provisions in the new MOU that would give the public TV network greater control over the foundation. One donor pulled support to the foundation in July, according to the petition. 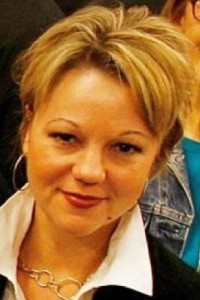 That “very substantial donor,” whose name is redacted, told Dowdy in an email: “[W]e have NO INTEREST in contributing to the foundation if its independence is usurped by what is an instrumentality of the state.”

The Kirkpatrick Foundation, a longtime funder that directs its support for OETA through the foundation, “only funds nonprofit organizations and does not make gifts to government entities,” wrote Executive Director Louisa McCune in a letter to the leaders of the foundation and station boards. “To shoe-horn the OETA Foundation under the supervision of OETA eliminates the 501(c)(3) independence of the OETA Foundation, thereby making it a quasi-nonprofit, raising money in the guise of a nonprofit, but in actuality as an arm of a state agency.”

The filing redacts details about the Kirkpatrick Foundation’s financial support for OETA. But its 2016 annual report, the latest available, shows a $50,000 programming grant to the OETA Foundation.

In its petition, the OETA Foundation asserts that it “has a legal interest to protect its assets,” which are “being impaired by OETA.”

One major disagreement centers on whether OETA is sufficiently accountable for funds distributed through the foundation, including the network’s federal CSG funds. State network leaders believe the foundation’s demands for budget oversight exceed its authority, according to documents included in the petition.

In July, after the foundation board of trustees approved a subsidy of nearly $3.7 million for the network this fiscal year, Dowdy pressed Anderson for a full accounting of how the funds were to be spent, including federal moneys that aren’t donor-restricted.

An OETA request for $575,414, submitted in August, triggered a flurry of emails from top managers and board officials, without the financial reporting that the foundation demanded, according to the petition. When the foundation cut a check for $1.2 million in CSG and additional funds in November, OETA refused to cash it, the petition states.

Both Anderson and King objected to the foundation’s push for greater financial oversight, according to documents included with the petition.

“There is absolutely nothing in our current Memo of Understanding that specifies anything about the Authority providing budget detail,” Anderson wrote in a Sept. 17 email. “We are not required to provide any additional information other than the dollar amount requested.”

“It is impossible for OETA to do anything here but conclude that OETAF will indeed permit OETA to “suffer from a lack of financial support from the Foundation … ,” King wrote.

The sibling organizations are also fighting over control of program decisions. The foundation independently produced Mosaic, Oklahoma and unveiled the cultural program in February with a screening at a local theatre. The show’s website describes the ongoing series as exploring “the people, places, history, art and culture that make up the unique state that is Oklahoma.”

OETA “asserted to the foundation” that it was “wasting funds” in producing the program “for potential broadcast,” the petition said.

The foundation is “jeopardizing OETA’s ability to carry out its state-mandated mission.” — OETA Board Chair Garrett King

The station even complained to the state attorney general’s Consumer Protection Unit about the production, according to the petition. The foundation said after that review, the unit “closed its file” with “no mandates.” OETA aired the program during March pledge.

The foundation’s petition details frictions over OETA’s decision to air fundraising programs from PBS and other distributors this summer, canceling the annual AugustFest. The customized local effort had previously featured special programs and live events, according to the petition.

The use of national pledge programs was a flop, according to the foundation’s petition, resulting in a 30 percent net decline in dollars raised when compared with the locally based fundraiser in 2017.

Because OETA is airing national pledge programs during its December and March campaigns, the foundation projects an overall loss of $1 million in pledge results.

The foundation also complained about Anderson’s decision to cancel a foundation-funded digital series for children, What’s the Deal?

Anderson said the series did not meet curriculum standards for science, technology, engineering and mathematics instruction — criticism that the foundation disputed.

When Anderson notified the foundation that the series had “ceased production,” she said the title and other components of the series “are copyrighted materials of OETA.” The foundation conducted a copyright search in November that failed to locate that copyright, according to the petition.

The foundation also expressed concerns in the petition with the hiring of Anderson, who joined OETA in fall 2017. King “completely failed to disclose” issues involving Anderson’s departure from WUCF, the petition said.

Anderson’s December 2015 separation agreement from the Orlando station, licensed to the University of Central Florida, included a no-rehire clause.

The foundation also obtained “an unsigned report” from UCF, included in the petition, alleging that Anderson “led a toxic work culture where she disregarded basic levels of respect, dignity and civility.” The report said that “shouting at employees was routine, as was describing them as incompetent both professionally and personally.”

The foundation said in the petition that it provided all the documents pertaining to Anderson’s dismissal to station representatives in June. It added that “to the best of the foundation’s knowledge, no disclosure has ever been made by OETA to the public regarding the prior employment-related issues of Ms. Anderson.”