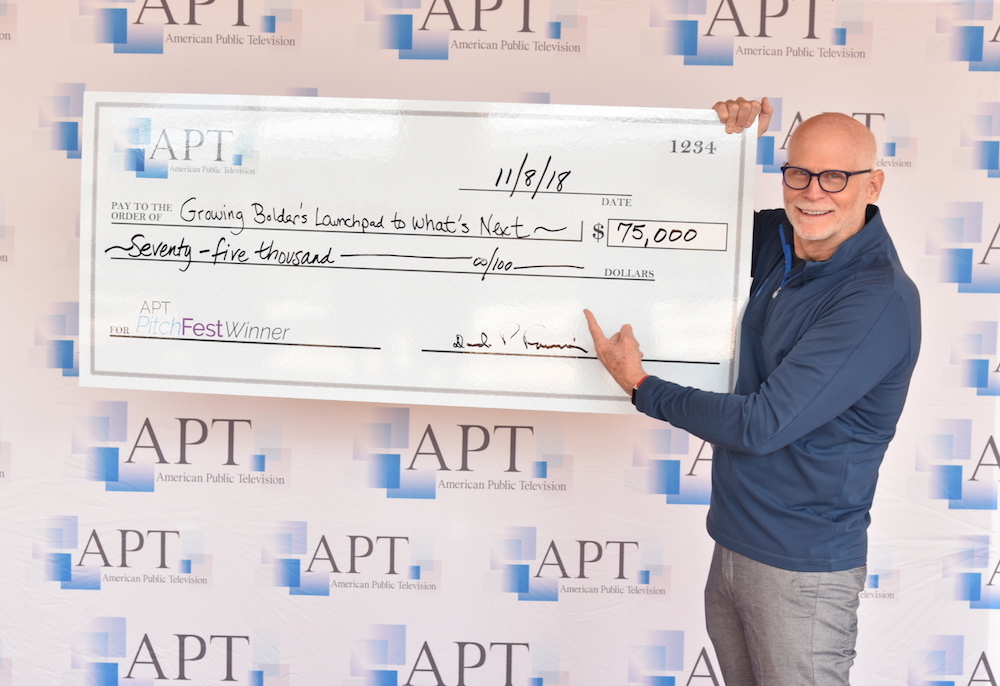 Marc Middleton holds the check for his winning pledge program, “Growing Bolder’s Launchpad to What’s Next.”

Judges chose among four self-improvement titles and one education program. After each finalist gave a 7-minute presentation, the onstage panel selected Growing Bolder’s Launchpad to What’s Next for the grand prize. The show is from the producers of Growing Bolder, a lifestyle series for older adults on the Create multicast channel.

The 90-minute pledge special is built on 16-minute modules targeting viewers in the 50-plus demographic. Experts such as Deepak Chopra will address topics to “answer their concerns and fears and inspire healthy living,” said Bolder Broadcasting founder Marc Middleton during his pitch. Short videos will show individuals incorporating the advice into their lives. The modules can be used separately as digital shorts, he said.

“Essentially, it’s a TED Talk, an information summit and an educational seminar all rolled into one,” Middleton said.

As Middleton accepted a king-size check for $75,000, judge David Rubinsohn, APT director of syndication and pledge programming, said the presentation “hit the sweet spot of the PTV demographic, it’s beautifully produced, and it’s got a lot of potential.”

Another judge complimented the show’s modular approach. “I like being able to replace or update that content, seeing what works for different markets,” said Hilary Finkel Buxton, director of APT Exchange. “It’s a terrific idea.”

The vote totals were so close, she said, the panel decided to award another grant as well. That went to Make the Rest of Your Life the Best of Your Life from WHYY in Philadelphia.

“This teaches how to take ownership of your life so you can excel at whatever you do,” said presenter Suzanne Fiske, WHYY director of on-air development, during her pitch. 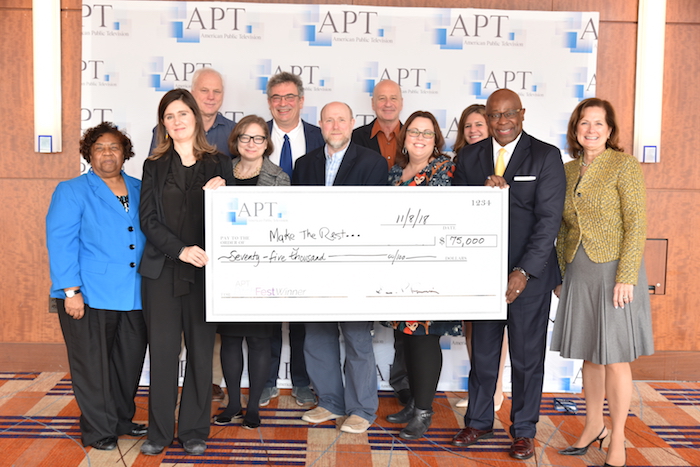 “WHYY also believes it’s important that we have pledge program hosts who reflect the diverse communities that we serve,” Fiske said. The pitch included an appearance by program host Jim Smith Jr., an author and motivational speaker who is African-American.

“And how can you resist that smile and that energy?” Buxton said.