Bill Kelly, former GM of WVIA in Pittston, Pa., died Sunday at home in Pittston. He was 71. 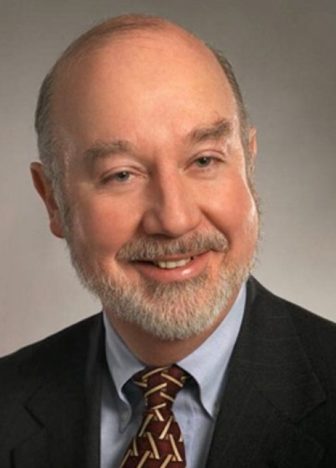 Kelly’s love of radio dated to his first job at age 14, according to a tribute on the station’s website. On his hometown station WTTC in Towanda, Pa., “Bill described everything from Harry James music to horse-pulling contests,” it said.

In the early 1970s, Kelly began volunteering at WVIA. By 1974 he was offered a job as the station’s first community relations director. The first pledge drive he produced the next year brought in over $135,000, some 10 times more than previous efforts, according to the station.

Kelly rose to president in 1991 and held the job until 2014. “During his tenure, he refocused WVIA to become a community minded station and created topical programming of regional importance,” according to the station. Kelly also executive-produced and hosted the political talk show State of Pennsylvania, as well as the Northeast Pennsylvania Business Journal series, which featured interviews with local civic and business leaders.

In 2011, a supporter donated a record company to the station: the historic jazz label Chiaroscuro Records. At the time, Kelly said, “We’re determined to do two things, which are compatible in our minds: make it a profitable business, and also be the mission-driven repository of some of America’s most historical jazz recordings.” The donation has since grown into an online music channel, a jazz conservancy for promising young musicians and a jazz curriculum for educators.

Kelly graduated from Bloomsburg University in Pennsylvania in 1971 with a bachelor’s degree in English. He taught speech and mass communications there from 1981–90.

He is survived by his wife, Susan Prusack; one son and three daughters; three stepchildren; six grandchildren; and two sisters.