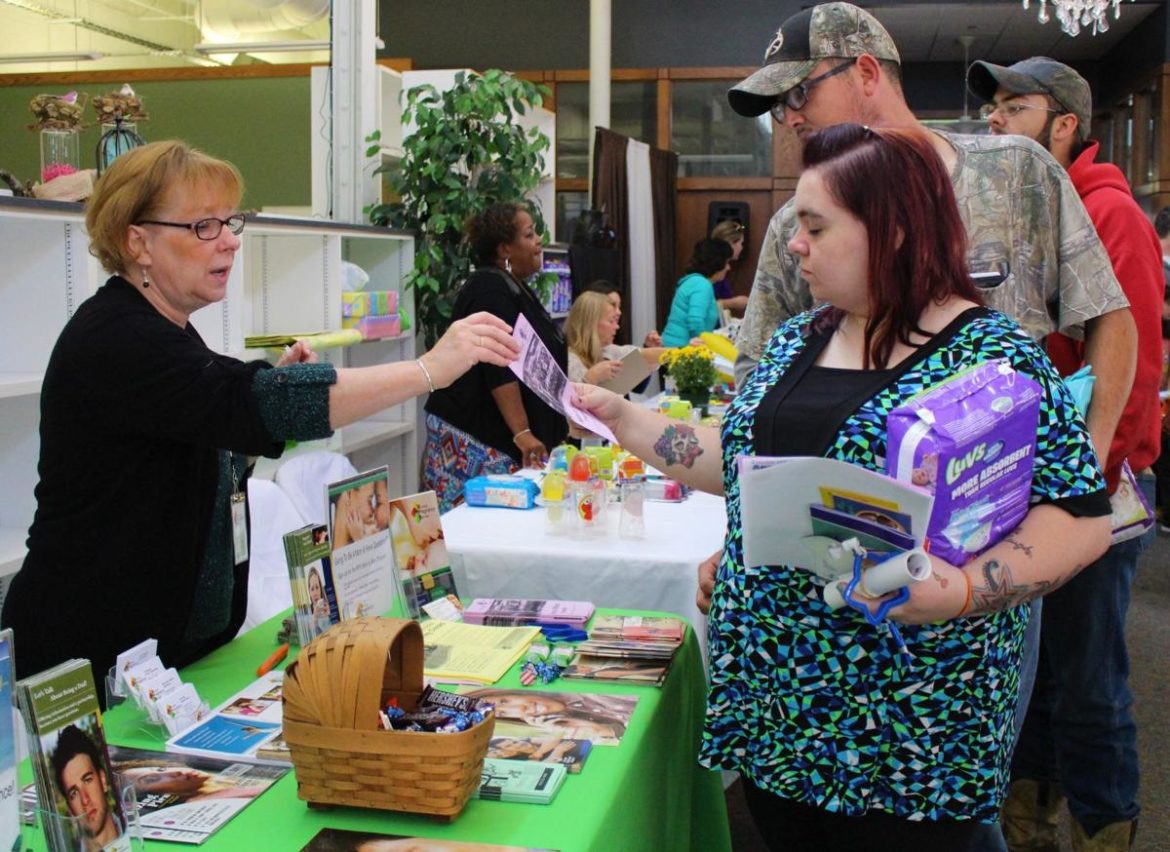 Reporter Brittany Schock spent months working on a three-part series on infant mortality in Richland County, Ohio, only for friends to tell her they avoided reading it.

The Solutions Journalism Network, a nonprofit that advocates for rigorous reporting on responses to social problems, wanted to tap into that disconnect between readers and Schock’s reporting. It approached her with the promise of $10,000 in grant funding to divide between continuing her reporting and developing a community-engagement project.

Continuing the reporting made sense for Schock and her editors at Richland Source, an online news organization serving North Central Ohio. They were already invested in a difficult subject but were wondering how to get people to engage with the issue.

“In typical solutions journalism fashion, we chose to focus on what’s the most positive,” Schock said. That was celebrating healthy babies and moms. Five months of planning would go into Richland Source hosting a baby shower for the community.

The publication held the shower for local families and expectant moms in September 2017 at its offices in Mansfield, Ohio. The event drew 500 people, with a line stretching around the corner before the doors opened.

“It blew us all away,” said Pam Crank, executive director of Richland Pregnancy Services, who participated in the event.

The baby shower is among the projects dozens of media organizations submitted to Current’s Local That Works contest, a collaboration with the Public Media Futures Forums highlighting innovative and replicable content, engagement and revenue strategies at local public media stations and nonprofit news outlets.

In 2016, Richland County had an infant mortality rate of 8.9 deaths for every 1,000 live births, though the Ohio Department of Health says that statistic should be “interpreted with caution” because it is based on a small sample size, according to the Ohio Department of Health. The national infant mortality rate that year was 5.9 deaths per 1,000 live births, according to the Centers for Disease Control and Prevention.

A lack of information and education has hindered Richland County’s response to the problem. Parents aren’t always aware of social services such as transportation to prenatal appointments and support for Medicaid eligibility, said John Dorsey, a social service worker with Richland County Job and Family services who participated in the shower.

Change will come through education and public awareness, Crank said. For example, parents need to learn how to put babies down to sleep in ways that help prevent sudden infant death syndrome. “Just really basic simple things that we may take for granted, but if it doesn’t get filtered down to those who need to know about it, then we haven’t done our jobs,” Crank said.

With support from her editor, Schock organized the event and did much of the legwork, including calling community organizations. She wrote stories previewing the baby shower and explaining why Richland Source was organizing it. She covered community organizations’ support of the shower and made a promotional video that highlighted the shower’s goals. Staffers talked about the shower on a local radio station to drum up support.

Parents could earn free goodies by talking with representatives from community organizations and collecting educational materials. Upon arrival, they received cards for collecting marks as they visited vendors. Ten marks earned a free gift bag filled with donated baby items from the community and items purchased from a local Target.

Door prizes were raffled off throughout the event. Parents could complete an online course to receive a box for babies to sleep in that helps prevent sleep-related deaths.

Richland Source’s editorial staff volunteered at the shower, and a reporter covered it. Written prompts asked mothers about the rewards and challenges of parenthood for a “listening post.” They recorded responses that included advice, fears and anxieties. A journalist took portraits for the multimedia project.

After the event, an online survey captured opinions of attendees and local organizations. A local pediatrician said they received 99 new referrals in one day from the event. A local organization of community health workers contacted multiple new clients, according to Richland Source.

The event couldn’t have happened without an “all-hands-on-deck approach,” Schock said. Collaboration between the editorial and sales teams plus community support made the event a success.

The shower also broke down silos between organizations, whose representatives talked to each other and became aware of each other’s services. It helped that, as a news organization, Richland Source was a neutral party holding the event in a neutral space.

“We don’t have a stake in the game when it comes to health care,” Schock said.

‘We want the community to own it’

Richland Source and other community organizations are planning a second shower for September 2019. They have yet to determine who will take the lead. Schock said it won’t be her. While the first shower couldn’t have happened without broad support, Schock said she wishes she hadn’t taken on so much of the responsibility.

“It’s not that I don’t care about this cause, but I’m not a community health worker,” Schock said. “There’s a reason we didn’t call it the Richland Source Community Baby Shower. We want the community to own it.”

“In typical solutions journalism fashion, we chose to focus on what’s the most positive.” — Brittany Schock, Richland Source

During the planning process, organizations “rightfully had some reservations,” Schock said. Richland Source was doing something new. It’s a news organization, not a community health organization. To assuage their concerns, Schock said, she would return to the mission: All the organizations want to encourage healthy babies and moms.

“I knew that the news outlet would spread the word big and boldly, and they were very successful in doing that,” said Tamara Drayton, relationship specialist with UnitedHealthcare Community Plan of Ohio.

Richland Source launched two new solutions projects this year, one about aging and caretaking, and the other about revitalizing Rust Belt cities. The baby shower’s success and Richland Source’s reputation in the community as an organization that delivers results helped it raise $70,000 in donations from local businesses and organizations for solutions journalism and community engagement events.

Schock advises other news organizations not to fear trying something new and stepping out of journalism’s traditional role. Finding solutions is an important part of Richland Source’s culture.

“We are active participants in our community as opposed to being observers on the sidelines,” Schock said. “I don’t think it’s a bad thing to show your community that you care and you’re willing to work alongside them to make where you live a better place.”