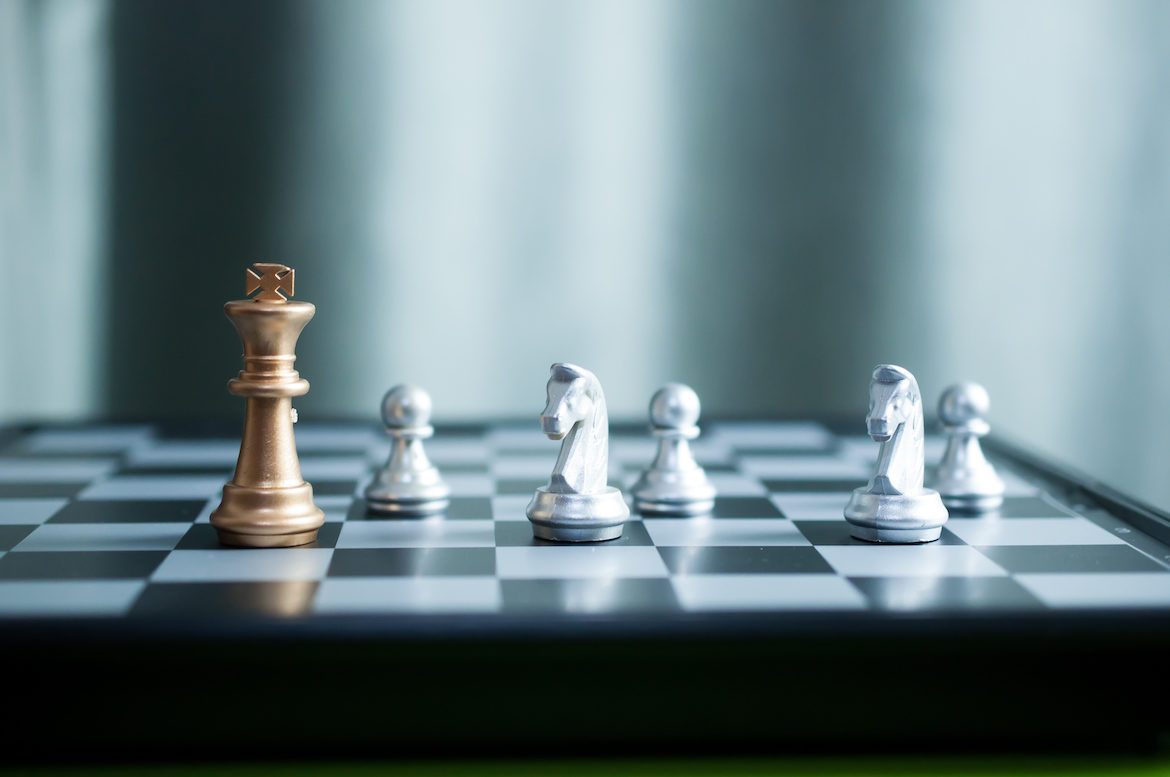 This is a pivotal time for our country, journalism and public radio. We’re in a typhoon of transformation fueled by changing demographics, media habits and business models.

Our country is increasingly divided — politically and socially — and entrenched with decaying trust in institutions that once held us together. Mixed into this swirl is a concerted effort to undermine the credibility of fact-based reporting and a national leader who labels journalists “the enemy of the people.”

Amid the tempest is an extraordinary opportunity for public radio in shaping the future of local and national journalism. The void in local news coverage, most evident in the decline of newspapers, has created an obvious need for public radio stations to step up their newsgathering. It’s time to stop dancing around the commitment this will take and plan for it strategically.

Newspapers were the foundation of journalism. They built large newsrooms and produced the highest-quality reporting. They were the most dependable source of news for many communities, but that is no longer the case. From 2008 to 2017 newspaper publishers cut more than 45 percent of their newsroom staffing, according to the Pew Research Center. It’s time for others to claim responsibility for local journalism. 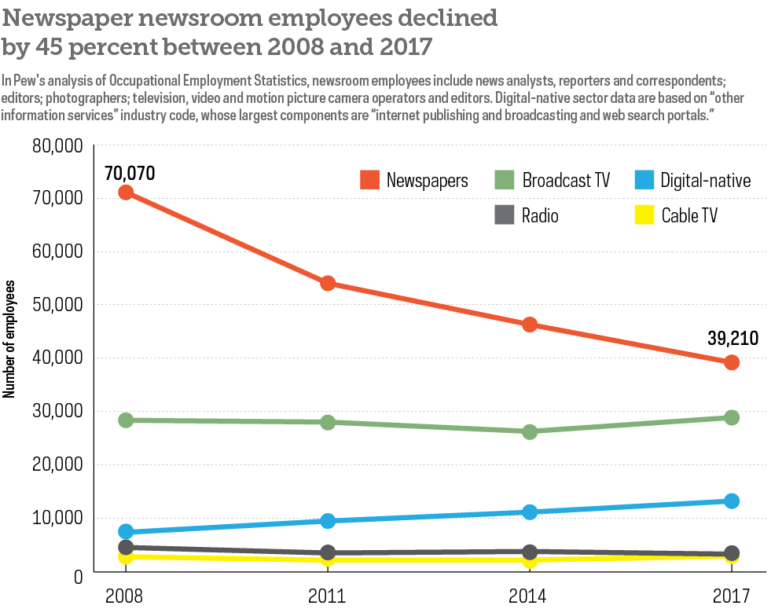 This is where public radio must step up.

There is no medium better positioned than public radio to fulfill this role as a primary source of local news, though we must build on the legacy of newspapers with our own multimedia strengths. We must become more nimble, inclusive and connected. We must pick up the mantle of public service journalism in our communities, especially in small and mid-sized markets where local newspapers are in serious decline.

A recent study from Duke University highlights the need. The New Measures Research Project at Duke examined stories by local news organizations in 100 small and mid-size communities around the U.S. and found very little local coverage is being produced. Less than half (43 percent) of news stories provided by local media were original; only 17 percent were actually about news events within the community

Public radio stations have been expanding their newsrooms. A data analysis by the Station Resource Group found that stations added at least 510 full-time journalists between 2011 and 2016. When data on part-time and contract journalists were added, the total jumped to 668 positions. These numbers are small in comparison to the thousands of jobs lost in the newspaper newsrooms, but they represent significant growth for public radio, especially for journalists working in their communities.

There’s unprecedented momentum and desire to strengthen the public radio system and the journalism we produce. It’s evident in many quarters, perhaps most prominently in planning of the NPR-Station Compact that would create a true national and local news network. But what do these ambitions mean for journalism writ large and democracy as a whole?

Recently, during the Public Radio Program Directors Association conference in Austin, Texas, I participated in conversations about how public radio should become a frontline news provider for local communities. What’s been missing from these conversations is a mandate and clear path to achieve a new vision of journalism and its role in supporting our troubled democracy.

We need a vision that expresses what public radio will do for itself and what it will do for democracy.

Public media often shies away from defining a “Really Big Vision” for the future of our service to the American public. It’s been nearly a decade since the Grow the Audience survey by Station Resource Group, funded by CPB, laid out a blueprint for the future for public radio in a rapidly evolving media landscape. We’re long overdue for another such plan. This is our moment to create that vision, one that connects our stations and newsrooms to a grander ambition of shaping the future of journalism. We need a vision that expresses what public radio will do for itself and what it will do for democracy.

The national-local connection is possibly our greatest strength, and it’s perfectly captured by Bruce Auster, who leads NPR’s Collaborative Journalism Network: “Our local reporting makes national coverage better, and national reporting makes local coverage better. NPR and Member stations must work together to tell the story of the whole country from everywhere in the country.”

The planning process must examine public radio’s role in filling the void left by the decline of newspapers, and assess the opportunities and risks in this evolving environment. All the major organizations in public radio — NPR, PRX, CPB, American Public Media, Public Radio Program Directors Association, Public Radio News Directors Inc. and Greater Public — should be at the table for these discussions.

Here are additional steps to further develop and refine our plan:

I urge NPR’s executive team to work with other system and station leaders to move forward on an all-encompassing vision and strategic plan for the future of public radio as a primary source of local and national news.

CPB will be a key player in planning and pursuit of this big vision. It must become more nimble and responsive in its funding of the initiatives that originate from it.

Leaders of CPB and other public media institutions should examine how federal appropriations are divided between public radio and public television. Instead of allocating 75 percent of federal funds to public TV, reverse the formula so that 75 percent goes to public radio. Why? Because public radio is most capable of filling the local news void. 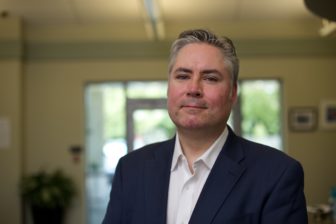 We need to be crystal clear about what it will take for public radio to accomplish this. The goals and priorities we set should drive thinking of public radio’s leadership for the next decade.

Daily newspapers had their era as the engines of local journalism and civil discourse — and what an era it was. Focusing on how we fill the void left by their decline isn’t predatory — it’s preparatory.  Nothing less than the future of our democracy is at stake.

Public radio needs to rise to the challenges of this moment. Let’s create a strategic plan to do it.

Joe Barr is chief content officer at Capital Public Radio in Sacramento, Calif. In addition to overseeing news, music and digital platforms, he leads multiplatform content development, including the fact-checking website PolitiFact California and The View From Here, a local documentary series with a community-engagement focus.