After a year of input from dozens of stakeholders, PBS has adopted a new, more concise set of underwriting rules. 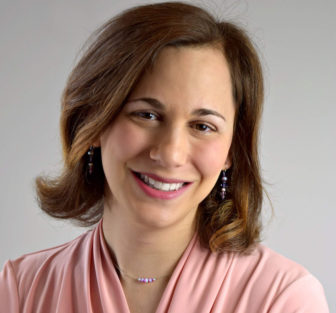 Shifts in sponsorship sales and the need to address differences between on-air and digital underwriting standards prompted the revision. “The core document had not been overhauled in well over a decade,” said Talia Rosen, assistant general counsel and senior director, standards and practices, who shepherded the work.

PBS had tweaked the policy over the years to address specific issues, Rosen said. One update came in 2014, when PBS decided that potential food and beverage underwriters for PBS Kids content had to show that their products contributed to a healthy diet.

Such incremental changes had made the rules “comprehensive but sprawling,” said Suzanne Zellner, corporate sponsorship VP at WGBH in Boston. “They needed some pruning.”

Zellner was one of more than 40 representatives from 16 stations and other stakeholder organizations who advised PBS on the policy update. “They wanted us to poke holes in it so it could be even better,” said Independent Lens EP Lois Vossen, who helped do just that. 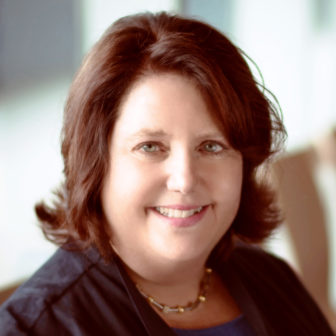 PBS flew participants in for two all-day summits at headquarters in Crystal City, Va. They also met to discuss the rules via teleconferences and webinars and during the Annual Meeting in May in New Orleans.

The panel included various professionals who use the guidelines in their jobs — independent and station-based producers, salespeople and attorneys. Rosen said PBS wanted participants from a variety of disciplines because “people in different roles see this through different lenses.”

“These folks were invaluable in helping to review drafts and surface ideas for issues to address throughout the revision process,” Rosen said.

The review process involved a lot of back-and-forth, Zellner said. “I really appreciated that PBS was seeking various points of view and wanted lots of discussion. We might bring up a point or an idea and they’d reply, but they were always open to us further explaining why we felt so strongly about the point.”

One objective shared by all the stakeholders was to revise the guidelines “so people could actually read them,” Rosen said. Participants wanted to be able to hand the document to a new producer or staffer “so they could understand the rules that make us different from commercial media.”

The old standards and practices document “assumed a fair bit of knowledge among a handful of existing producers,” Rosen said. “Now more producers and staff are coming in, so those unwritten rules need to be written.”

One new, clearly stated rule is an example of this: “PBS does not permit the use of program hosts or characters in any broadcast funding credits.” Previously, that concept widely understood but “never written anywhere,” Rosen said.

That specific rule on hosts’ appearances in underwriting spots doesn’t stop with on-air credits. With a nod to PBS’ flexibility on the digital content, it continues: “On all other platforms, PBS evaluates the use of program hosts and characters in funding credits on a case-by-case basis, accounting for unique platform-specific circumstances and audience expectations.”

In general, Rosen said, “for broadcast we err on the side of caution” to ensure adherence to FCC regulations. “On digital, we can err more on the side of experimental. That’s what audiences expect in that space,” she said.

While the document reflects the shift toward digital platforms by addressing standards for nonbroadcast content throughout, it includes addenda that spell out rules specific to different sponsorship offers, such as credits on digital videos and website banners. “So it’s not entirely platform-agnostic,” Rosen said. “There are separate rules for specific platform distinctions.”

Zellner said she appreciates that the new rules “remove a lot of ambiguity. That was a problem from a selling perspective. The more clarity, the more helpful it is to us.”

One PBS sponsor that uses a mascot in its underwriting spots is ABCmouse.com, an early-learning website.

Take the use of mascot images. The Sponsorship Group for Public Television, part of Zellner’s portfolio, secures underwriting for national programs including PBS Kids. Many of her clients want to use their organization’s mascot, she said. But previous rules didn’t stipulate how to handle those requests.

So Zellner was pleased that the update codifies a rule allowing credits to include “a brief, neutral descriptor of the funder’s product or service, as well as a brief depiction of the funder’s mascot or spokescharacter.”

Vossen said she was impressed that PBS “wanted to make sure that this update is able to withstand the test of time in a rapidly changing environment, but more importantly, hold on to the values of public media.”

The update was approved by the PBS Board in September and went into effect immediately. Rosen said PBS will discuss details of the update over the next six to nine months at public media conferences, through PBS webinars and in system newsletters.