Who knew that popular music and law could pair so nicely? Next month, WNYC Studios’ More Perfect podcast will release an album of 27 original songs, each inspired by an amendment to the Constitution.

Contributing artists include Dolly Parton, Devendra Banhart, They Might Be Giants and Kash Doll. 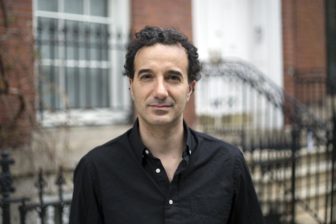 “The mission of this album is to take these sometimes forgotten words and animate them through the power of music,” Jad Abumrad, host and creator of More Perfect and Radiolab, said in a press release. “These 27 amendments not only outline our basic rights as Americans, but they also show a country changing, evolving, reimagining itself. … These songs are a small way to say that these words matter.”

The album’s release Sept. 18 comes at a weighty time for American democracy, with President Trump implicated in breaking campaign-finance law and with midterm elections approaching. It also coincides with a new season of the WNYC Studios podcast, which focuses on the Supreme Court and American democracy. The new episodes serve as “audio liner notes” for the compilation album and will feature actor Jeffrey Wright “narrating each of the 27 amendments,” according to the release.

See the full list of artists and tracks in WNYC’s release.