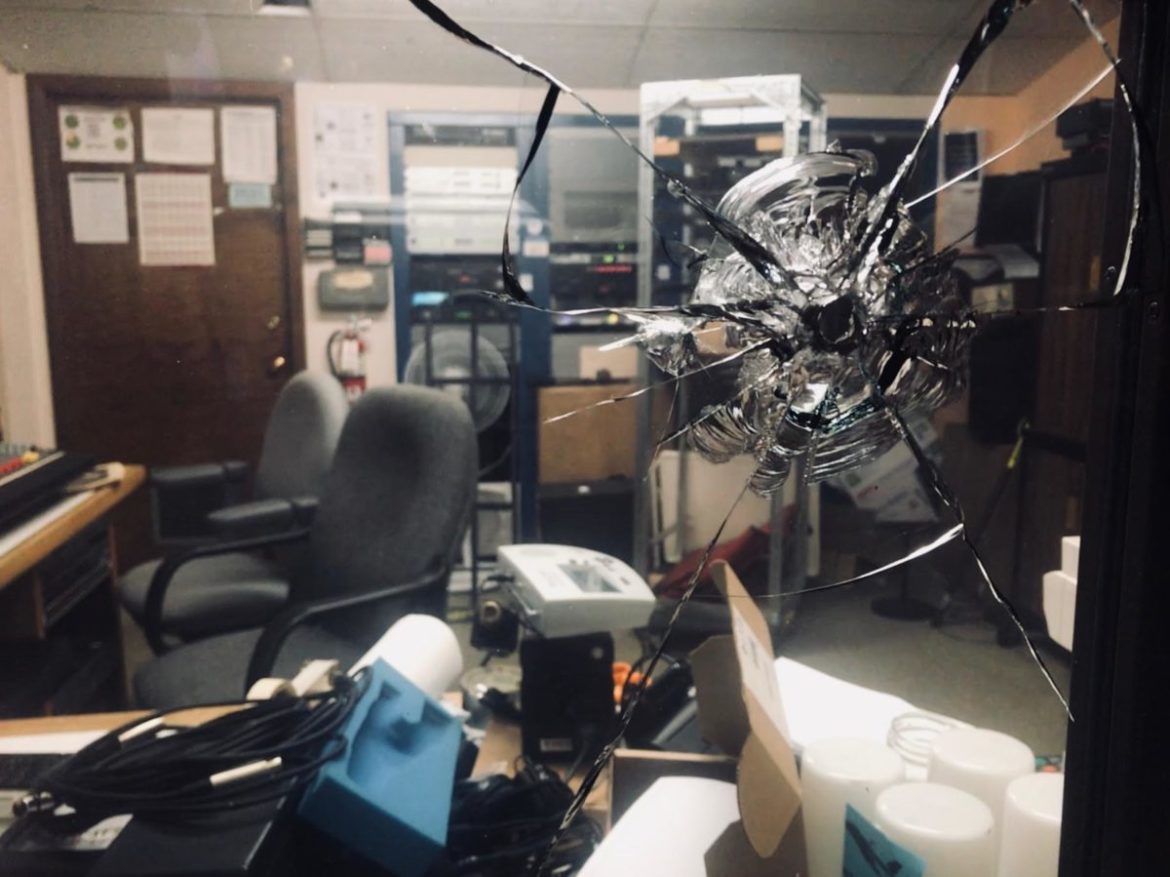 A DJ was injured early Sunday morning after a masked man opened fire inside the studios of WORT in Madison, Wis.

The DJ was released after being taken to the hospital, the station said in a statement about the incident. There were no other injuries.

“As the investigation continues, detectives are becoming confident that this incident is not a random act of violence committed against media,” Madison police said in an update to an incident report. “Indications are this is a targeted act against specific person(s).”

Police have not identified a motive for the shooting. No suspect is in custody, according to the station.

A code is needed to get into the building, Devereaux-Weber told the paper. It’s not clear whether the gunman knew the code or held the door after someone entered the station. The gunman did not speak during the incident, he said.

The station was off the air during a police investigation but signed back on Sunday morning.

“Our station has faced many challenges over our 40 years on the Madison airwaves,” the station said. “And, as always, the community has responded to lend a hand. This is when the community in community radio shines.”

Update: Molly Stentz, news and public affairs director at WORT, told Current, “We are all shaken up but OK.”

The station has changed the building’s keycodes, which are provided to evening and weekend DJs, according to Stentz. The station is also seeking bids from key card security systems that can log entry into the station but does not know “if they’ll be cost prohibitive,” she said.

WORT is also working on replacing the glass in the studio that was damaged during the shooting.

“We don’t yet know how the shooter got in,” Stentz said. “We need our building to be open and accessible to the public, so we are trying to figure out the best way to keep everyone safe and still provide a welcoming space for our community.”

The station is holding a community meeting Tuesday night and will have crisis counselors available for station staff and volunteers, she said.