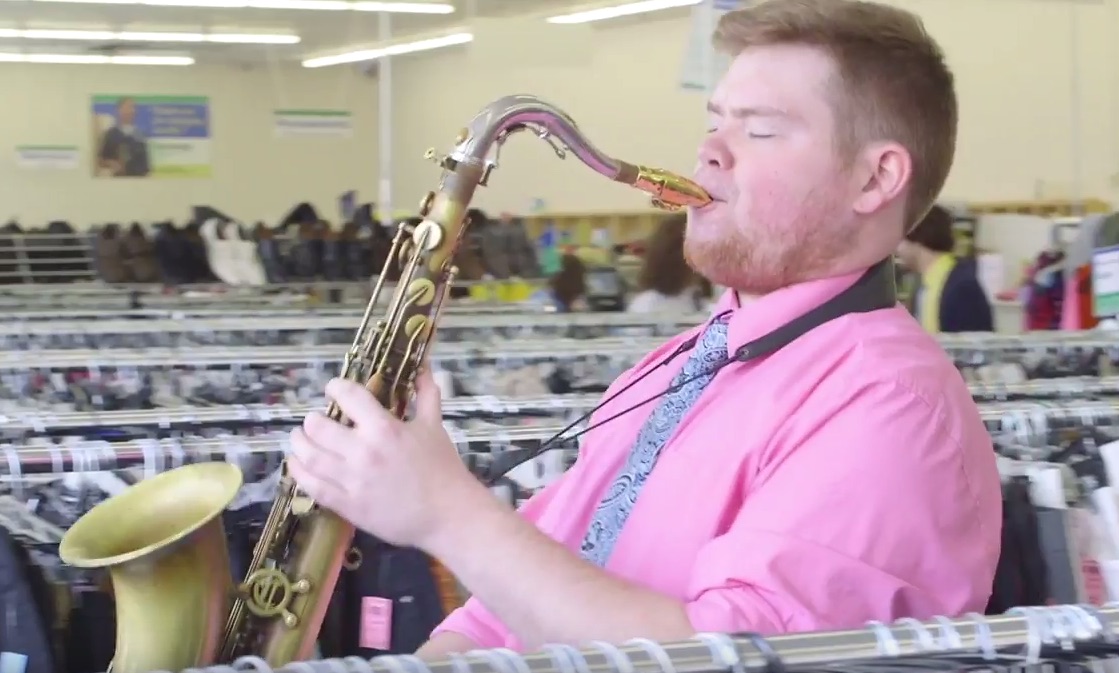 The band Chase and the Barons shot their video inside a Goodwill store, where musicians picked out cardigan sweaters.

As part of its yearlong 50th anniversary celebration of Mister Rogers Neighborhood, WQED is asking local musicians to interpret the show’s happy song of greeting, “Won’t You Be My Neighbor?”

So far, five tunes, in genres from hip-hop to lullaby, are featured online as “The Sweater Sessions.” By the end of the celebration next year, the Pittsburgh station expects to post 15 versions, said spokesperson George Hazimanolis.

The next video, shooting at WQED Tuesday, will showcase station staffers along with their families in a big group sing-along. They’ll be accompanied on piano by Michael Moricz, composer and former music director for Mister Rogers Neighborhood.

Host Fred Rogers is often recalled as an educator, a pioneering children’s broadcaster, writer and ordained minister, but “few knew him as the gifted musician that he was,” the station said in an announcement. “It was one of Fred Rogers’ identities that gave him great joy.” Rogers studied composition in college, and wrote or performed music his whole life.

“We think that Fred would smile knowing that his signature song is being performed and celebrated by local and gifted artists,” said WQED President Deborah Acklin. “His musical legacy lives on.”

The station has been showcasing local musicians through its “WQED Sessions” for two years, Hazimanolis said. Content VP Darryl Ford Williams came up with the idea to produce covers of Rogers’ song “to put a personal touch on the anniversary.”

“We think the results are phenomenal and show the affection each band and singer has for Fred Rogers,” Hazimanolis said. “You can see love and kindness in each song.”

For his hip-hop version, Harvey “Frzy” Daniels gives a shout out to a few favorite characters: Trolley, X the Owl and King Friday. “I remember Mister Rogers changing his shoes and putting on his cardigan. I had to go out and get mine,” Daniels said.

Acoustic singer Morgan Erina said she felt the song lent itself to a lullaby, “comfortable, warm, and safe. I would like to think that he’d like this version. It’s a good tribute.”