After an extensive outreach effort to member stations, PBS officials say they’re confident the low-power translator service that serves as many as 38 million public TV viewers will be safe from the FCC’s spectrum repack process.

By the time the FCC’s extended filing deadline passed June 1, operators of 688 translators carrying programming of 55 member stations had applied for new channels, according to Dana Golub, PBS VP of programs management. That figure includes translators owned by member stations and those licensed to entities such as local associations that operate translators and government agencies that carry PBS stations’ programming. 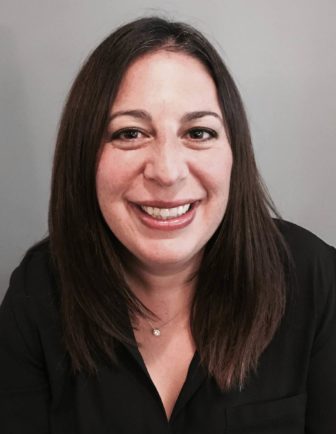 In the weeks before the filing deadline, Golub and other PBS representatives appeared at the PBS Annual Meeting in New Orleans, PBS TechCon in Las Vegas and the National Translator Association’s annual convention in Salt Lake City to try to ensure that every affected station and translator operator knew about resources available to help save their signals.

Operators of full-power stations can receive federal money from auction revenue to pay for moving their stations to new frequencies, but translators were not immediately made eligible for that assistance. T-Mobile, the wireless carrier that bought most of the former UHF broadcast TV spectrum the FCC auctioned last year, agreed to fund the costs for public TV translators to change channels if their existing channels are being displaced. Translators can be bumped when a full-power TV station is repacked onto another channel, for example. Many translators are on frequencies that are being removed from TV service.

“We did a tremendous amount of outreach, ending in personal phone calls to make sure nobody was taken by surprise,” Golub said.

Now that nearly all PBS member stations with affected translators have filed for new channels, most of the next steps are in the hands of the FCC.

The agency will likely take several weeks or even months to divide applicants into two groups, said Melodie Virtue, principal at Washington, D.C., law firm Garvey Schubert Barer. One will be “singleton” applications that do not conflict with any other station’s channel choice and can thus be granted quickly. The other will list groups of “mutually exclusive,” or MX, applications that conflict with each other. Those in the latter category must be resolved by technical settlements or face the possibility of going to auction.

In its outreach process, PBS urged member stations to coordinate with other broadcasters to try to avoid MX conflicts.

“There were none that we’ve heard about,” Golub said, “but that may just mean we haven’t heard.”

While translator operators await the singleton and MX lists from the FCC, they still have plenty of work to do. Even as they await FCC action on displacement applications, many stations have received, or may yet receive, “120-day letters” from T-Mobile notifying them that the wireless carrier plans to begin using its new spectrum within four months.

Those letters trigger an opportunity for stations to move under “Special Temporary Authority,” or STA, to new channels that will allow them to stay on the air while the FCC works through the permanent relicensing process.

Golub says T-Mobile is likely to issue more 120-day letters even after the FCC’s filing window has closed.

“Stations in that situation should disregard the window and proceed with relocation, file for an STA based on the channel they filed in the displacement window, and then proceed, hopefully, with relocation to that channel, assuming the channel is granted by the FCC,” she says.

PBS is urging all its translator owners to immediately start planning their moves, whether under STA or awaiting a final grant. Each should figure out what equipment and services they’ll need for their channel change and apply for grants for reimbursement as soon as possible, Golub said.

“We want to maximize efficiency and our time and stations’ time,” Golub said. “But you don’t want to start buying equipment until you receive a commencement of operations letter [from T-Mobile] or a construction permit from the FCC.” Once those processes get underway, Golub says the grant program will move quickly to reimburse stations for expenses or provide advance payments when invoices are submitted.

Virtue says Congress may still appropriate some federal funding to assist in translator relocation. In late May, Golub and other PBS officials met with the FCC to review the guidelines for the PBS/T-Mobile program, urging the commission to adopt similar guidelines for federal repack funding. “We wanted to show the knowledge we’ve gained from handling this program,” Golub said.

Meanwhile, translator operators await the full results of the filing window that closed June 1. When the filings are sorted out, translator applicants may still face one more hurdle: Their applications will have second-class status to another set of low-power signals also eligible to be displaced to new channels. “Digital replacement translators,” or DRTs, are a special class of translators that filled in service, mostly for commercial stations, when full-power digital signals didn’t fully replicate analog TV coverage after the 2009 transition to digital TV.

“We don’t know how many DRTs are going to come in and have priority over translators,” Virtue said. “If you’re in an MX with a digital replacement translator, they automatically win without going to auction. We’re just hoping [PBS translators] don’t get bounced by any.”

In the meantime, she praised Golub’s and PBS’s hard work in preparing member stations for the translator filing window.

“There are so many deadlines that are overlapping, depending on what window you’re in and what you’re filing for,” she said. “It can make you go batty.”