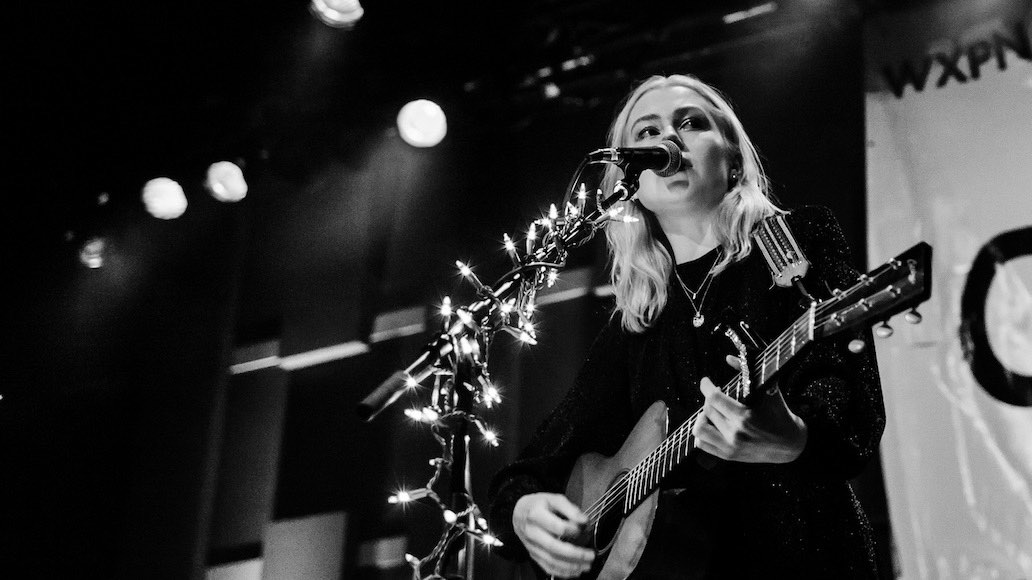 Singer-songwriter Phoebe Bridgers performs May 15 at the NonCommvention, held at WXPN's studios in Philadelphia. The conference included the kickoff of the noncomMUSIC Alliance.

Public radio music stations of all genres have joined forces to press for copyright reform on Capitol Hill.

As lawmakers debate legislation backed by the big players in digital music streaming, the stations are building a case for changes that address the challenges they face as multiplatform noncommercial services.

Participants in the noncomMUSIC Alliance, a collective of more than 100 stations billed as the first cross-genre effort among broadcasters, say complex, dated music-licensing requirements hinder innovation within public radio. Current law inhibits production of podcasts, for example, as well as pubcasters’ ability to freely publish live performances and build libraries of content that can be distributed on multiple platforms. Advocates say the Digital Millennium Copyright Act, enacted in the late 1990s, hasn’t aged well with the rise of multiple publishing platforms.

Working with NPR, the stations formed the alliance and have been meeting with lawmakers to explain differences between public radio and commercial media. Through a website featuring stories about stations’ work and a social media campaign, the alliance aims to build a community of music enthusiasts who can be rallied to their cause. 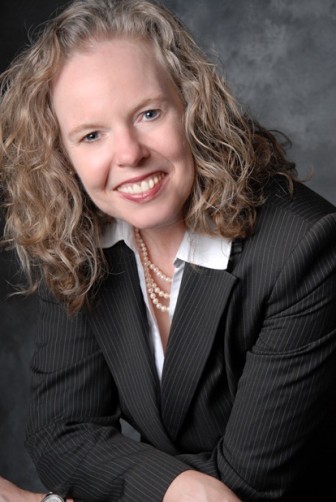 “We need to band together with other artists and other public media stations that are confronting these barriers as well,” said Brenda Barnes, CEO of Classical KING FM in Seattle and a member of the alliance’s advisory council. “We need to shine a much stronger light on the impact of legislation on innovation in the nonprofit space.”

Lawmakers don’t recognize public radio music stations as a network with common interests, organizers said. “When we’re up on the Hill talking about copyright reform and how it impacts public radio’s role in music, there’s no real sense of a public radio music network,” said Mike Riksen, NPR’s VP for policy and representation, and executive director of the alliance, during a May 15 meeting for station managers and program directors.

“It’s increasingly important that we not just be a bunch of great little operations all around the country, but that we’re able to speak on certain things with one voice,” said WXPN GM Roger LaMay in his welcome to conference attendees.

Hampered by a ‘time-consuming process’

For stations, licensing a piece of music for use on platforms other than radio is often a piecemeal effort that involves an alphabet soup of organizations and legal requirements. The regulatory environment makes it difficult for stations to provide music in all the formats listeners want, organizers said. 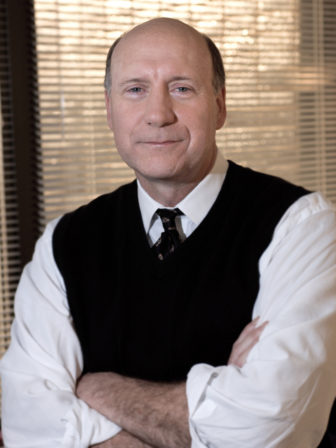 NPR and CPB have an agreement with the performance-rights organization SoundExchange that covers royalties for public stations’ webcasts of music; the current contract extends to 2020. But there’s no similar blanket agreement to cover use of music in podcasts, said Melodie Virtue, principal with the law firm Garvey Schubert Barer in Washington, D.C., in an interview. Stations must license every piece of content individually, and songs may have multiple copyright owners. “You may need to go through band members or their music publishers; you may need to go through their label — and that’s just for one song,” Virtue said.

The agreements between artists, labels and WXPN for live performances during the conference offered another example of the multistep process involved in music licensing. Conference attendees moved between upstairs and downstairs performance spaces every evening for well-timed 25-minute sets by featured artists.

“Generally speaking — and it was true this year — all the bands agreed to live-streaming video, and obviously broadcast” on WXPN, LaMay said. “And then it varies from there.” Record labels can have a wide range of expectations for how performance content is broadcast and archived, LaMay said. Nearly all the bands let WXPN archive two video tracks and usually audio as well.

When an artist covers a hit composed by another musician, broadcasting and archiving it requires another layer of negotiation for publishing rights. “We discourage covers,” LaMay said, “but we know it works great for the crowd.”

“We need to shine a much stronger light on the impact of legislation on innovation in the nonprofit space.” — Brenda Barnes, Classical KING FM

“The goal is to try to have umbrella agreements that most of the labels will sign on to,” LaMay said. “Right now it’s an incredibly complicated and time-consuming process. If it’s 15 different labels involved, it’s 15 different conversations and negotiations.”

At a May 15 launch event for the alliance that preceded the conference, a few dozen station managers and program directors traded stories about their experiences navigating copyright and licensing challenges. Bill Johnson, GM of WRTI in Philadelphia, said his jazz station presents up to two live performances weekly. To avoid the legal licensing quagmire, artists perform music that’s in the public domain.

Minnesota Public Radio’s The Current has turned down artists who offered to do in-studio performances because of the difficulties involved in getting permission from multiple copyright owners, said PD Jim McGuinn. And Susan Rogers, executive VP and GM of WXXI in Rochester, N.Y., said YouTube has pulled some of the station’s classical content, even though it had been properly licensed.

In-studio performances require a “sync license” to synchronize music and other audiovisual elements that may require consent from the label and artist. Labels are becoming more reluctant to grant the rights stations needed, said Scott Bell, general counsel for Seattle’s KEXP.

“My own personal view is that concern by the labels is a result of fear of the future,” Bell told the casually dressed group of station colleagues gathered in a bright glass-walled boardroom overlooking downtown Philadelphia. “What is the role of the label in the future? I completely understand some of the reticence that we’re seeing, but it’s making our lives very difficult in trying to get the sync licensing that we need for 300-plus in-studios per year.”

Station leaders say the Digital Millennium Copyright Act is out-of-sync with today’s environment of multiplatform distribution of musical works. For example, the DMCA limits how many songs from one artist or album can be webcast in a three-hour period.

“It’s totally lagging behind,” Virtue said. “There are so many people, with so many vested interests, that I don’t know how Congress can come up with a bill that everyone would be happy with if you tossed what’s there and started over. It becomes like a cactus — people hang on changes to the copyright act, but you’re stuck with the same core.”

Congress passed the DMCA when record companies wanted to discourage people from recording music off FM radio. With so many options for listening to music today, few people would think to do that, Barnes said.

“What we’re advocating for is to look at copyright law that’s in existence and bring it into the modern era and the digital era,” Barnes said.

Congress is debating the Music Modernization Act, which unanimously passed the House in April, while the Senate has introduced its own version. The deal was brought by the big commercial players, including Pandora, Spotify, Amazon, Google and Apple. It would establish federal copyright protection to artists who recorded music before 1972 and allow artists to share royalties with studio producers. It would also create a database to be maintained by digital service providers that would house licensing information.

NPR is working through a solution with legislators to spare public radio from unexpected fees and reporting requirements, according to Joni Lupovitz, senior director for public policy. In her meetings on the Hill, she has found that legislators are not thinking about public radio as a sector beyond over-the-air broadcasts or straight streams, she said during the pre-conference alliance event.

That’s not surprising, given that music stations have tended to operate more as individual entities, Barnes said. Unlike NPR news stations that air many of the same national programs, they aren’t considered part of a network.

“Most music stations are producing the vast majority of their own content,” Barnes said. “There’s not that programmatic reason to get together and talk on a regular basis. That’s part of the reason it’s taken a little longer for music stations to get organized around copyright and music licensing.”