Indian Country Today, a publication focused on Native American issues, is relaunching Monday with a business model styled after public media’s cultivation of grant funding and donations from audience members.

ICT is also seeking an expanded presence within public media by producing a newscast for Native radio stations about Native issues on Capitol Hill.

Founded in 1981, ICT previously ran a website and published a bimonthly magazine. In September, the Oneida Nation, owner of ICT since 1998, sought to end the publication, citing an unsustainable business model. The tribe donated the publication to the National Congress of American Indians, which worked with consultants to consider alternative funding models and decided to relaunch the publication.

“We recognized that there was such value in Indian Country Today,” said NCAI Executive Director Jacqueline Pata. “For many, many years, Indian country had had a hard time making sure that our stories were told from our voices, and Indian Country is a vehicle to make that happen.”

At the time of its shutdown, ICT’s woes included declining ad sales, an unmanageable freelance budget and high costs for website maintenance, according to Mark Trahant, the publication’s new editor in chief. A new model based on grants and reader donations was the “only plausible way forward,” Trahant said. 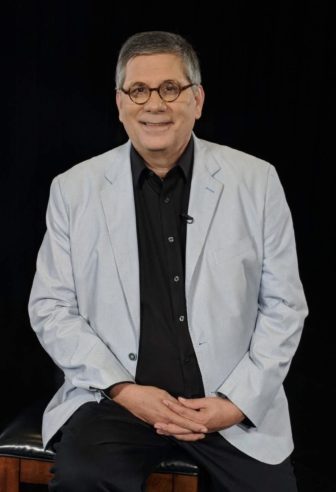 “I really want to make sure we grow slowly and sustainably,” Trahant said. The new editor, a veteran journalist and member of Idaho’s Shoshone-Bannock tribe, is the author of Trahant Reports, a blog about Native issues. He also records weekly commentaries for Native public radio stations and hosts and produces Wassaja, a weekly show about Native people and issues for the public TV network First Nations Experience.

Under its new direction, ICT will focus on “service, rather than making a profit,” Trahant said. In addition to providing original reporting from its staff, it will rely more on freelancers and other tribal news publications and will republish press releases from Native organizations.

To rely less on advertising, ICT will aim to raise $100,000 each year through two membership drives. It exceeded an initial goal of $50,000 through an Indiegogo campaign, with support from more than 600 donors.

ICT will continue to earn income from advertising, which Trahant expects will make up about a third of its annual $1.2 million budget, and will seek foundation grants to cover about 40 percent of revenues.

Its newscast for Native radio stations will come from a small studio to be built in its Washington, D.C. offices. The 3-5 minute segment, Washington Reports, will be considered for carriage by Native Voice One, a radio network of Native programming.

Trahant “is looking at the Native angle of the story, which often isn’t brought forward in other outlets,” Daves Moses said. “It brings stories to light and also takes stories that are well-represented in the media and looks at how they impact Native people.”

Before it ended publication, “Indian Country Today was a go-to source,” said Daves Moses. “It was an outlet that would get to the stories in a really timely way and have in-depth reporting that other outlets may not have the ability to do.”

With the relaunch, Trahant looks to return Indian Country Today to serving a community that he sees as under-represented in the media.

“This is saying ‘Let’s serve our own folks’ with a product that’s high-quality and delivering information that the mainstream media misses,” Trahant said.

One thought on “After hiatus, Indian Country Today returns with business plan borrowed from pubmedia”