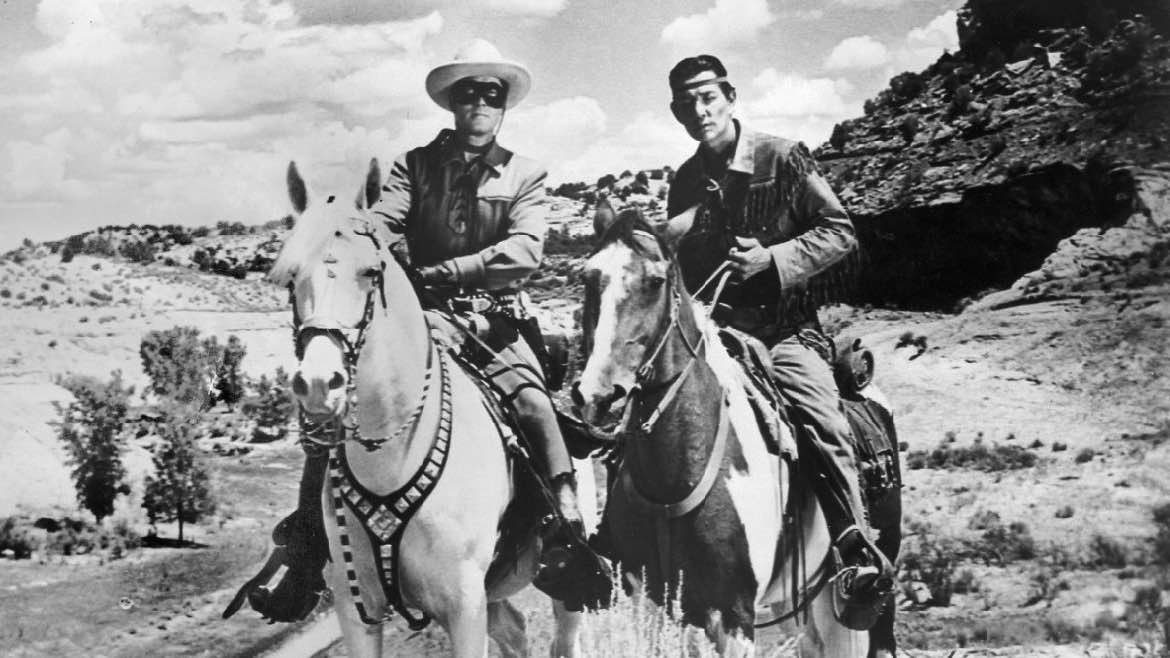 Some public radio stations still rebroadcast the radio version of "The Lone Ranger," which includes the Native American stereotype of sidekick Tonto.

When National Geographic editors decided to publish “The Race Issue” in April, they knew they first had to acknowledge their racist history. The issue included an article headlined “For Decades, Our Coverage Was Racist. To Rise Above Our Past, We Must Acknowledge It.”

“Undertaking this has been enormously beneficial to our organization,” National Geographic Editor in Chief Susan Goldberg told me about the magazine’s analysis. “Owning your past, and then being transparent about it, sends a clear message to your audiences.”

National Geographic’s effort prompted radio journalist Deepa Fernandes to wonder in a tweet “if our #publicradio leaders can initiate such a delve into past — (and present) — racist coverage, and own it, and plan to change things.”

I say we can. I challenge my public radio colleagues to conduct a comprehensive analysis of racial inequities in our content, past and present. I’m proud of our reporting, and I’ve been a fan for much longer than I’ve worked in public radio. But I recognize that we don’t always get things right. An analysis of our content could reveal how our perspectives have been limited, when we have elevated white people to expert status over people of color, and when we have used biased language.

An analysis such as this would be no small task, but I believe that if we put our minds to it, we can start prior to the Public Radio Program Directors conference in August, where many of the most powerful in our industry will gather. Given the state of race relations in our country, this should be a priority. At the conference, we could look at the results together as a community and use them as a starting point for more racially equitable coverage.

As an example, some public radio stations are still airing radio dramas from the “golden age of radio.” Like some of National Geographic’s coverage from decades ago, these shows perpetuate stereotypes by using racist caricatures. By rebroadcasting the shows we are introducing new audiences to these tropes.

I myself have rebroadcast on public radio The Lone Ranger and other such shows. The Lone Ranger’s Native American sidekick, Tonto, was first played on commercial radio by John Todd, a white man. The character spoke without using articles — “You risk life. Tonto risk life.” How can we justify perpetuating such harmful stereotypes by continuing to broadcast them?

As for new content being produced, I hope we can approach a comprehensive analysis of racial inequity in the spirit of learning and improving. Some are doing this work already. On an episode of NPR’s Code Switch, co-host Shereen Marisol Meraji interviewed Mark Memmott, NPR’s standards and practices editor, about the newsroom’s decision to not call President Trump’s infamous “shithole” statement racist. She contrasted that with a 2015 decision to label comments made by Louis Farrakhan racist.

Memmott stood behind the decision to avoid the word “racist” in describing Trump’s statement. But as for how the network characterized Farrakhan, Memmott said, “We shouldn’t have done it that way.”

In another recent instance, NPR ombudsman Elizabeth Jensen reviewed an NPR story about targeted Facebook advertising. The story used a hypothetical example that connected black men and killing cops, which some listeners criticized. “NPR gave voice to an offensive stereotype without an explanation for why it was doing so, and many layers of newsroom staffers who should have immediately realized there was a problem — or reacted quickly when apprised of it — did not,” Jensen said.

Asked to reflect on what the newsroom learned in that case, Memmott said that “all those in the process are aware of what went wrong, have discussed it and will have learned from it to be more vigilant.”

That is the goal. As Memmott points out, mistakes will happen. We need to take time to look at them and discover what in the process allowed for the mistake.

This is not about pointing fingers and shaming, which will not be helpful. This is about considering how white privilege is playing out in our newsrooms. If your first reaction is “It’s not,” know that white privilege is sneaky. It permeates our society in hidden ways.

‏What would a racial inequity analysis look like for public radio? We could follow the model of National Geographic and invite a historian to listen to and assess our programs. But public radio is much larger and more decentralized than a single magazine. Each of the over 900 locally owned and operated NPR member stations in the U.S. determines its own content. Who might spearhead such an assessment?

CPB might be the most appropriate entity. The Public Broadcasting Act outlined CPB’s “responsibility to encourage the development of content that … addresses the needs of unserved and underserved audiences, especially children and minorities.” And though it does fund programming, it does not directly produce any programming.

NPR or other public radio program distributors such as PRI, PRX or American Public Media could also take the lead. If one of these organizations steps up, it could offer a coordinated effort to perform the same analysis for all willing participants. Or a trade organization like the Public Radio Program Directors Association or the Public Radio Regional Organizations could also begin the conversation. But no matter who leads the effort, assessing public radio programming on a national level is critical.

In addition to a concerted effort to examine national coverage, it’s just as important that stations assess their own content. Why not invite local community members to help with analysis? Such efforts would be more complicated but would yield richer conversations. A station might extend an invitation to community members of color to talk about a racial inequity analysis, including them in the process early on rather than dictating how it should play out.

I was recently introduced to the Reporting on Race Toolkit — created by a group of journalists, including several in public media — which includes the following:

“Bringing people [from underrepresented] communities into the station environment and sharing information about newsgathering processes can help build mutual trust and improve coverage. Some of these individuals will become much-needed eyes and ears within their neighborhoods and they can provide valuable feedback on how the station is being perceived.”

Do public radio stations know how their communities perceive their coverage? Are we willing to find out?

Armed with knowledge from analyzing inequity, we can develop and share tools to add to our editorial process. For example, a simple racial-equity tool presented in a Forward Community Investments webinar asks these questions:

By answering these questions, public media journalists can more deeply understand how our content affects the community of listeners we are serving or hope to serve. If any of the answers are surprising, we might discover what our privilege has caused us to overlook.

When I asked National Geographic’s Goldberg what is next for the publication, she said, “We are putting a stake in the ground to handle these issues better in the future. Doing this has sparked great discussion in the public and among our staff — that’s all to the good.”

If you agree that an analysis of racial inequity in public radio content can improve our coverage, please reach out to advance the idea. Now is the time to perform an analysis and commit to using the results to better serve our audience.

Jennifer Dargan is studying bias and newsroom culture as a 2017–18 John S. Knight Fellow at Stanford University. She is on leave from her position as Ideas Network assistant director at Wisconsin Public Radio. An earlier version of this commentary was first published on Medium.