Connecticut Public Board Chair Tom Barnes said Franklin “has played a transformational role in growing and securing the future of this organization.” 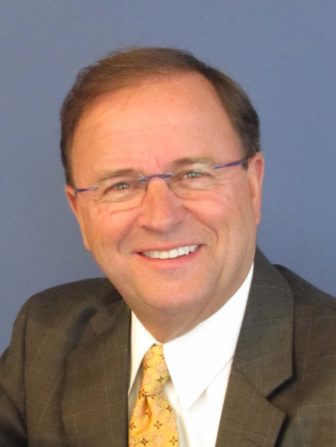 Franklin earned the Hartford Business Journal’s Lifetime Achievement Award in 2014 and a Silver Circle Award in 2013 from the Boston/New England Chapter of the National Academy of Television Arts and Sciences.

Prior to joining Connecticut Public Broadcasting in 1985, Franklin served as GM at WGBY-TV in Springfield, Mass.

Franklin will assist the board with its national search for his successor.

WAMU in Washington, D.C., announced two additions to the staff of DCist, the local news website it’s reviving after a multi-station acquisition earlier this year. Lori McCue is the arts and food editor. She was previously features editor at the Washington Post’s Express. And Natalie Delgadillo joins as a staff writer after covering state and local issues for Governing. Delgadillo also wrote for CityLab Latino.

The station has also hired Jordan Pascale to cover transportation. Pascale is transportation reporter at the Virginian-Pilot in Norfolk.

Will Griffin is retiring from Nashville Public Radio Thursday after 33 years at the station. Griffin hosts classical music on the station and has also anchored local broadcasts of NPR’s newsmagazines. “I’ve heard that from a lot of people, that they seem to be comforted or soothed by the way I speak, and I’m really happy for that because that’s important,” Griffin said in a send-off post on the station’s website. “I mean, life is hard. If I can bring people that little bit of help through the day, that’s been as important to me as anything else.”

Enrique “Mag” Rodriguez is the first program director of Backline, the new music initiative from 88Nine Radio Milwaukee and gener8tor, a business accelerator. Backline aims to educate and fund emerging musicians in the city. Previously Rodriguez worked as talent manager for Milwaukee-based hip-hop musician IshDARR. Backline will offer a 12-week accelerator session for musicians starting Saturday at the station. 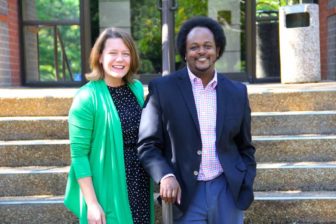 Mississippi Today announced two new executives and hired two journalists. Ryan “R.L.” Nave rises from news editor to editor-in-chief of the nonprofit state newsroom. Nave was an original member of the editorial team at the organization’s launch in 2016. Earlier in his career he served as news editor at the Jackson Free Press, where he also reported on local, state and national issues. Mary Margaret White is marketing and development director. She previously held leadership positions at the Mississippi Development Authority and the Mississippi Arts Commission. Bobby Harrison is the lead capitol reporter. He has covered state government and politics since 1995 for the Northeast Mississippi Daily Journal in Tupelo. And Erica Hensley is an investigative and data reporter. Her writing has appeared in Rural Health Quarterly and on WebMD and Georgia Health News.

Rob Byers will return to Minnesota Public Radio/American Public Media next month as director of broadcast and media operations. Since 2016 he’s worked as a production specialist in NPR’s training unit, where he was involved in producing Story Lab Workshops and an “Ear Training Guide for Audio Producers.” Byers started his public radio career in 2003 as an NPR audio engineer. When Byers made his first move to MPR/APM in 2008, he managed technology operations for shows such as Marketplace and Performance Today.

Jules Shapiro has joined the Institute for Nonprofit News to lead marketing and communications. Previously Shapiro managed marketing for East Bay SPCA and managed digital marketing for the American Association of Advertising Agencies.

Six members of the Association of Independents in Radio will partner on special projects with veteran producers this summer as Learn from Legends Fellows. Rebecca Lee Douglas, a multimedia producer based in New York City, will work with Heidi Chang on a podcast. Allison Hausman, who specializes in storytelling to support social change, and Sandra Rattley of Futuro Media will also work on a podcast, focusing on women’s stories. Boston-based journalist Maria Murriel will join Peabody Award–winning writer Dmae Roberts to structure and research a large storytelling project about Peru. Harry Sultan, a freelance radio storyteller in New York City, will collaborate with journalist and educator Karen Michel to create a four-part series about the history of gambling in Saratoga Springs, N.Y. Carol Vassar, who directs social media for a Connecticut healthcare system, will team up with influential radio dramatist Tom Lopez on The Kiss, a first-person docudrama about a forbidden first kiss. And Brooklyn-based producer Jessie Wright-Mendoza will partner with Reveal’s Cheryl Devall on a story about violations of the Emergency Medical Treatment and Active Labor Act, or “patient dumping.”

Correction: An earlier version of this article gave the incorrect location for WGBY. It is in Springfield, Mass., not Boston.