Hosting the weekly half-hour show is Margaret Hoover, a political commentator and Republican strategist. Hoover worked in the White House under President George W. Bush and is author of the book American Individualism: How a New Generation of Conservatives Can Save the Republican Party. More recently, she was a contributor for CNN and Fox News. 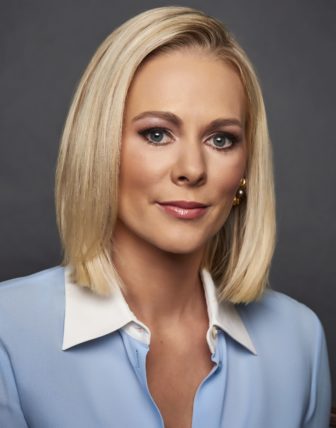 Hoover is also the great-granddaughter of President Herbert Hoover, founder of the Hoover Institution at Stanford University, which houses the archives of the original Firing Line.

Firing Line with Margaret Hoover will feature “the brightest minds and freshest voices from across the political spectrum to engage in a contest of ideas about important issues confronting our nation,” WNET said in a press release.

“The show will maintain the character of the original series by William F. Buckley, providing a platform that is diligent in its commitment to a balanced exchange of opinion,” the release added. “The series comes at a time when meaningful discourse is needed more than ever.”

The new show will also include archival footage of the original Firing Line. Hosted by William F. Buckley, the interview show aired more than 1,500 episodes from 1966–99. It began airing on public television in 1971.

Natasha Padilla, associate director of audience engagement at WNET, declined to provide more details about the show’s format but said more information would be shared in coming weeks.

The initial order for the series is 29 episodes, with the first three airing on WNET at 10 a.m. Saturdays beginning June 2. The remaining episodes will be made available for PBS stations to air nationwide starting June 22 through PBS Plus. Stations will be able to air the show any day of the week. Padilla declined to say how many stations will carry the program.

The show will be executive-produced by Tom Yellin of The Documentary Group and Hoover and is being supported by Stephens Inc., The Robertson Foundation, Marlene Ricketts, The Asness Family Foundation, Daniel S. Loeb, the David Tepper Charitable Foundation Inc. and Spencer B. Haber.

The Firing Line reboot is the second public affairs show with a conservative host from President George W. Bush’s administration to come to public TV in recent months. Earlier this month, PBS and WETA in Washington, D.C., launched an eight-week run of In Principle, a public affairs show co-hosted by former top Bush aide Michael Gerson.

This story was updated to note that the show will be fed to stations through PBS Plus.