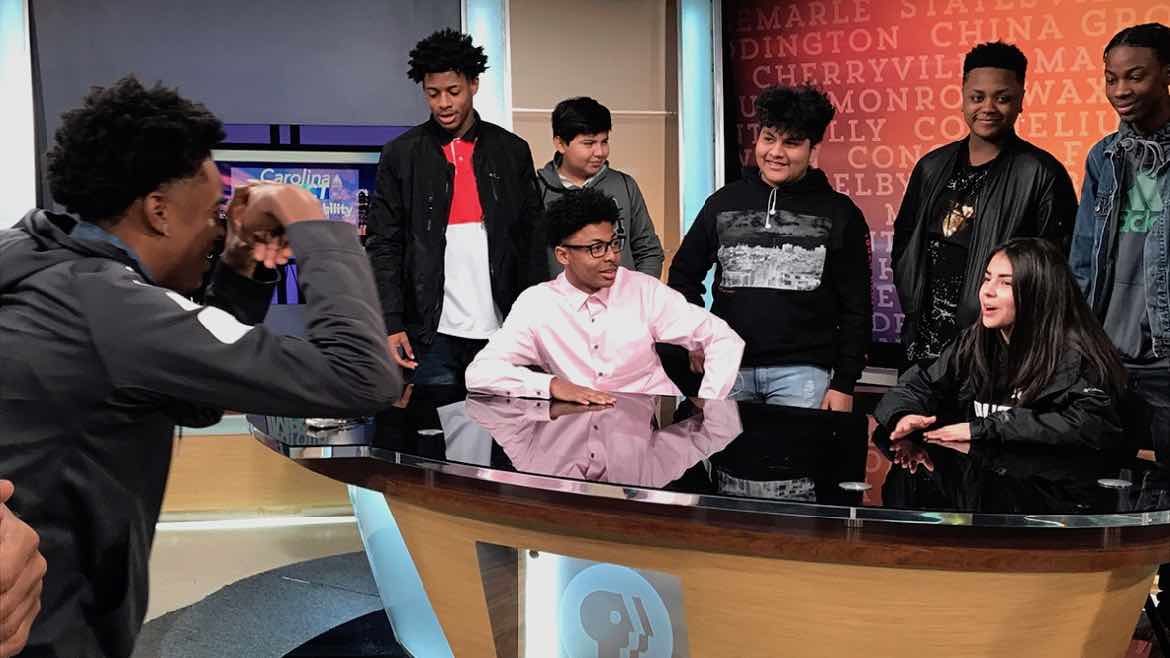 Plugging workers into “middle-skills” jobs, which require training but not a college degree, is becoming a priority in many states and communities. Those careers — such as electricians, dental hygienists, paralegals, construction workers and police officers — make up the largest part of the labor market in all 50 states, according to the National Skills Coalition.

“The need for skilled people in our workforce is only growing, and as students begin to think about their future post–high-school diploma, this is an important consideration,” said Amy Shaw, SVP of engagement and content at Nine Network. The St. Louis pubcaster continues as lead station for the initiative’s latest phase, American Graduate: Getting to Work.

Shaw said that through previous American Grad work, “stations have heard clearly in conversations with community partners that young people are not aware of the various career pathways available after high school or the organizations that are working to prepare job seekers with skills that will fill the gap in our current and future workforce.”

So the latest grants allow public broadcasters to produce content to help kids discover those opportunities. Stations are working with partners such as local and state education and workforce agencies and community nonprofits. Nineteen stations received $3.7 million in grants announced in January ranging from $170,000 to $200,000.

Some grantees have years of experience in education and job-skill engagement, such as KUEN in Salt Lake City. Since the station took over a state-funded career website in 2015, registrations have increased almost threefold. Other pubcasters, such as Idaho Public Television, are first-time American Grad participants. The station is hiring a full-time multimedia producer for the project.

And PBS Charlotte is using its grant to reach more deeply into some of its community’s poorest high schools. The North Carolina station’s work includes a series of inspirational videos starring ambitious youngsters that played on the Jumbotron at a sold-out Hornets NBA game.

“In 28 years of television including multiple regional Emmys, I’ve never been more excited about anything in my career,” PBS Charlotte GM Amy Burkett said of the station’s project.

‘The hottest issue in our community’

PBS Charlotte’s “3D Project: Dreamers, Doers, Destiny” is its first engagement plan that will stretch over four years. The initiative, tied to the state’s focus on upward economic mobility, kicked off last fall and runs through spring 2021.

As many other stations have done, PBS Charlotte is using CPB’s $200,000, two-year grant to grow additional funds. According to CPB, local American Grad grants have helped generate an additional $17 million at stations from 2011­–16.

New programs in Charlotte “can be hard to fund,” Burkett said. “People want to see that we’re committing to four years. American Graduate backing makes it a lot easier to raise the money for the next two years.”

Charlotte had the “dubious distinction,” Burkett said, of ranking last in economic mobility among 50 of the largest U.S. cities in a 2014 study by Harvard and the University of California, Berkeley. So the Getting to Work push “is perfect for us,” she said. “It’s the hottest issue in our community. Everybody is talking about being part of the solution. And we are the convener.” 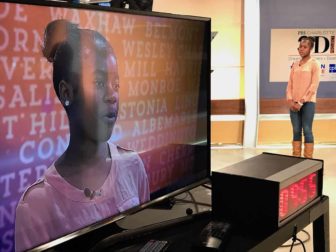 High-school student Karen Shonganie delivers her “I Have a Dream” speech at PBS Charlotte’s studios.

The station is using its grant to fuel a three-part project. For “Dreamers,” it’s creating 32 five-minute video features and promos spotlighting people who have successfully moved out of poverty. One is a former drug dealer who now runs a barbershop and developed the nationally recognized “Cops and Barbers” community discussion series.

Next comes “Doers,” which will report on students from Charlotte-Mecklenburg Schools who have earned scholarships to Central Piedmont Community College. And for the “Destiny” phase, spanning the entire four years, station staffers will teach 600 students at five high schools TV production skills to research, write and produce “I Have a Dream” speeches.

Burkett is already witnessing how the speech project is changing lives. After five weeks of instruction, she said, “they are different kids. They stand taller. Some are terrified — one young woman started out crying in a corner. I told her, ‘If you can overcome your fear of public speaking, you can overcome anything.’ And she did.”

The videos are posted on the station’s website. Several will also be broadcast as interstitials.

But it was a special presentation on the Jumbotron at a sold-out Charlotte Hornets game in January that really got the kids excited, Burkett said. The team invited the students to attend over Martin Luther King Day weekend to see videos play in front of 20,000 fans. “Everybody cheered” for the videos, Burkett said, who added that the moment was as overwhelming for her as for the kids.

“We’re so honored to do the work,” Burkett said. “The kids I get to work with light up and say things like, ‘This is so great, no one’s ever talked to us about this.’ They ask great questions. They’re so passionate. They want to learn about finding a career that’s right for them.”

A year of technology education

KUEN in Utah is helping kids find their careers by building on the success of UtahFutures.org, which the state created in 2009, said COO Laura Hunter. The portal helps users identify professional interests and pinpoint education and job opportunities.

With its $200,000 KUEN is creating 20 short “myth-busting videos” that challenge misconceptions about middle-skill careers, Hunter said. Other videos will highlight success stories to inspire kids to look into those jobs. The content will appear on KUEN and its public media partners statewide, their websites and social media accounts. The grant will also fund events including roundtable discussions about a career toolkit for parents.

Like many American Grad projects, a consortium of partners across multiple fields provide input for the portal. State organizations include the Board of Education, the State Library, the Department of Heritage and Arts, the Utah College of Applied Technology and the Department of Workforce Services. 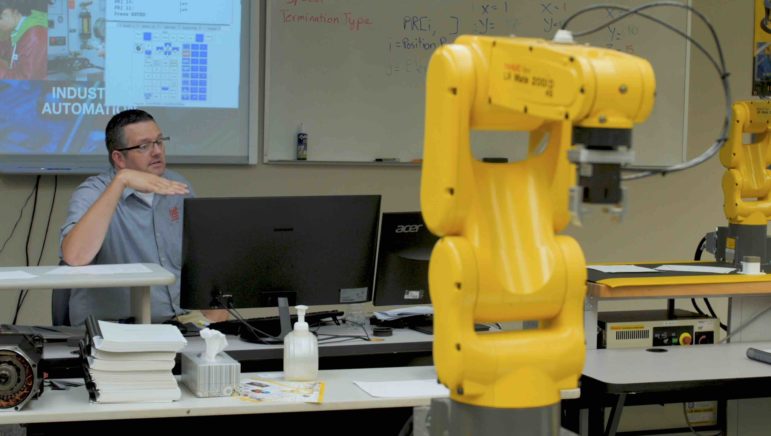 KUEN, an educational independent TV station, “is viewed as the convener and a natural partner,” Hunter said. “A lot of people on the UtahFutures steering committee said it makes so much sense to have us lead this work.” KUEN received its first American Graduate grant in 2014.

The station has long been recognized as an education hub. So the new focus of American Graduate “isn’t really a big shift for us,” said Jennifer Gibbs, project manager. “We’re inspiring more students to stay in high school, because the excitement they experience for the work ahead of them is so much greater when they realize there’s a game plan for them to find work they really love.”

“Through this project, KUEN will help more Utahns make well-informed decisions about education and career planning,” said David Woolstenhulme, commissioner of the Utah System of Technical Colleges, in the grant announcement.

But the new phase of American Graduate “seemed like a perfect fit” with the state’s workforce focus, he said.

With its grant of $198,000, Idaho PTV has hired a multimedia producer to collaborate with partners on job videos targeting parents, students, career counselors and business and industry representatives. “The same story may be cut very differently to appeal to, say, a 16-year-old and the HR person at Chobani,” Pisaneschi said.

Yogurt manufacturer Chobani is one company actively seeking trained employees in the state. Chobani’s CEO recently announced a $20 million expansion of its facility in Twin Falls, Idaho, already the world’s largest yogurt plant. A community college is teaching workers how to program and operate specialized equipment at the plant, Tucker said.

With middle-skills jobs, “if you have a certificate or two-year degree or journeyman experience, you can make much more than minimum wage.” — Jeff Tucker, Idaho PTV

Another major state industry that needs a skilled workforce is logging. “This isn’t your father’s or grandfather’s idea of a logger,” Pisaneschi said. “This work is computerized and uses lasers. In the old days, all you needed was to enjoy physical labor outdoors. Now it involves high-tech skills.”

“We’ll be helping young people understand how those skills also open up possibilities for other careers as well,” he said.

In previous station education engagement work, “we’ve found that lot of parents are reluctant to have kids go on to higher education because they don’t want them to leave the community,” Pisaneschi said. “But having a trained workforce available there will make industries interested in those communities.”

Workers in Idaho earn some of the lowest wages per capita in the nation, Tucker said. With middle-skills jobs, “if you have a certificate or two-year degree or journeyman experience, you can make much more than minimum wage.”

“If a groundswell in Idaho can take hold and chip away at the barriers to students doing this,” Tucker said, “we can actually make a difference in the state.”